Quality of Life Plan works with residents, landlords and police.

By Andrea Waxman, Milwaukee Neighborhood News Service - Dec 9th, 2014 10:54 am
Get a daily rundown of the top stories on Urban Milwaukee 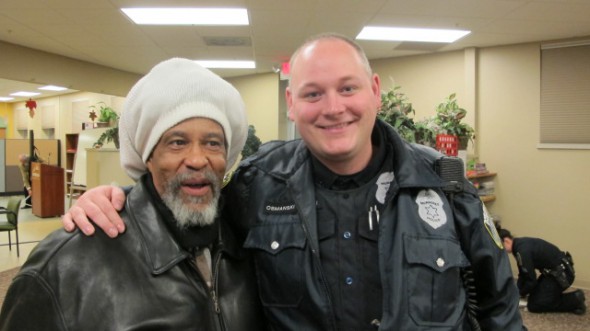 About five years ago, Sherlon and Orlando Butler got fed up with the poor condition of some properties on the blocks surrounding their home at 44th and Garfield streets in Washington Park.

Determined to protect their property investment and the quality of life in the neighborhood, the Butlers, residents since 1992, contacted Washington Park Partners (WPP) for help identifying and reaching out to those landlords.

“We didn’t know of any other way to do it. We were concerned about the properties bringing down our neighborhood and we weren’t going to stand and let it happen,” Sherlon Butler said.

That kind of assertive approach to community improvement was echoed by a number of residents who turned out for WPP’s recent annual gathering at Community Care, 3220 W. Vliet St.

And like the Butlers, whose first contact with WPP led to involvement in many facets of the organization’s work, other attendees also said that their willingness to take action on one front blossomed into fuller community engagement.

“We are definitely on board with the positive changes that are happening around us,” said Sherlon Butler.

David Johnson grew up spending a lot of time in Washington Park. A homeowner in the Martin Drive neighborhood since 2009, Johnson said he has “always been committed to helping our neighborhoods become better places to live.”

Johnson was involved in implementing the Washington Park Quality of Life Plan since 2004 and recently has served as a “farmer in residence” for WPP, supporting community gardens in the neighborhood. That led to the chance “to serve as a mentor for one of the youth who wanted to learn about urban farming,” Johnson said.

Ellen Reed has lived on N. 42nd near Garfield Street for 33 years. She has raised two children and five grandchildren there and says she has “seen the neighborhood come and go,” but still loves where she lives.

She joined WPP because she wanted to see more residents involved in improving the neighborhood, especially in working with the police department. “I wanted to see something more happening instead of nothing happening and just see everything go down,” Reed said. 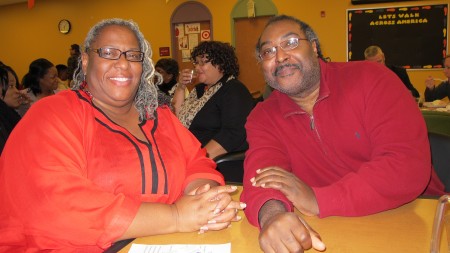 Reed is concerned about safety, beauty, bringing in jobs and “seeing kids grow up and not be scared to walk around their own neighborhood,” she said.

Brother Don Balentine, an 18-year resident, said he got involved because he was looking for help for himself and other veterans in the community. He said he’s seen improvements in public safety, which he credits to the police department.

Among the awards presented at the gathering was the MetLife Foundation Community-Police Partnership Award for Excellence in Civic Engagement to Washington Park Partners, Milwaukee Police Department and Milwaukee County District Attorney’s Office. The MetLife Foundation and LISC Community Safety Initiative recognize innovative partnerships between community groups and police to promote neighborhood safety and revitalization across the nation. This year, Milwaukee received a record-setting three of 11 awards. A previous event in October honored award recipients in the Harambee and Riverwest neighborhoods.

WPP also presented awards to residents for contributions to the community. Rochelle Cooper, who has lived on N. 37th Street for 32 years, accepted an award for a neighbor of 30 years who was unable to attend. Cooper praised Washington Park Partners for its work in the neighborhood.

“I like the way it gives to the community. I don’t like promises,” Cooper said. “WPP has been pretty steady. They’ve been pretty accurate. They’ve also given us a lot of resources.”