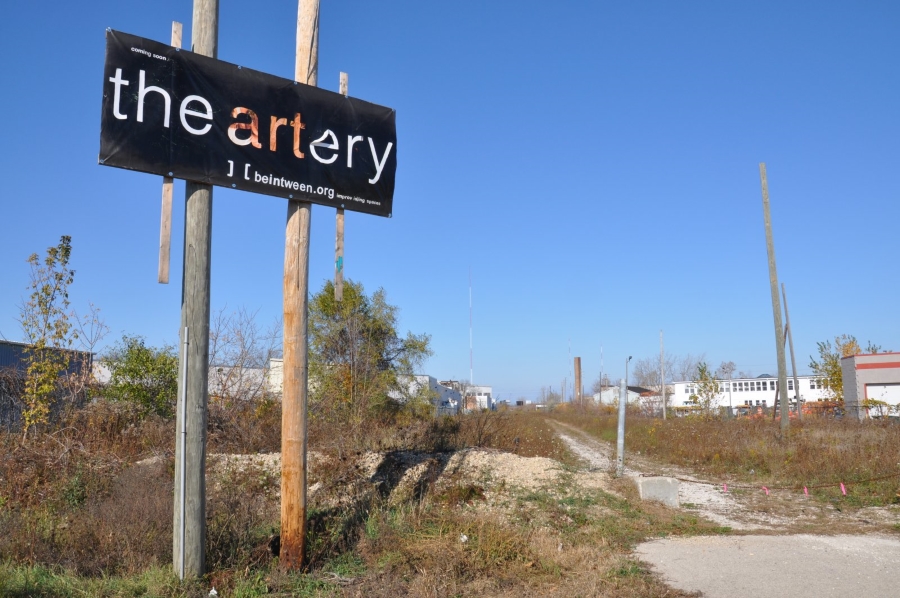 The Greater Milwaukee Committee has won a $725,000 grant from the Kresge Foundation to combine arts installations and activities with economic development in the Riverwest and Harambee neighborhoods, GMC president Julia Taylor announced today. “It’s a very exciting opportunity for Milwaukee,” she says.

The grant builds on the $350,000 ArtPlace America grant the GMC previously won for its “Creational Trails” project, which created temporary art installations and a night market on W. Wisconsin Ave. and began development of the Artery, a one-mile long park and bicycle trail along an abandoned railroad track just north of Keefe Ave. that runs through the Riverwest and Harambee neighborhoods. About half of the $350,000 ArtPlace grant went to the Artery and the entire Kresge grant of $724,500 will go to the project, too. 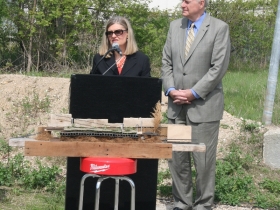 “It will be used to grow the Artery and do economic development in the area as well,” Taylor says. “Especially for the Harambee neighborhood, which is one the most economically depressed areas in the city.”

In addition to all the foundation grant money, Taylor notes, “the city has invested close to $1 million for the Artery trail.”

This is another big victory for the GMC in securing grants. The GMC won the earlier ArtPlace grant as part of a competitive process with over 1,200 applicants, which selected 124 projects for funding, as Urban Milwaukee previously reported. The Kresge Foundation visited Milwaukee, saw its Creational Trails project and invited the GMC to apply for a Kresge grant to support the Artery development, as we’ve also reported.

The ArtPlace grant, says Taylor, “was very pivotal in getting the Kresge grant.”

The Kresge Foundation is a $3 billion private, national foundation headquartered in the Detroit suburb of Troy, “that works to expand opportunities in America’s cities through grantmaking and investing in arts and culture, education, environment, health, human services, community development and our place-based efforts in Detroit,” its website declares. “Creating opportunity for low-income people is a hallmark of our work,” the site quotes its President Rip Rapson. The foundation’s goal, he says, is “to make a difference in the life trajectories of people who are poor, disadvantaged or underserved in fundamental ways.” In 2013, the foundation awarded more than $146 million, including 316 grants.

The Artery project will be overseen by Taylor and by the GMC’s arts consultant Sara Daleiden, and will include a large cast of collaborators, including the city Department of Public Works, Riverworks Development Corporation (a non-profit the works on neighborhood economic revitalization), the Harambee Great Neighborhood Initiative, and Keith Hayes‘ beintween, which calls itself a “social and spacial network” that works to build communities through art.

Taylor concedes the project is quite complex, but says “that’s part of the beauty of it. There are a lot of people involved. You gotta have a strong collaboration to make it work.”

The idea of using art to enliven depressed urban areas is a “new field of work,” Taylor notes, that has been attempted in Detroit and other areas, and is something that greatly interests the Kresge Foundation. She points to a project like the St. Clair Superior Development Corp. which used creative placemaking in an effort to revive the area. The GMC invited Michael Fleming, who led this effort, to Milwaukee last April to speak about the project, which has gotten positive write-ups in the Cleveland media.

Taylor says there are a number of emerging and established artists in the neighborhood surrounding the Artery that may become part of the project and its installations and activities. There are also empty industrial buildings that might be used to attract contract manufacturers.