Refurbished, 1929, Spanish-Moorish theater reopens December 18 with The Hobbit: Battle of the Five Armies.

Preparation for the new marquee at the Avalon Theater. Photo from facebook.

Neighborhood Theater Group is moving into a new neighborhood.

NTG owner Lee Barczak purchased the defunct Avalon Theater in 2005, but problems getting financing delayed his plans to renovate it. Now, after more than a year of work and some $2.5 million spent to modernize and refurbish the once-grand theater, it is ready for the public. Built at the advent of “talking films” in 1929, the Avalon was originally designed by Frank Lloyd Wright disciple Russell Bar Williamson, but has been closed since 2000.

“I had great hopes,” Barczak, “but the redesign has exceeded my expectations.”

You’ll find a full run-down of the design changes in our earlier story (and photos of the renovation in process), but one detail worth elaborating on is the theater’s ceiling, which will recreate the Avalon’s night sky motif of blinking, star-like lights, with a couple shooting stars, but in a far bigger way. “The old ceiling had 150 lights. We now have 1,800 lights,” Barczak notes. Using LED lights, the designers took an exact image of the night sky over Granada, Spain and reproduced it.

The redesign was done by Ascend Design, whose co-owners are Stacie and Jeff Hojnacki. The company restored where it could and creatively re-imagined where it could not. As Barczak noted, the original design, while striking, was a stylistic mishmash of Spanish, Moorish and other European touches.

The theater’s grand opening, on Thursday, December 18, will feature two movies. On the big screen will be The Hobbit: Battle of the Five Armies, and in the second theater, a kind of black box behind the main screen, will be a showing of Night at the Museum 3: Secret of the Tomb. The two screens are separated by soundproofing that the designers guarantee will prevent any sound from escaping into the adjoining theater

The Grand Opening will begin at 5:30, with a ribbon-cutting ceremony, and the two movies will screen at 6:45 p.m. The Avalon’s kitchen, with its special, high-speed ovens, will serve pizza and paninis, and the theater has a full-service bar serving beer, wine and cocktails. The theater is set up so no customer sits more than two seats from an aisle, so the waitstaff can serve people without obstructing anyone’s view of the movie.

Prior to all this, the Avalon will also have a “soft opening” for an invited audience, which is also a fundraiser for the Bay View Historical Society Tickets for the event can be purchased from the group and includes three days of events:

Monday, Dec. 15th: Three movies based on the J.R.R. Tolkien’s 1937 novel. The trilogy includes The Hobbit: An Unexpected Journey, at 12:30 p.m., The Hobbit: Desolation of Smaug at 3:45 p.m. and the newest release, The Hobbit: The Battle of the Five Armies at 7:15 p.m. Tours of the restored theater will happen during intermission, and there will be an opening ceremony at 6 pm. Share your story of the Avalon Theater in the oral history booth and take home a commemorative program and treasures!

Tuesday, Dec. 16th: Doors open 6 p.m. for a tour and at 7 p.m. there’s a screening of The Hobbit: The Battle of the Five Armies. This evening is dedicated to ticket holders from the community and will capture Avalon stories with a special take- home program.

Wednesday, Dec. 17th: Doors open at 6 p.m. for a tour & poster display. At  7 p.m. there’s a screening of The Hobbit: The Battle of the Five Armies. This evening will feature the artists who submitted posters to capture the spirit of the Avalon Theater. You’ll also be invited to share personal remembrances of visiting the old Avalon.

Tickets are reserved. To buy tickets or for further information contact  bayviewhistoricalsociety@gmail.com 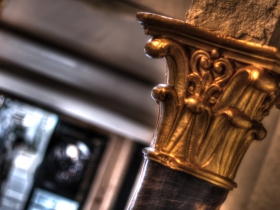 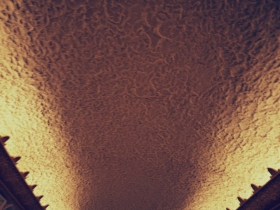 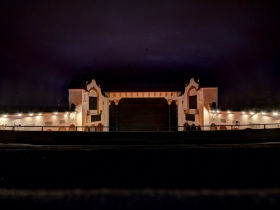 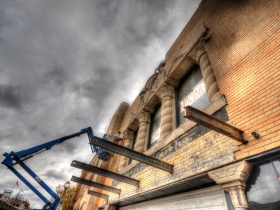