How Does Wisconsin Rank in LGBT Friendliness?

Our two biggest cities and many top companies rank high in studies, but state schools rank low, as does Kohl’s Corp. 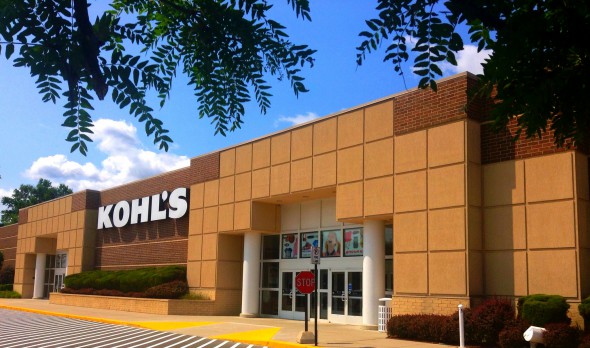 The quickest revolution of my lifetime has been the change in attitudes regarding gay rights. In just a decade or so, America has basically gone from no same sex marriage allowed to 33 states where it’s now legal. I’ve always thought of Wisconsin as a socially conservative (and economically liberal) state, but three new studies suggest the state is more friendly to gay and alternative lifestyles than you might think.

The 2014 Municipal Equality Index, which bills itself as the only nationwide rating system of LGBT (lesbian, gay, bisexual and transgender) inclusion in municipal law and policy, recently released a study which shows “cities across the country… continue to take the lead in supporting LGBT people and workers, even when states and the federal government have not.”

The study ranked 353 cities, including the 50 state capitals, the 200 most populous cities in the country and the four largest cities in every state, ranking them on a 100-point scale. The average score nationally was 59 while it was 70 for the Midwest, but the average for the four cities studied in Wisconsin was 76. Madison got a 100, Milwaukee 91, Kenosha 58 and Green Bay 54.

Chad Griffin, president of the Human Rights Campaign, which partnered with the Equality Federation Institute on the study, noted the leadership of Wisconsin’s two biggest cities: “Cities like Madison, Milwaukee, Philadelphia and New Hope had already been providing inclusive non-discrimination protections for decades by the time marriage equality reached Wisconsin and Pennsylvania.”

The study rated cities based on 47 criteria in six broad categories, including whether there are non-discrimination laws, LGBT-friendly municipal employment policies, inclusive city services and municipal leadership on matters of equality.

Change is happening pretty quickly in cities, Griffin noted: “In just three years, the number of municipalities earning top marks for their treatment of LGBT citizens has more than tripled.”

These changes are occurring across the country, the study stressed, but its regional averages for city rankings told a somewhat different story. The scores for cities averaged 71 in the West and 70 in Midwest, but just 43 in Great Plains states, 35 in the southeast and 31 in the southeast.

Progress seems to be coming much more slowly in the nation’s schools, judging by a new study by the Gay, Lesbian & Straight Education Network: its biennial National School Climate Survey has been done since 1999 and the latest offers four major findings: “schools nationwide are hostile environments for a distressing number of LGBT students; a hostile school climate affects students’ academic success and mental health; students with LGBT-related resources and supports report better school experiences and academic success; and school climate for LGBT students has improved somewhat over the years, but remains quite hostile for many.”

Its analysis of Wisconsin schools suggest they are probably somewhat worse than the average nationally:

-Only 19 percent were taught positive representations of LGBT people, history and events (19 percent nationally) and less than half could access information about LGBT communities on the school’s Internet.

Not a pretty story. “Our research tells us that policymakers and education leaders in Wisconsin must do more to create safer and more affirming schools for LGBT students,” said Dr. Joseph G. Kosciw, GLSEN’s Chief Research & Strategy Officer. “Training and empowering educators to create supportive environments, supporting Gay-Straight Alliances and increasing access to accurate and positive information about LGBT people, history and events and inclusive policies all can improve school climate for all students in Wisconsin.”

The payoff from changing policies would make life less tough for LGBT students, but would also hike student achievement. LGBT students who experience victimization have grade point averages that were between nine and 15 percent lower than for other students, the study found.

In contrast to what’s happening in the schools, American corporations are leading the way in changing LGBT policies, to judge by a new report, the 2015 Corporate Equality Index, done by the HRC, which partnered in doing the Municipal Equality Index.

“When it comes to LGBT equality, Corporate America is a leader, not a follower,” said HRC President Griffin. “At every turn, from advocating for marriage equality to providing vital support for transgender employees, this country’s leading companies have asked, ‘what more can we do?,’ and they’ve worked tirelessly to achieve new progress. That kind of leadership changes countless lives around this country, and sets an important example to other companies around the globe.”

Wisconsin companies have been part of that progress. Those receiving a 100 percent score included the city’s two top law firms, Foley and Lardner and Quarles & Brady, along with Northwestern Mutual Life, Robert W. Baird & Co. and Rockwell Automation. By far the lowest score, 15 percent, was received by Kohl’s Corp., which never responded to my requests for comment.

How low did Kohl’s rank?: lower than the vast majority of 781 companies ranked and third lowest of 80 retail companies ranked. (24 of those retail companies got a 100 percent rating.) Considering how the company has been transitioning to one offering more stylish and cool clothes by name-brand designers like Jennifer Lopez, Vera Wang and Peter Som, it seems a strange contradiction to have LGBT policies that are so un-hip.

Indeed, it’s pretty clear that companies like Kohl’s are being quickly left behind by corporate America. These rankings by LGBT advocacy organizations are likely to help push companies, local governments and schools to continue changing. It’s quite a revolution for America and for Wisconsin.

9 thoughts on “Murphy’s Law: How Does Wisconsin Rank in LGBT Friendliness?”