And who shall lead them – Wisconsin Democrats – to better tomorrows? It’s a timely post-election question because:

*Democrats have lost eight of the last 11 elections for governor, including the 2012 recall. 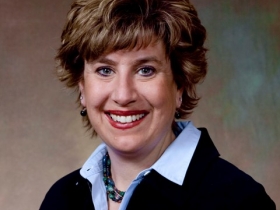 *Senate Democrats lost one seat, dropping to 14 in the 33-member Senate. They just picked their fifth leader in eight years, Sen. Jennifer Shilling, of LaCrosse.

Maybe the right question is: Who’s even left to lead Wisconsin Democrats?

U.S. Sen. Tammy Baldwin, of Madison, is the state’s top elected Democrat. But Baldwin, elected in 2012, hasn’t put her stamp on the party’s statewide organization.

That will change when Baldwin signals whether she wants Mike Tate to stay on as party chairman. Tate has led the party since 2009, when Democrats, led by former Gov. Jim Doyle, controlled the Capitol, but there have been many complaints about Tate in the wake of the 2014 election.

Tate has made a lot of predictions that didn’t come true, including this one at the party’s 2012 state convention: “[Republican Gov.] Scott Walker will see the inside of a jail cell before he sees the inside of another term.” Instead, Walker survived the 2012 recall election, John Doe probes and won a second term on Nov. 4.

Congressman Rep. Ron Kind, who has represented western Wisconsin in the U.S. House since 1997, is the most senior Democrat in the Congressional delegation. But Kind has a risk-avoidance problem, having passed on repeated chances to run for governor. And Kind is laying the groundwork to run against first-term Republican U.S. Sen. Ron Johnson in 2016. U.S. Senate and presidential elections – both of which occur in 2016 – are the races Wisconsin Democrats have won consistently.

Kind will only run against Johnson in 2016 if former Democratic U.S. Sen. Russ Feingold does not, however. Feingold is now a special U.S. State Department emissary to Africa. Former Assembly Speaker Tom Loftus predicted in a WisconsinEye interview that Feingold will challenge Johnson in 2016. And another former party official agreed, saying Feingold plans to return to Wisconsin early next year.

Other Democrats disagree, saying Feingold has moved on, personally and politically. And, they note, in Feingold’s 18 years in the Senate, he was always more about Russ-building than party-building. There were no Feingold sightings in Wisconsin before the Nov. 4 elections.

Two other Wisconsin Democrats serve in Congress: U.S. Reps. Gwen Moore, whose power base is Milwaukee, and Mark Pocan, of Madison. Pocan is an excellent long-term political strategist. But Washington Democrats have recognized that and are likely to keep him too busy to lead party-rebuilding back in Wisconsin.

Sometimes, candidates who run statewide credible races – as Democrat Mary Burke did in her 5.7% loss to Walker – want to shape the party’s future. But Burke told reporters last week she answered a “call to duty” when she ran for governor, spent $5 million of her own money doing so and lost in a nastier-than-expected race. She is done with partisan politics.

One hope for Wisconsin Democrats is its new generation of women leaders. The Capitol has a boys’ club history; it took until 1925 for a woman to serve in the Assembly and until 1975 in the Senate.

Jefferson County District Attorney Susan Happ, for example, introduced herself in Democratic politics with an impressive three-way primary win for attorney general before losing on Nov. 4. What role does Happ want to pay in the party’s future?

And, Shilling and six other women will be half of the 14 Senate Democrats. Retiring Sen. Bob Jauch said that’s a good thing: “They are all mothers. They are all daughters.” The female Democratic senators have a total of 15 children between them.

In a WisconsinEye interview, Shilling agreed that women focus more on family issues like the best education for children, safe communities, health care for children and caring for aging parents. Women have a different style of leadership,” Shilling added.

Who will lead Wisconsin Democrats? There are 15 names dropped in this column and a lot of ground to be made up by the party.

Steven Walters is a senior producer for the WisconsinEye public affairs channel. Contact him at stevenscwalters@gmail.com

3 thoughts on “The State of Politics: Who Will Lead the Democrats?”