NAAP’s event coordinator/ art director Ayla May Boyle, a recent MIAD graduate, recruited nine artists and performers. She said people have enjoyed the show so far and she hopes it will occur annually.

“I hope that through this show, others will see that our growing Native community goes beyond Potawatomi,” she says.

NAAP’s executive director, John Cook said the group has coordinated many art shows, but it’s their first year in City Hall. NAAP recently had an art show at the Urban Ecology Center in the Menomonee Valley, which was the result of workshops for Native children sponsored by Milwaukee Public Theatre (MPT) this summer. They helped create a four-part mural depicting the seasons which was led by Oneida artist Kristelle Ulrich. Through the process of creating the four mural panels, the young artists learned how the Native people in the Menomonee Valley lived on the land. The panels feature Winter Animal Tracking, Spring Maple Sugaring, the Summer Three Sisters’ Garden (corn, beans and squash) and Fall Wild Rice Gathering.

The murals are part of the exhibit at City Hall and will also travel with MPT’s new production, “Stories from the Medicine Wheel,” in spring, 2015.

“Native American goes beyond tee-pees and buffalos,” says Cook. “Most Native American events are craft-table oriented, but this is an art gallery and people still enjoy it.”

Other art work on display includes acrylic paintings, sculptures, furniture, and Iroquois pottery. Artists decide whether they keep the profits on their work. One artist, Delbert Charging Crow, specializes in fetishes, stone- based sculptures that look like animals. Fetishes are believed to be alive and are known for healing properties.

“My husband is a medicine man who carves the stone people by hand,” said his wife Barbara Charging Crow. “Delbert asks people what changes they seek before carving fetishes and performing rituals, and many people have been pleased.”

NAAP was established under Cook’s leadership five years ago, with the goal to promote Native American cultural awareness. The group has been in the process of trying to create a buffalo sculpture trail along the Downtown to Bay View bikeway for about two years. Other projects include helping children create snow shoes and building a dreamcatcher by applying for grants.

“We’re not a non-profit, because we don’t need another in Milwaukee,” Cook says. “We’re working towards becoming an LLC.”

For continued updates on the show and the group itself, visit the NAAP Facebook page. 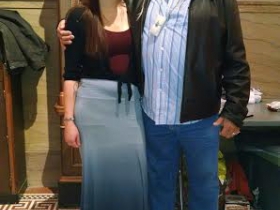 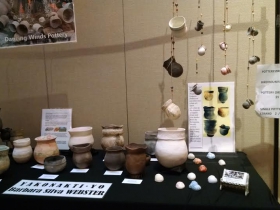 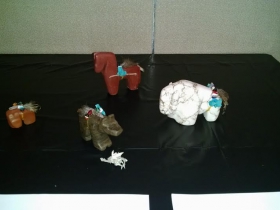 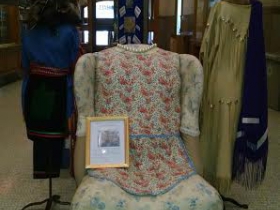 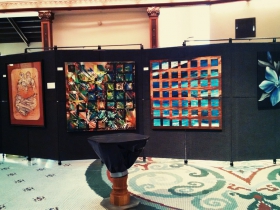 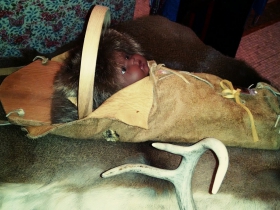