The Swan Song of John McGivern

26 years after he first performed in it, McGivern is again the lead in Shear Madness, and loving every minute of it.

In 1986, a struggling actor in Chicago went to an open call for an innovative theater production called Shear Madness. He was hired to play a young cop and later an understudy before taking on the lead role, Tony Whitcomb.

“It’s really kind of bittersweet, but it’s time for me to say goodbye to this,” McGivern says.

“Shear Madness” is a “whodunit” comedy that boasts the title of longest-running nonmusical play in American theater history. Directed by the original director Bruce Jordan, the show attempts to solve the murder of Isabel Czerny, the landlady of the “Shear Madness” barbershop Whitcomb owns. The culprit could be any one of the show’s six characters, played by the Mary MacDonald Kerr, Norman Moses, Jenny Wanasek (all of whom performed with McGivern in an  earlier Milwaukee production years ago), Patrick Noonan and Matthew Huebsch.

But the culprit isn’t in the script. Halfway through the show, the house lights come up, and audience members get the chance to ask the actors questions about the murder, reconstruct the action and eventually vote on who the killer is. The pivotal audience participation sets this show apart from anything else McGivern has done. It took him a while to get used to, but the actors have their tricks to improvising each ending.

“When you get hired in the show, you get like a Bible,” McGivern explains, “this huge big script with all of these questions that audiences have asked, all of these situations, all of these endings.”

He is still surprised that people voluntarily participate, raising their hands to ask questions about the murder and making bold accusations. The cast calls the audience the seventh character, even if that character occasionally struggles with its lines. One audience member convinced 20 other patrons that Kerr stole her jewelry from the dead body and must be the killer, even though she had been wearing it for the entire show.

Yet the versatility in the plot remains one of his favorite parts of the show, partly because the audience can make the show have an outcome he isn’t expecting.

The production attracts audience members of various backgrounds and comedic preferences, but those especially invested in the show are hairdressers, partly for the humor and partly for the Aveda hair care products onstage provided by Neroli. One performance had the entire staff of Great Clips in Shorewood in attendance.

“When 20 people are sitting together and they’re hairdressers, you can tell without even talking to them,” McGivern says. “Their hair is always wild and perfect and they speak as a group. They will ask questions about what product you use or how you hold your scissors, and it’s like, ‘Oh for the sake of God, I know you’re a hairdresser.’ They want it to be real!”

The Northern Lights Theater makes this Shear Madness run different from years past. Since Potowatomi is a destination location, it has an entertainment facility that McGivern considers “kind of perfect” for this type of production, with 500 seats that wrap around the stage and bring viewers close to performers for more audience interaction. It also attracts patrons who may not have even come to the hotel & casino for the show.

McGivern started working with Northern Lights Theater last year to bring Shear Madness to Milwaukee. He had his doubts whether it would come to fruition, taking into account issues with the actors union and licensing procedures from the creators. Luckily, everything came together for him to give one last run on a show that has been such an important part of his career.

“It was always a job I could go back to when I was out of work, when I didn’t see anything coming up for me as an actor,” McGivern says. “I could always call the owners of this piece and say, ‘Do you need any help?’ With my record in this show, they’d always fly me somewhere to do it.”

Despite his experience onstage, he still gets nervous before every show. But after years of traveling across the country to perform this role, McGivern is glad to end that chapter of his life in his hometown, knowing that, especially in his profession, “to be home is a gift.”

Runs through Nov. 15 at The Northern Lights Theater at Potowatomi Hotel & Casino. Tickets range from $40-$49 and are available online. 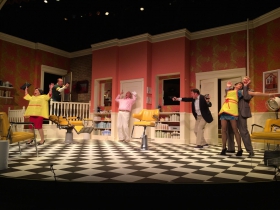 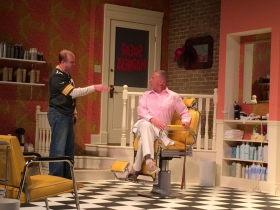 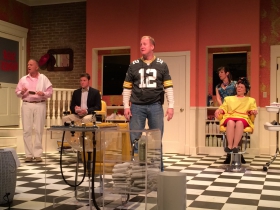 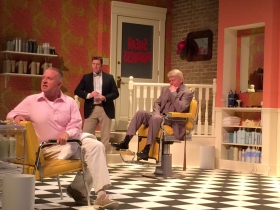 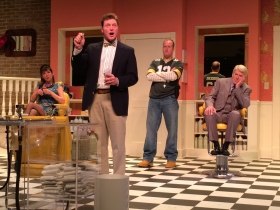 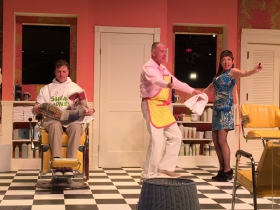