The TKE fraternity's 1904 home has operated as a rooming house for generations, but it's now suspended and its president faces drug charges. 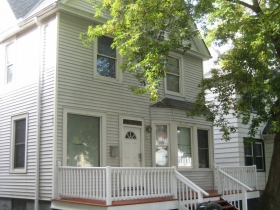 In 1977 this former single family residence served as a group home for 7 mentally disturbed teenage boys. It was operated by Transitional Living Services, which provided community-based housing as an alternative to institutionalization.

On Sept. 12 this year, police came to a party at the home and found 42 people drinking there, none of them of legal age. The home came to the attention of authorities after they encountered one man and three women who had been at the party and were incoherent and unable to stand. All had an “X” marked on their wrists — black for the man, red for the women.

The red marks targeted the “hot” women, according to one woman questioned by police, who said these women were then allowed to buy $8 index cards which gave them access to a bar with free drinks. The fraternity is now under investigation as to whether a date rape drug was slipped into the women’s drinks.

Welcome to the Zeta Zeta Chapter of Tau Kappa Epsilon Fraternity of UWM. It still is a home for disturbed teenage boys, it appears, as well as for its president, a 28-year old scholar by the name of Thomas L. Kreinbring who now faces criminal charges in Circuit Court, including that of operating a drug trafficking location and possession of THC with intent to deliver, both felonies. Each has a penalty of up to $10,000 in fines and 3-½ years of institutionalization, likely not in a group home, but in a concrete-and-steel prison.

The fraternity has since been suspended by the university pending further investigation.

I was on the Green Line bus heading Downtown on Tuesday, Sept. 16, when I noticed a particularly heavy MPD and UWM police presence outside the home. There were over a dozen vehicles parked in the 3300 block of N. Oakland Ave. Officers stood at each corner of the property, each in sight of two others. More officers stood on the perimeter, and in the alley. The front door was wide open, with police inside. Sitting on the south property line was a well-dressed male of about 28, who matched a photograph I later saw of Kreinbring. He did not look like he was having a good day. An officer stood guard behind him.

The officers were executing a warrant that later led to the charges against Kreinbring, who is not accused of administering the Rohypnol.

On a more recent visit to the home, all was quiet. The door was closed and the window shades drawn. A grill stood at the front of the home, next to a cement ashtray, probably of institutional origin, and spirited off by the frat boys from its original location. An identifying logo had been removed. The sole landscaping in the front yard was a hideous boxelder tree that should have been put out of its misery years ago.

Three vehicles were parked in the backyard, where a garage had once stood. One, a car, was from Illinois. The others, including a truck, bore Wisconsin plates. The truck had a decal reading “One Big Ass Mistake America.” The capital letters spell “OBAMA.” The other sticker read “USA Illegal Immigrant Hunting Permit — No Bag Limit. Tagging Not Required.” The TKE scholars most likely do not major in multicultural studies. 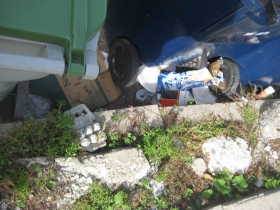 The garbage cans were empty, but the recycling bins were filled with empty cans of cheap beer, empty bottles of liquor and other party debris. Those that did not make their way into the bin nestled several inches deep at its base. Oh, well, we gave it a try!

The backyard of the home is dominated by its air-conditioning unit and an enclosed and somewhat ungainly staircase added to make the attic space rentable in 1932. A couple of outdoor chairs on a concrete slab constitute a little getaway, a place to pass out or maybe just to have a puke.

The home was constructed in 1904 for George Schley in the Savings and Investment Subdivision #5 in the Cambridge Woods neighborhood at what was then 931 Oakland Ave. H. A. Meyer was listed as architect. This may have been a speculative home, with Schley the developer.

In 1944 it was the home of Fred and Theresa Klingbail. In March, 1945, with the end of World War II at hand, and housing at a premium, the Klingbails took out a permit to operate the place as a rooming house on the second and third floor.

For the past 70 years, it has operated pretty much as that, under one guise or another. In 1960 the city inspector was alarmed to find two bedrooms in the basement “with a ceiling less than 4 feet above grade.” He was assured it was used strictly by the owner and was not rented at any time.

Wellston Co., which is still in business and operated by the Joseph family, bought the place in 1964 for an unknown amount, taking out a $12,000 mortgage. It was listed for sale in 1969 for $27,500 as a licensed rooming house. The first floor manager paid $60 per month. On the second floor, one room rented at $8 per week, while another went for $9 per week, and two rooms were let at $50 per month. A three-room apartment on the third floor rented for $70, with all utilities included.

Apparently the sale did not take place, since Joseph rented it out to the Mental Health Association in the ‘70s when transitional housing was a new thing. The property was transferred to a family trust in 1980, and around 1991 started renting it to the fraternity. In 1996 TKE bought the place for $116,500, and promptly tore down the garage. The frat boys “didn’t look at any other property in area,” the assessor notes. “Was leasing from seller for 5 years. Interior needs patch and paint. New drywall 3 floor bath no tape or mudd [sic]. Noted bulging basement wall NW corner.”

The city granted a zoning exception for the operation of the frat house in 1991, and renewed it in 1996. Documents authorizing the use included the following conditions:

“That there will be no alcohol beverages served or consumed at social functions at this residence in strict compliance with representations made by the applicant at the hearing.”

“That there shall be no open parties or functions at which alcohol is permitted.”

Fun Fact: The charges against Thomas L. Kreinberg will be defended by Dan Adams, a Milwaukee attorney who had been the candidate supported by Chris Abele in the 19th assembly district primary contest won by Jonathan Brostoff, who turned 31 on Thursday. Brostoff will celebrate his birthday September 30th with a fundraiser at Casablanca.

Correction: An early version of this story wrongly stated that drinks served to some women at the frat party contained Rohypnol. We apologize for this error. 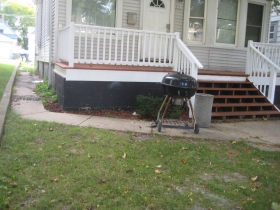 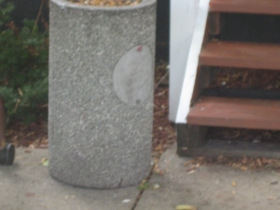 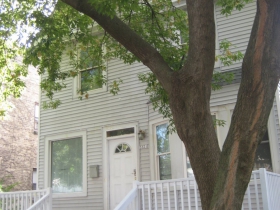 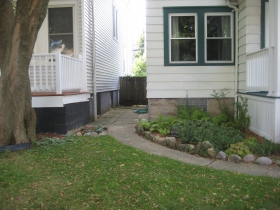 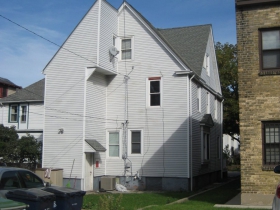