PURGATORIO – A Journey into the Heart of the Border

An interview with Rodrigo Reyes, director of a dream-like mosaic examining life at our southern border.

On Sunday night, festival goers will be granted access to a frantic portrayal of the demonic drug violence that plagues Mexico (Heli, Oriental, 9:15p.m.). Saturday afternoon offers a more subtle, yet equally brutal, sampling of the characters and lives that exist on the “anthropologically arbitrary dividing line” that separates us and our southern neighbors.

Purgatorio: A Journey Into the Heart of the Border is a deeply personal and poignant documentary by Rodrigo Reyes. I corresponded with the sophomore filmmaker, who will be presenting the film on Saturday at 2:15p.m. at The Downer. It plays again on Wednesday Oct. 2 at 2 p.m. at Fox Bay.

What cities/areas of the border are featured in the film?

PURGATORIO does not actually tell you the names of the places or the people you see in the film. It is structured like a dream, each scene works as an intense moment that connects to the rest, forming a mosaic of the border universe. This helps to bring the metaphor of purgatory to life on the screen, characters and locations become symbolic because you can’t really pin them down easily.

However, the production itself set off from Tijuana, with a crew of only three people (including myself), in a beat up, full-size van. We covered both sides of the border line, all the way to Southern Texas.

Did you research/visit any other borders in preparation for the film?

I actually graduated from UC San Diego, where I majored in International Relations. I visited Tijuana and Baja often. Being a visitor or tourist, however, really does not prepare you for the complexity and diversity of the border. For PURGATORIO, my strategy was to write out a list of archetypal characters and seek them out as we went along with the help of local contacts.

But beyond the logistics of the trip, my motivation came from the border inside, the interior presence of this place in my own life. I have lived between both countries since I was six years old, and when I was growing up I was constantly butting up against the border in my day-to-day.

For Mexico I was someone who crossed the border away from, while in the US I was somebody who crossed into the country. The line followed me, it was part of my identity. I made the film in an effort to come to terms with this.

What was one of the biggest challenges or most difficult scene/interview to shoot?

PURGATORIO has many scenes that are emotionally intense, full of visceral moments. The key was to curb my enthusiasm, not get carried away by the intensity and focus on the craft. It’s not a handheld, “let’s run after the action” type of film. Whether we were shooting in a heroin den, a morgue full of unidentified immigrant remains, or a recent murder victim, we always had to pace ourselves and stay as calm as possible.

We would get in trouble whenever we felt like we were champions who could conquer anything, reality would keep us in check. At one point, for example, we set off into the mountains of Sonora looking for a place where the border fence goes from an imposing, 30-foot metal barrier, down to an ordinary cattle fence. We never made it. Our van got stuck in a ravine and we had to struggle like crazy to get it out. It was a dangerous place because at nightfall, it’s used by drug smugglers and human traffickers. It took us over 5 hours to dig the van free. It was a lesson in hubris and we learned to stick to our own boundaries from then on. We had put the whole production at risk and we were lucky that we did not have to deal with spending the night out there.

How did the process and experience of producing and touring the film change your perspective on the border?

The journey into the border and the whole process of taking Purgatorio around the world has changed my view on my own experience as an immigrant. In spite of the heated controversy around immigration and the southern border, the reality is far too complex to be resolved by force or by limited legal reform. Immigrants have a rich identity full of contradictions. We have to take advantage of these contrasts. In this sense, I feel at peace with the border. I have traveled it and learned to respect it and to see it with more clarity.

What does your film say about how the border issue can be improved or resolved?

This ties into the last question. Seeing with clarity, feeling the intensity of reality and being moved by that poetry — that’s really the point of documentaries. Who am I, after all, to offer a single solution to such a difficult situation? The border has so many nuances and yet it is always simplified into warring talking points. I want audiences to come and see, to open up their heart, to embark on a journey and to go home full of questions so that they can come to their own conclusions. I am betting on being a part of the conversation, not on resolving it.

In America today, we are facing important issues that will determine the way we live for the next generation or two. And yet we are always talking above each other, floating on the surface of these problems. We need to cut through the haze and connect with what’s really going on beyond the black and white rhetoric.

Who are your artistic inspirations, be they filmmakers, writers, musicians, etc?

I didn’t major in film, my focus was political science and literature, with a few classes in film theory and communication. This path exposed me to a variety of artists that are amazing in the way they grapple with the world. When it comes to crafting a documentary, I think that Octavio Paz or Machiavelli are just as relevant for me as Martin Scorsese or Luis Buñuel. What are you seeing in the world and why? How does it move you and how do you share that with an audience? 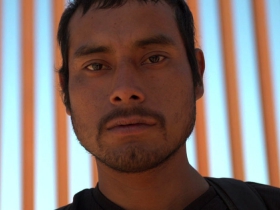 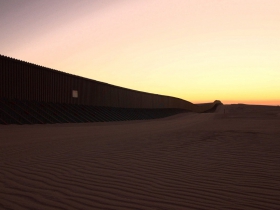 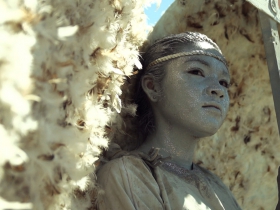 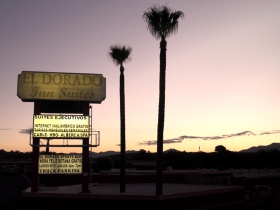 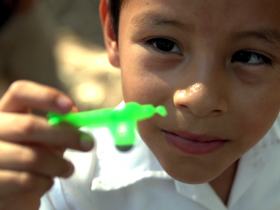 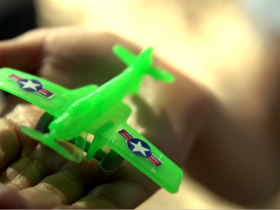