Milwaukee Soccer Development Group draws a large crowd as they attempt to bring an outdoor soccer team to Milwaukee. 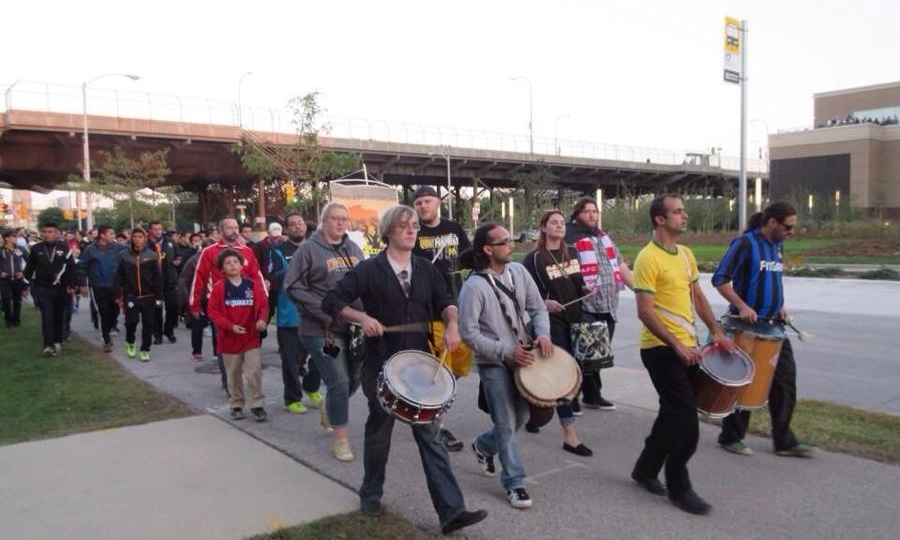 “Today’s purpose is to unite the community to prove that we deserve an outdoor team. Our two speakers are Dan Adams, who is a huge soccer fan and Hector Navarro, who came to the U.S. from Mexico and got a scholarship to play soccer at Marquette,” said James Moran, director of MSDG. Moran also said that he intends to raise money to create soccer fields in abandoned tennis courts in the city. He believes that the event was a huge success.

At Twisted Fisherman Crab Shack, attendees enjoyed a cookout, and children played soccer as De La Buena played music. At about 6 p.m., the speakers spoke about their passion for soccer and let the audience participate. Adams is a personal friend of Moran and helps with MSDG events. He grew up playing soccer, and enjoyed watching an outdoor soccer team back in the 1990’s in Milwaukee. Adams is a neighborhood planning coordinator works for Layton Boulevard West Neighbors (LBWN) and said that soccer is the most popular sport in Milwaukee’s south side. In 2011, Adams helped conduct an LBWN neighborhood planning process on how residents see the neighborhood and changes they want made. He believes that implementing soccer fields in the city eliminates the need to drive out to the suburbs or county parks.

“The south side is one of the densest in Milwaukee. We discovered there’s a huge lack of space for sports and recreation. They voted for soccer as the number one sport we need more space for” explains Adams.

Adams believes the event was a success in getting people in the community together.

“We had a professional team in the past and I think today is about deciding how we’re going to get one again. Milwaukee Wave are one of the longest running indoor teams in the country, so think about how popular outdoor soccer will be here,” Adams said.

Attendees ranged from various ethnic backgrounds and age groups. Many were college students or parents of children in Milwaukee who play soccer. Karen Lopez, an MATC student played soccer in high school and attended with her boyfriend, friends, and brother.

“My boyfriend and brother are in soccer clubs and I’m a major soccer fan myself; we’re Mexican, so it’s in our blood,” she laughs. “Although I enjoy playing soccer indoors, I prefer to watch outdoor soccer. I know so many people that would love to have an outdoor team and I would join myself.”

Milwaukee Soccer Development Group is a non-profit organization which helps raise funds for soccer scholarships, equipment, and events for youth in the Greater Milwaukee area. Visit to www.milsoccerdg.org for more information about the organization and their goals.

Photos from the March 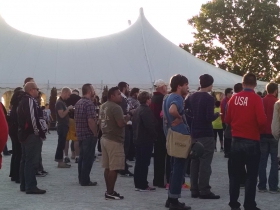 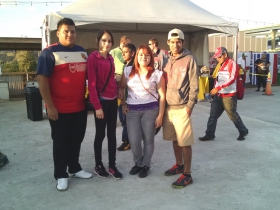 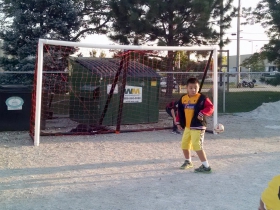 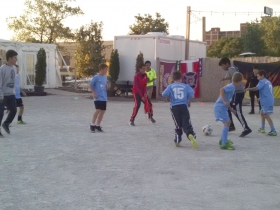 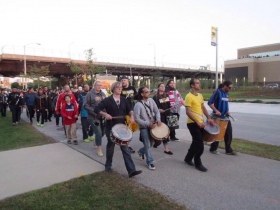 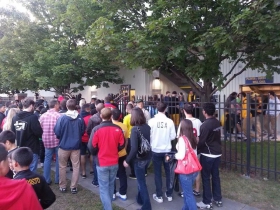 4 thoughts on “Hundreds March for Professional Soccer in Milwaukee”