Can 30th Street Corridor Be Reclaimed?

The redevelopment effort includes a huge swath of the city, and countless players and plans. First of a series. 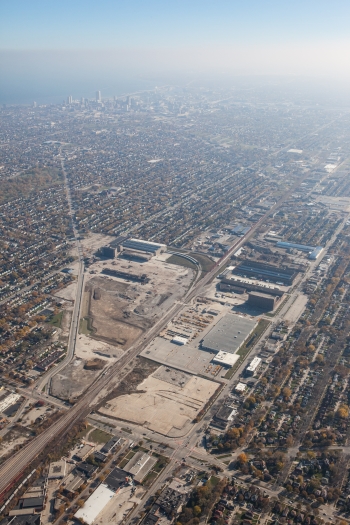 The city’s industrial spine, the 30th Street Industrial Corridor, is often mentioned in the news, but few may realize just how huge it is. It stretches from Hampton Avenue all the way south to the Menomonee Valley, some four miles long. It encompasses 880 acres, or the size of about 660 football fields. Some 518 acres of the corridor are zoned industrial and 100 acres are abandoned and blighted, and its decline has made it a focal point for city redevelopment dreams. The administration of Mayor Tom Barrett has targeted this as the next big project, a successor to the Menomonee Valley, which stands as a great success for the city.

Befitting its immense size, the 30th Street Corridor has attracted a wide range of players who have hopes and plans for its redevelopment: the State of Wisconsin, the city, the Milwaukee 7 (M7) regional business group,  the businesses in the corridor, real estate and property developers, environmental regulators, greenspace activists, the Milwaukee Metropolitan Sewerage District, the EPA, neighborhood associations, and last, but far from least, the people who already live there.

The corridor boundaries are contained in what Kein Burton, Development Manager for the Redevelopment Authority of the City of Milwaukee calls a somewhat “academic” boundary around the Canadian Pacific Railroad line.  RACM’s 30th Street Corridor Economic Development Master Plan has divided the Corridor into six development areas.

Between Hampton and Capitol to the north is the Large Business zone that is already inhabited by such companies at DRS Technologies, Glenn Rieder and Vapor Blast, and the Bishop’s Creek Community Development Corporation—itself a small empire of community revitalization on the former Kaiser/Greenbaum Tannery Property that includes a church, a school, a dormitory, a construction company, a domestic violence shelter, senior housing and residential properties.  The old Eaton Building, now the Century City Tower, sits adjacent to the site and its tenants—the Northwest Side Community Development Corporation, Uniting Garden Homes community organization, MAXIMUS—a Wisconsin Job Center, and The Mid-West Energy Research Consortium (M-WERC) an energy, power and controls industry incubator—are all working to redevelop the corridor.

The Modern Business Park Zone is just south of Capitol Dr., and mostly includes the Century City redevelopment of the former A.O. Smith/Tower Automotive site, whose empty eight-story office tower is a model of art-deco architecture. It includes the ghostly Talgo train plant, and a family of red tailed hawks who charge the city nothing to keep the seagulls away.  Townsend to Locust, which includes many of the city’s recycling yards, has been marked for Large Scale Industrial Redevelopment. From Locust to Lloyd, the corridor narrows.  RACM calls the narrow strip from Locust to Lloyd streets, where Master Lock and Capitol Stamping abut residences, the Small Business Development Zone. North Ave. south to McKinley Ave., the narrowest part of the corridor, full of oddly shaped lots and an old Esser Paint site, is the Community Facility and Residential Zone.  At the south end of the corridor is the Anchor Business Retention Zone, home of Miller Coors and Harley Davidson, and their 1,700 workers.

The hundreds of pages of strategic plans and grant proposals written about the corridor all agree on a handful of principles: It must be developed, and it must be done through public/private partnerships with the city and state and their resources taking the lead.

Up to this point, the corridor plan looks similar to what was done in the Menomonee Valley, which, the city claims in its recent “Growing Prosperity” report, has attracted 35 manufacturing companies and 4700 family-supporting jobs.  Along with its modern business park, the valley also turned brownfields into 80 acres of public green space that includes the new Three Bridges Park and the Hank Aaron State Trail.

But unlike the 30th Street Corridor, the valley is relatively isolated.  Its geographical buffers and the absence of housing simplified the development process there.  Compared to the corridor, says Alan Perlstein, Executive Director of M-WERC, a business incubator for the power, energy and controls industry, development in the valley is like “industry in a teacup.”

The neighborhoods that complicate the development in the corridor evolved to house its workers.  According to Perlstein, there are 6,000 houses adjacent to the corridor.  At its height, the corridor provided family supporting wages to the workers in those neighborhoods.  Before it closed in the 1970s, A.O. Smith employed 9,000 workers who bent metal into the frames of almost every passenger car manufactured in the United States. Benji Timm, RACM’s project manager for the site, describes the A.O. Smith plant as a city unto itself—complete with its own hospital and fire department.

Many of the workers left jobless when the plants closed were African Americans whose families had fled the Jim Crow south for the opportunities the factories provided.  Once those companies and their jobs left, what the M7 report calls the “on-ramp to the middle class” was lost.  The recession of 2008 compounded the problem, leaving the city, according to Darren Daniels, Director of the Bishop’s Creek CDC, without a viable black middle class.  The impact can now be measured by rates of poverty, crime, black male incarceration and unemployment that lead the rest of the nation — these are the city’s “indicators of shame,” according to Wyman Winston, executive director of the Wisconsin Housing and Economic Development. Winston is heading up Gov. Scott Walker’s “Transform Milwaukee” effort, and the corridor’s redevelopment is seen as a key part of this.

Restoring the corridor, the stakeholders agree, requires more than cleaning it up and waiting for businesses to arrive. Advanced manufacturing—the kind that can’t be done cheaply overseas, is the future of the corridor, they say, and workforce development in the area is already focusing on those jobs. Housing development, says Winston, also has to happen concurrently.   Taken as an article of faith is that the resolution of other problems—crime and poverty—will naturally follow the creation of jobs. The ingredients are in place: commitment and both public and private resources, knowledge of the best practices for cleaning up brownfields and managing storm water and sewage problems and federal and state incentive programs to support homebuyers for the foreclosed properties. But the biggest problems with the corridor, stakeholders agree, is the perception of the area as a destitute and dangerous one, one blighted by the history of racial segregation and poverty in Milwaukee.

It’s still early in the corridor redevelopment effort and the state decisions that prompted the loss of Talgo has resulted in anger and a sense of betrayal among many the stakeholders, yet they are gamely regrouping.  Howard Snyder, Executive Director of the Northwest Side CDC cheerfully points out that although Talgo may be gone, the city now has a beautiful building to sell.

The challenge for developers, thinks Michael Weiss, CEO of General Capital Group—the developer who will soon be breaking ground on the first new building in the corridor, Century City 1, a four million dollar investment funded by $800,000 from General Capital and $3.2 million in city loans — is for stakeholders to break out of their silos and work together. The city has offered a comprehensive plan in which everyone has a part. But, as Daniels points out, all the stakeholders have yet to come together to hammer out a comprehensive and collaborative vision.

If the 30th Street Industrial Corridor is to become more than just a place of unrealized dreams, everyone who as laboring away at their part of its development needs to connect on a singular comprehensive vision that is, as yet, unarticulated. “The city is good at building places and spaces,” says Winston, but big visions that develop human capital are still its biggest challenge.  The question is almost too big to ask. Can good will, billions of dollars in investment, technology, science, future focused business development and a fierce resolve of residents who want to improve their quality of life carry the City of Milwaukee from its place at the top of the nation’s least desirable top ten lists to a city that offers opportunity and prosperity for all of its citizens? The answer may depend greatly on the success of this plan to restrengthen the city’s industrial spine. 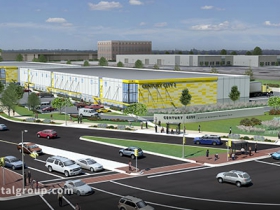 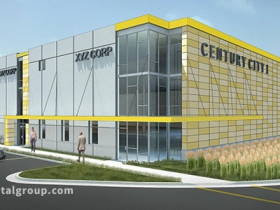 5 thoughts on “Corridor of Dreams: Can 30th Street Corridor Be Reclaimed?” 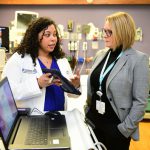