How To Fight Poverty

By Brendan O’Brien, Milwaukee Neighborhood News Service - Aug 21st, 2014 11:55 am
Get a daily rundown of the top stories on Urban Milwaukee 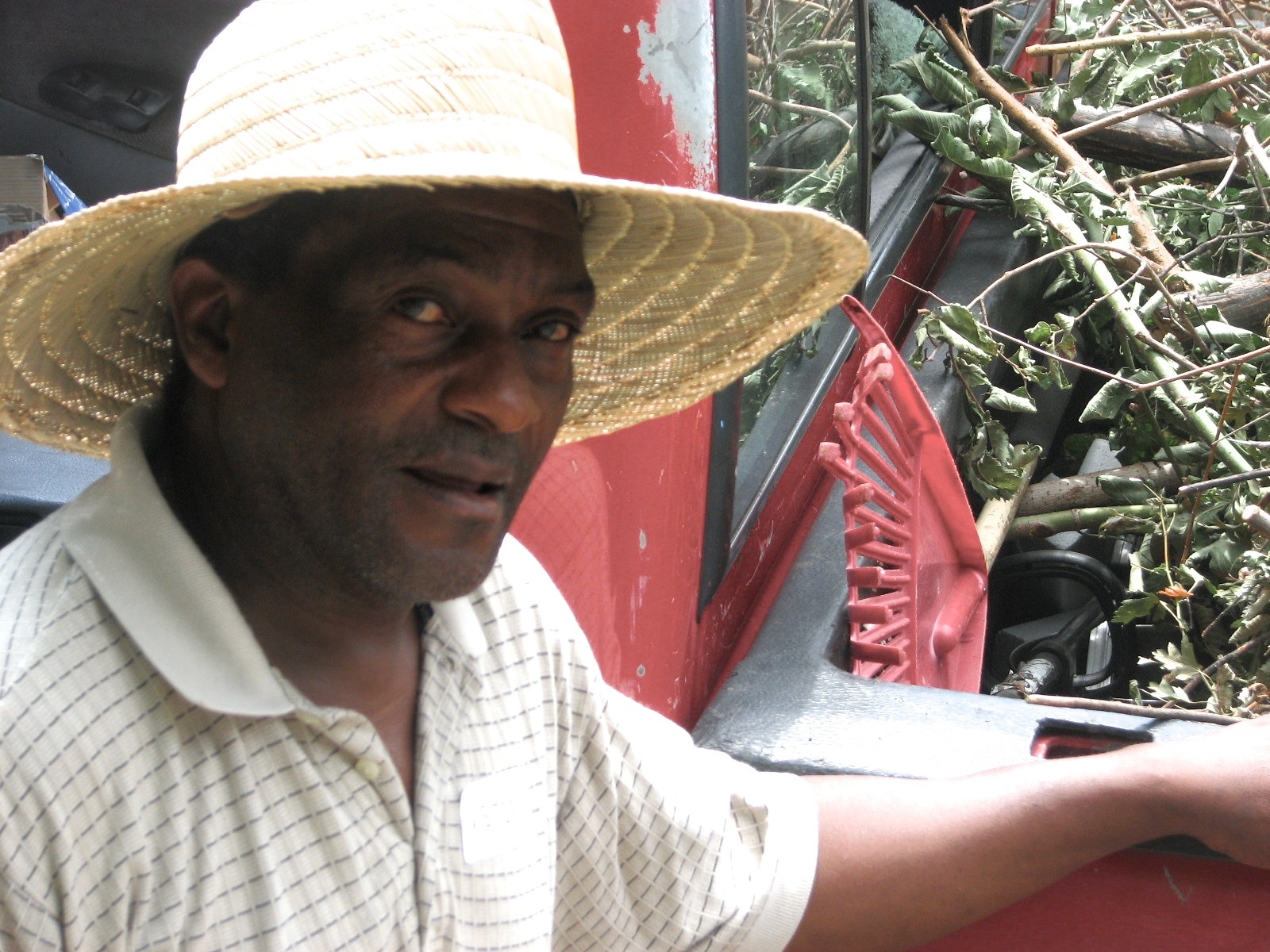 Richard Wilder stands next to his truck after clearing brush from a lot. (Photo by Brendan O’Brien)

A grey lawnmower sits idle with a bright red plastic gas can hanging from its handle. Dead grass and rust fill its small crevices.

Dewey and his girlfriend Naomi, who declined to give their last names, depend on the ancient machine to make money. The unemployed couple go door to door asking home and business owners if they can mow their lawns, sometimes for just $5.

“It can get pretty rough out here. It takes a lot out of you, but we take it day by day,” said Dewey, standing near the lawnmower outside of a corner store at 38th and Burleigh streets in the Sherman Park neighborhood. “Our area is from here to wherever we can find work.”

Dewey and Naomi walk miles a day throughout the North Side, visiting regular clients every two weeks in the hopes of cutting their lawns. At times, clients cancel, leaving them frustrated and broke. On occasion, they bring their three children with them on landscaping jobs, hoping that the sight of the children elicits sympathy from potential clients.

“My kids work too. My 3-year-old knows how to pull weeds,” said Naomi, wearing a tank top with a bandana covering her cropped hair.

Naomi rested a mini pizza on her lap as she sat in a lawn chair against the brick wall of the store.  She lifted a small piece high enough for the cheese to dangle into her mouth as she explained her plight.

On a good day, she and Dewey mow five lawns, making about $50. On a bad day, like this one, when they make not a dime, they resort to eating small microwaveable pizzas from the store.

“I didn’t even eat it because it was old. I have had lots of days going to bed hungry,” said Dewey, who has Naomi’s name tattooed on his neck. “There are days that there’s more gas in that gas can than food in my stomach, because I have to stay ready for work.”

Naomi and Dewey are part of an informal service industry in Milwaukee made up of landscapers who go door to door, offering up their services at a discount as a way to make a living. During the winter, many of the landscapers go door to door with shovels, hoping to make a few dollars clearing snow and ice.

Tim Davis has been driving around the city in his sedan for the past two summers with his lawnmower sticking out of the trunk and a leaf and grass blower in the back seat.

“I have to. I have no other income, zero. I got four kids and I got to eat,” Davis said as he stood near the broken rearview mirror outside of the driver’s side of his emerald green Saturn after he left All Star Foods, 3100 N. 27th St. in the Franklin Heights neighborhood.

Davis treats his venture as a small business by being reliable and meticulous and by promoting himself through word of mouth and on Craigslist.

“I like the way he cuts my yard. He does a very good job,” said Flora Hazard, one of Davis’ clients. “I could do it, but I’m a senior.”

In addition to the elderly who are physically unable to maintain their lawns, property owners and renters who cannot afford lawn care equipment create the demand for door-to-door landscapers. Small-business owners also take advantage of the services.

For Richard Wilder, a recovering drug addict and alcoholic, landscaping work is not only a way to bring in income; it’s also therapy.

“This keeps me going. It keeps me from thinking about that first drink because one is not enough and a thousand is too many,” said the 55-year-old, in a deep Southern drawl, wearing a wide-brim straw hat. “It also help pays the bills and gas.”

Wilder proudly wore a “visitor” sticker from a morning Alcoholics Anonymous meeting on his polo shirt, now dampened with sweat from clearing brush from a property near the corner of 49th and Center streets.

“I get joy out of cutting grass. I cut grass the way it ought to be cut,” he said as he wiped his brow, leaning against the back of his bright red pickup truck, overflowing with leafy branches and twigs.

He regularly works for a real estate investor, clearing away brush and weeds from unkempt properties that have just been purchased and are slated for rehab. He also makes money from several grass-cutting jobs throughout city

Wilder, a veteran who grew up in Mississippi at the height of the bloody civil rights struggles, also does some work free of charge as a way to give back to his struggling community.

“It’s a love offering. We need to help each other,” he said. “Everybody has to chip in to keep the neighborhood clean.”

A man who goes by the name of Geno Records tidies his block, sweeping the sidewalk and street, and performing small repair and occasional landscaping jobs in his neighborhood.

“If I clean up the block right now, that’s a pack of hot dogs,” the lanky, towering black man said as he slipped on yard gloves and grabbed his broom outside his attic apartment in the 3000 block of North 28th Street in Sherman Park.

For his work, his neighbors pay him in change, maybe a quarter here and a dollar there.

2 thoughts on “How To Fight Poverty”