The Expendables 3 is Thrice the Schlock

Stallone adds a couple of unknown under 30s to his crowded roster of aging action stars in the third instalment.

A parade of near has-beens and fresher recruits populates this international action jamboree. The third entry in this franchise is as monotonous and forgettable as its drab and prophecy-fulfilling title seems to indicate. Sylvester Stallone is still at the helm of the mercenary black-ops crew hired by the CIA, but although he directed the first scrappy entry in this franchise and had a hand in co-writing all three, Stallone is outgunned by a flotilla of aging action stars and newbie reinforcements in this scattershot configuration. Some characters pop in and pop out with little rhyme or reason, and all except Stallone’s Barney Ross have catchy monikers – and by the end of the adventure, matching tattoos, our era’s emblem of the New Sincerity.

The movie opens in mid-caper as the old gang breaks Wesley Snipes’ character Doc out of prison (which takes on a meta-humor if you think about it, since the actor’s jail time reportedly interfered with his ability to take part in the first two  Expendables  movies). From there, an unclear shoot-out at the port of Mogadishu, Somalia, takes place. Then a rapid succession of new datelines appears onscreen every few minutes as Barney breaks up the old band and drafts younger substitutes, with the aid of Bonaparte (Kelsey Grammer). Yet, the film’s many “expendables” are colorless and interchangeable – except for Antonio Banderas’ motor mouthed Galgo, who makes an annoying impression. Some of the massive outlay of money that must have been spent on actors’ salaries and pyrotechnics should have been put toward script rewrites.

Lots of stuff blows up and innumerable kills whiz by, which puts  The Expendables 3  in that awkward spot which kowtows to a PG-13 rating while also subverting everything the rating was meant to shield. What the movie ultimately demonstrates is that the sum total is less than the individual parts when you add together Rocky, the Terminator, Indiana Jones, Mad Max, Blade, Zorro, Hercules, and the Transporter. 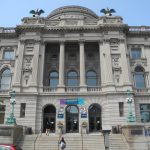