State Fair Has a Conniption Fit

Known more for its agriculture exhibits and anything fried on a stick, the Wisconsin State Fair is not the first place heavy metal fans go to bang their heads, but on Monday night at the fair’s Water Street Brewery Stage, Milwaukee’s own thrashers, Conniption, offered an energetic, hard-driving performance that wowed the crowd.

Vocalist and guitarist Mike Brigham’s melodic Queen-inspired singing stands as a contrast to modern metal, but helps the band stand out among a sea of bands featuring cookie-monster vocalists. “There are a lot of bands that growl, but I prefer singing,” says Brigham, who also cites Paul McCartney and John Lennon as vocal influences.

Brigham also proved himself an accomplished guitarist, performing fairly technical maneuvers while singing. Still, his playing paled in the presence of lead guitarist Bill House and his finely sharpened skills. His fingers hitting the fretboard with rapid-fire speed without ever missing a note, House made it all look easy. He left the crowd stunned, especially by his flawless rendition of Megadeth’s 1990 hit, “Hanger 18.”

While often left in the shadows, Conniption’s bassist Cody Dziuk and drummer Andy Martin managed to show off their skills, and in the case of Dziuk, his well-toned upper body. With tremendous endurance, Martin kept the fast pace of the show going without a hiccup. His lightning quick reflexes and pounding drums added to Conniption’s heavy sound without the need of blast beats, a clichéd drumming style for heavy metal.

Utilizing a showy and somewhat unorthodox playing style, Dziuk rattled his bass with the same intensity as his comrades. Using all of his fingers rather than a pick and even trying a slap style at times, Dziuk ensured his bass was not overshadowed or reduced to simplistic lines. During a pre-show interview, Dziuk said the band insisted on at least one bass solo per show.

Entertaining a roaring crowd for a full two hours, the band played a vast array of tracks from their albums Kamikaze and Time Has Come. Amid such fan favorites such as “Let the Wolf Out,” “Who Needs Love Anyway,” “Kamikaze,” “The Torrent,” and “Fear Itself,” the band also paid tribute to some of its influences by playing selected tracks by Megadeth and Black Sabbath.

Concluding the show with a performance of “Machine Gun Heaven” and an announcement that they had won the inaugural Wisconsin Area Music Industry award for best Hard Rock/Metal band, Conniption earned roaring applause from fans new and old alike. While show goers flooded their merchandise area, band members were shaking hands and hugging enthusiastic fans. One audience member, Conniption mega-fan, Zack Ulsenberger, enthusiastically declared “It’s the best thing since Metallica. It’s a band that should be signed. Quickly!”

Formed in the winter of 2008 by brothers, Mike Brigham and Andy Martin, Conniption was completed after the two recruited House and Dziuk. With influences ranging from the classic rock styles of the 50’s through the 70’s to modern legends Guns n Roses, Children of Bodom, Metal Church, and Iron Maiden, the band hit the ground running, writing a handful of songs for their first release, A Method to Madness, which the band now jokingly refers to as “a glorified demo.”

Five years after forming, the band has steadily increased their presence in the Milwaukee metal scene, releasing two full length albums in one year and playing major shows across the state, opening up for legendary acts such as Metal Church, Iced Earth and Testament. Their show with Metal Church won them fans from and a supportive relationship with that band.

With two albums released in just the last year, Conniption is busy supporting those records and shopping them around to various record labels. Their ultimate goal is to sign with a major label such as Nuclear Blast or Metal Blade. Meanwhile, Conniption plans to release their third full length album sometime in 2015.

For tour dates, music, merchandise, or to contact the band visit www.conniption.us The band’s albums are are available at Itunes, Amazon.com, conniption.us, CDbaby, Exclusive Company, Graveyard Records, and Rushmore Records.

Official video for Let the Wolf Out 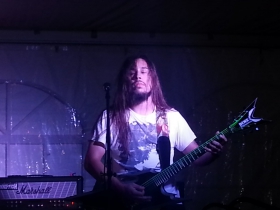 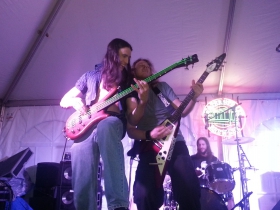 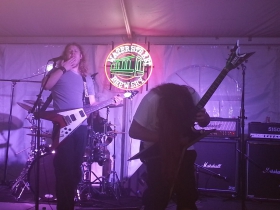 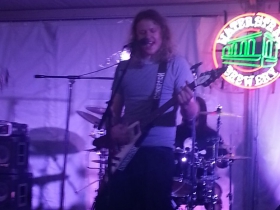 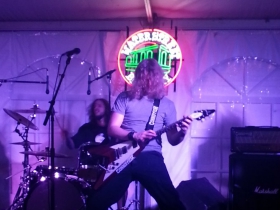 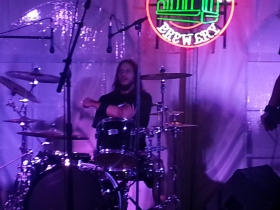 0 thoughts on “Music: State Fair Has a Conniption Fit”