Donations to arts groups have plummeted while giving to education has soared. Why? 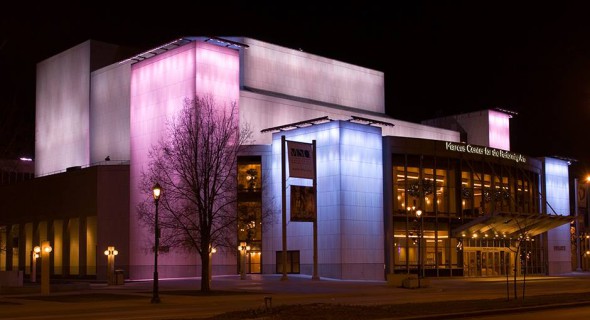 Marcus Center for the Performing Arts. Photo from Facebook.

The statistic was buried in a recent report by the Public Policy Forum about the growth of non-profits in Milwaukee. It showed that between 1989 and 2011, the percent of all charitable contributions in the metro area going to the arts dropped from 6.5 percent to 3.4 percent, nearly a 50 percent decline. Meanwhile, the share of all charitable donations going to education soared, rising from 3.3 percent to 7.3 percent, an increase of 121 percent.

In short, there has been a remarkable change in the priorities of Milwaukee’s charitable givers. The arts have become far less important and education far more important to them. Giving to the environment also rose significantly, but from a very small base: in 1989 just 0.5 percent of giving went to environmental causes and that tripled, to 1.5 percent by 2011.

Some confirmation of the decline in arts donations can be seen in annual drive by the United Performing Arts Fund. News stories show UPAF raised $5.5 M in 1989, and saw its fund drive jump to $9.5 million by 1999, rising much faster than the rate of inflation. But since then giving has been flat: the group raised just $9.7 M in 2011. UPAF has gradually bumped that up, to $11.7 M in 2014, but in real dollars that is 11 percent below the $9.5 million raised in 1999.

Why the decline? Bill Florescu, general director of the Florentine, says the Great Recession may be one reason. “The arts are going to slide in priority as donors say we’ve got to take care of the primary needs of the community first.”

But the decline in arts funding predates that economic meltdown. “For years leading up to the recession we were flat,” concedes Leigh Lane-Peine, chief marketing officer for UPAF, “and then giving dipped during the recession.”

What’s been happening since 1989 in Milwaukee? A tremendous amount of discussion about the need to improve education, the advent of school choice, and the opening many private schools that get state voucher or charter school funding but also seek private donations. Education has been a hot topic in this metro area, and often times the squeaky wheel gets the grease.

In 1992, Partners Advancing Values in Education, or PAVE, was created to help raise money for private schools in the metro area. The conservative Bradley Foundation, a huge proponent of school choice, donated somewhere in the neighborhood of $1.8 million to PAVE its first two years. Throughout the 1990s PAVE invested millions of dollars in scholarships for low-income families to its partner schools, its website notes, and since 2001, “PAVE has invested $17 million in school expansion projects.”

Meanwhile other non-profits arose flying the flag of educational choice and experimentation and seeking donor support. School Choice Wisconsin advocates for more state funding of vouchers.Schools That Can Milwaukee, formed in 2010, works to get support for 22 mostly religious choice and charter schools. Milwaukee Charter School Advocates, also started in 2010, works to provide strategies and resources to support area charter schools. Milwaukee Succeeds, launched in 2011, is a collaborative effort started by the Greater Milwaukee Foundation, which supports strategies to improve all schools — public, private, choice and charter — in the city.

Then there are the local affiliates of national organizations. Teach for America works to recruit recent college graduates to work in low-income schools, and the Milwaukee branch, created in 2009, has a long list of area financial supporters. City Year, a member of the AmeriCorps network, is a program that seeks young volunteers to work with students in public schools to help prevent dropouts and there is now a Milwaukee branch of the program.

There are now a lot more schools and education organizations in Milwaukee. And that means a lot more competition for donations, says Dan McKinley, executive director of PAVE. He estimates that Schools That Can Milwaukee raised some $3 million last year, while the Milwaukee branch of Teach for America raised $2.5 million. Then there is Milwaukee Succeeds: “It’s taken a lot of money out of the (Greater Milwaukee) Foundation that used to go to schools. They have big staff, big meetings for the organization,” McKinley says.

While the creation of these organizations has increased competition among education groups, it has also meant more competition for all non-profits, including arts groups, seeking donations. A picture of this emerges when you look at giving by the Bradley Foundation.

Back in 1991, its annual reports show it gave nearly $1.2 million to arts groups in the metro area. By 2013, giving in that category had dropped to about $640,000. It was lower that year because the foundation did not fund the Milwaukee Symphony Orchestra, citing concerns about its finances, but in the year previous (2012), the foundation gave about $933,000 to the arts.

In real dollars that $1.2 million given in 1991 would have been worth $2 million by 2013, meaning the foundation’s current level of giving to the arts of about $933,000 has dropped by a little more than $1 million, or more than 50 percent. That huge decline came despite the foundation’s total assets nearly doubling during this period, growing from about $360 million to $640 million.

What was funded instead? The short answer is that the Bradley Foundation is a very ideological organization that looks to make strategic grants to move this country to the right. From the beginning of the school choice movement the foundation has been perhaps its foremost champion, and has spent heavily to support its growth. If anything, it has become even more ideological under the leadership of uber-conservative power broker Michael Grebe, who took over as its president and CEO in 2002.

But there are also individual choice schools the foundation gives to, and other organizations nationally that advocate for choice and charter schools.  A study by the National Committee for Responsive Philanthropy estimated that from 2002 to 2006, there were “1,212 distinct foundations giving grants to 104 of the 132 identified school choice organizations.” The leader was the Walton Family Foundation, which gave $25.3 million in 2005 to school choice organizations, and the Bradley Foundation was second with $6.4 million in donations.

Nationally the school choice movement has been something of an earthquake, but its undoubted epicenter is Milwaukee, Wisconsin. The reverberations, it appears, are being felt — and quite powerfully — by the city’s long vaunted arts scene.