Interest groups demand them. Politicians hate them. The result is less compromise on issues.

The state Assembly candidate grimaced when asked the number of questionnaires he’d received from special-interest groups demanding to know his positions on issues they will push next year. He estimated getting up to 30 questionnaires – some of which he ignored because they fell into the stop-beating-your-wife category.

The candidate’s name isn’t important, because his view is shared by so many other politicians of both parties. “Candidates hate questionnaires – and I don’t blame them,” says Joe Murray, chief lobbyist for the Wisconsin Realtors Association (WRA).

If you run for the Legislature, you get swamped with questionnaires, surveys, requests for endorsement interviews and other attempts to lock you into a yes/no commitment months – or even years – before a specific bill is up for a vote.

Candidates walk a fine line when they get these requests. They must answer questions about major public policy issues: Would you raise taxes to maintain highway construction and maintenance, since there is a projected $650-million Transportation Department deficit by mid-2017? Do you support Gov. Scott Walker’s call to repeal Common Core educational standards?

Special-interest groups then use the candidates’ answers to publish pre-election “voters’ guides,” decide whether to contribute to specific candidates and, in some cases, make endorsements. That can be helpful. But candidates also know that a specific answer today may come back and bite you later. And, a one-sentence answer to a complex policy question can be misrepresented.

To avoid questionnaires, the Realtors Association uses a different process to vet candidates. “We interview in all ‘open’ seats” – elections with no incumbents, Murray says. The interviews include WRA members from the candidate’s district. Questions are drafted by leaders of the statewide association. “Endorsed candidates get money, letters of endorsement to all members in the district [and] included in the official WRA Voter Guide,” Murray notes.

Andrea Kaminski, executive director of the non-profit League of Women Voters of Wisconsin, says her group never endorses candidates but questions them this way: “The state League of Women Voters sends a link for on-line questionnaire to all candidates for statewide offices, legislative and congressional seats. Candidates enter their own answer, which are published verbatim on-line…

But two former legislators say it all causes more harm than good. 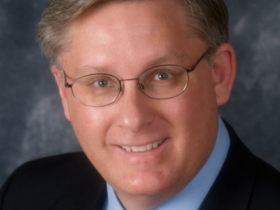 “Questionnaires are especially a problem for first-time candidates, says former Assembly assistant Democratic leader Tony Staskunas, now a Milwaukee County supervisor. “Over time you learn which are the more important questionnaires to answer. For example, as a Democrat, most members were encouraged to always answer surveys from labor organizations….Members tended to answer the surveys in which they knew that they agreed with the position of the organization asking the questions and tended to ignore and not answer the surveys from organizations which they disagreed with.”

Staskunas says interest groups sometimes ask candidates to change their answers. “We were asked by interest groups to re-do a survey and change an answer so that it would fit their agenda. In this fashion, the interest group could then endorse a candidate.  They were only interested in a 100 percent pure answer.”

Overall, Staskunas says, “this proliferation of surveys and questionnaires is the cause of some of the hyper-partisanship now rampant in the Legislature.” If a candidate takes a pledge to vote a certain way, for example, they are “locked into a position before they have even taken office, which greatly reduces the opportunity to negotiate or work with the opposing party on a compromise.”

Mordecai Lee, a UW-Milwaukee professor and former Democratic legislator, says special-interest groups send out questionnaires “to lock up your vote long before you know precisely what you’re voting on.”

“Politicians like ambiguity and special-interest groups like specificity,” Lee adds. “There’s a saying amongst politicians: ‘You can’t get in trouble for what you don’t say’.”

Overall, Lee believes, “The real loser here is the public at-large who want to elect politicians who will vote for the public interest and stand up to special-interest groups.” Special-interest groups care about “one tiny subject” that escapes public notice, Lee adds. “It’s the fatal flaw of American politics: Pleasing special interests rarely has electoral repercussions.”