Milwaukee's best bicycle race, as our photos prove, kicks off at 7 p.m.

At 7 p.m. tonight, 1,000 cyclists will take off from in front of a house just south of the intersection of N. Pierce St. and E. Center St.  for 7th annual Riverwest 24. The 24-hour bicycle race through the Riverwest neighborhood is like nothing you’ve ever experienced.

As close to a guerrilla event as it can be, the only street that is closed is the block in front of the start-finish line. There is no set route, just four checkpoints spread across Riverwest, which must be stopped at in order. Teams of up to six participate, but so do individual and tandem riders, some staying on the saddle for nearly the whole 24 hours. The contest can’t be won without participation in bonus checkpoints (announced in scavenger hunt fashion at the start of the event), which range from acting out scenes in movies and eating breakfast to getting a tattoo and smashing frozen t-shirts.

Watch for our live blog to debut at 7 p.m. (-ish, nothing can be too official with the 24) as myself and Dave Reid team up with four others to improve on last year’s mediocre showing.

Our photos from last year cover the fun that is “the 24”. If you’re interested in checking out the event, stop by one of the checkpoints between 7 p.m. tonight to 7 p.m. Saturday. Checkpoints are at Pierce/Center, Keefe/Booth, Dousman/Burleigh, and the south end of the Marsupial Bridge (the new again Swing Park). 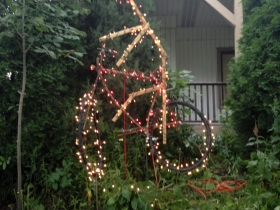 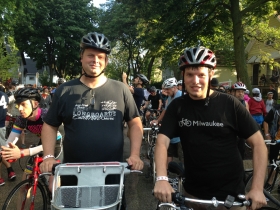 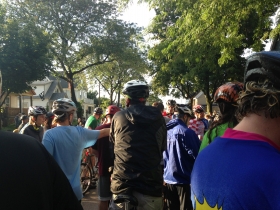 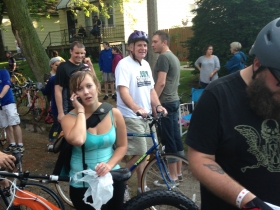 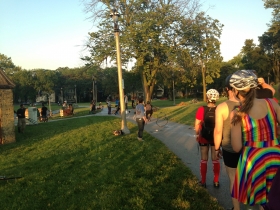 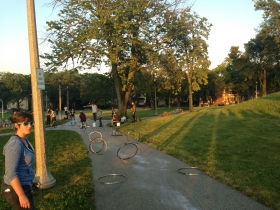