The Riverwest 24 is a 24 hour celebration of bicycling and community.

It’s not unusual to see large groups of half naked cyclists gathered in Riverwest. What made July 27 and 28 different, was the spandex. This past weekend marked the fifth year of the Riverwest 24, an all-day and all-night neighborhood bike race and community event. The race organizers often emphasize the community activities that increasingly define the race/ride/party. Teams of up to six riders can win the race by completing the most laps – which circle the neighborhood in units of just under five miles each – and almost more importantly, by collecting bonus points through many activities unfamiliar to Lance Armstrong. Some bonus check points include dancing to Michael Jackson, having a taro card reading, and getting a tattoo of the RW 24 logo. The balance of biking and community has been so successful in Riverwest that Minneapolis has replicated the event for two years in their “Powderhorn 24”. 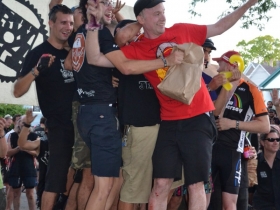 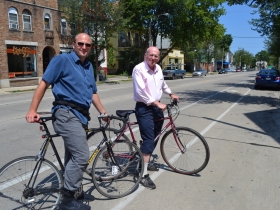 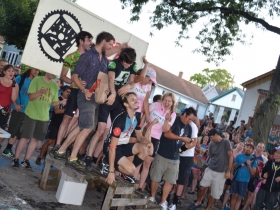 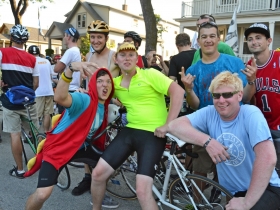 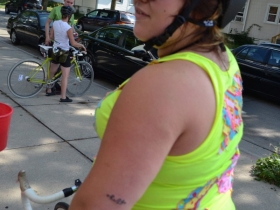 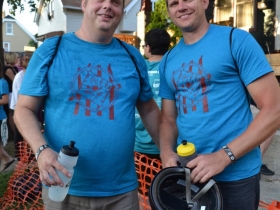