Four talented candidates battling for open district which runs from Bay View to East Side.

Assembly District 19 is a prime bit of Democratic Party real estate. It’s an urban ribbon running along the city’s entire lakefront from Bay View on the south through Downtown and north to the UW-Milwaukee campus. It also offers what amounts to political tenure; get elected in that district and you can probably hold the job forever.

That explains why there is so much talent – two lawyers, including a former Milwaukee County prosecutor, the chairwoman of Milwaukee County’s Board of Supervisors and a senior legislative aide – in the Aug. 12 primary in that Assembly district. There is no Republican candidate, so the winner will face Pirate Party candidate Joe Klein. The four want to replace Democratic Rep. Jon Richards, who is running for attorney general after 16 years in the Assembly.

Before we meet the candidates, meet Assembly District 19. According to a Legislative Reference Bureau profile:

*One in three residents lived in homes they owned; two of every three rented.

*Of the district’s 33,420 adults, 53 percent had a bachelor’s or other graduate or professional degree; 19 percent attended college but did not graduate; 16 percent had a high school diploma, and 7 percent did not finish high school.

All four candidates agree on several issues: Wisconsin should take federal dollars to expand Medicaid coverage to more low-income residents. The minimum wage should be raised. The idea of a Milwaukee-area regional transit authority must be resurrected to help the city’s poor get to jobs. Same-sex marriages must be legalized. Common Core educational standards should not be repealed. As for how they differ, here’s a detailed look (based on Wisconsin Eye interviews) at all four Democratic candidates (in alphabetical order) in Assembly District 19: 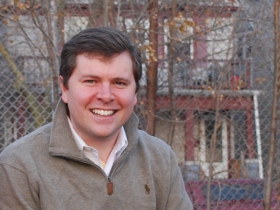 Dan Adams: The former Milwaukee County prosecutor now has a private criminal practice and visited 15 MPS schools to learn about education issues, which he says would be his top priority if elected. Adams says he represents too many black men between the ages of 17 and 35 facing  criminal prison sentences because they grew up wanting only to be “a tough guy” – a problem that can be fixed by better schools.

Adams stands out for touching a “third rail” issue in Milwaukee by supporting those School Choice and charter schools that are effective. “That’s something I’m not going to back away from,” he says. He would fight expansion of the Choice program statewide, however. Adams criticizes two of his opponents directly: Milwaukee County Board Chair Marina Dimitrijevic “is looking for a job as a placeholder for something else.” And Jonathan Brostoff would spend more time going around Wisconsin recruiting Democratic candidates than he would representing Milwaukee, Adams charges. 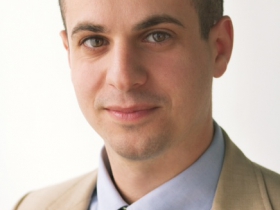 Jonathan Brostoff: The senior aide to Senate Democratic Leader Chris Larson says he spent 16 years advocating for the poor and homeless, starting as a volunteer at age 14. Brostoff would end the School Choice program, calling it a “25-year failed experiment,” and reinvest money now spent on Choice on kindergarten for children ages 3 and 4, smaller class sizes and better pay for teachers. He also says state government should make “micro loans” to start-up businesses.

Brostoff wants medical marijuana and the recreational use of marijuana legalized and laws changed so that “non-violent drug offenses” are not prosecuted. Breaking up families by sending young adults to prison for non-violent drug crimes has caused “moral damage” to thousands of Milwaukee families, he says. Brostoff also criticizes Dimitrijevic, saying she supports proposals made by controversial Sheriff David Clarke.

Marina Dimitrijevic: The Milwaukee County board chair says she has spent 10 years working on local issues, and solving problems, and wants to go to the Legislature to stop Republican attacks on Milwaukee, Milwaukee County and “working families.”

“Many of the things we’re talking about, I’ve delivered on,” she says, citing passage of “living wage” and domestic partner ordinances and environmental protections.

In Madison, she says she try to “shut down” the School Choice program – one reason she has been endorsed by state and local teachers unions. Dimitrijevic also wants to revive a plan Milwaukee County voters approved in 2008 to raise the local sales tax to finance local transportation systems and other specific programs. “I don’t think there’s an expiration date” on that 2008 vote, she says. Now, “we can’t even get people to jobs.” What sets her apart from her opponents, Dimitrijevic says, is her record of working with everyone – even Republican Gov. Scott Walker when he was Milwaukee County executive – to get things done. 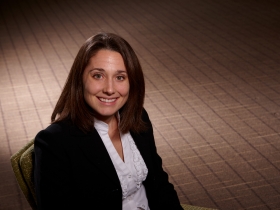 Sara Geenen: As an attorney specializing in labor and retiree issues, Geenen calls “reinstating and protecting” collective bargaining that most public employees lost in 2011 “a very important thing….I grew up in a labor household.” Geenen also wants the School Choice program phased out “over the course of a few years” and statewide kindergarten for 3- and 4-year-olds started. The Choice program funds a “parallel” school system, she says.

To help pay for a projected $650 million deficit in transportation spending statewide by mid-2017, Geenen says she would “seriously consider” raising the gas tax, which has not been increased since 2006. It’s time to reconsider adjusting the gas tax each year for inflation, she adds.

Geenen says she is the only one of the four candidates who understands “how laws work in practice.”

Steven Walters is a producer for the non-profit public affairs network WisconsinEye. Contact him at stevenscwalters@gmail.com

19 thoughts on “The State of Politics: Wide-Open Battle for 19th Assembly District”