Once more some 5,000 runners and walkers took over the streets of East Town in the late night opening to Bastille Days.

The king’s prison guards, had they been blocking the way, wouldn’t have stood a chance last night as a crowd of at least 5,000 participated in the annual Storm the Bastille run. It’s a revolution of sorts as the 5K run and two mile walk banishes cars and turns the streets over to runners and walkers as they loop through Downtown and the Historic Third Ward starting and ending at N. Jefferson St. and E. Wells St.

The event serves as the informal kickoff for the East Town Association’s Bastille Days festival. A celebration of French culture (and anything and everything for sale by area businesses), the free festival runs through Sunday. Attracting over 250,000 annually, the festival is now in its 33rd year.

The Locust Street Festival beer run is great fun, but the Storm the Bastille run is the best 5K the city has to offer. The absence of exhaust and engine noise as you wind through normally busy streets lets you to see the city in another light. It’s memorable. Though I could do without the uphill climb to end the route

Our photos capture the excitement. 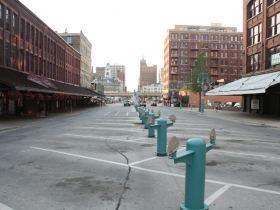 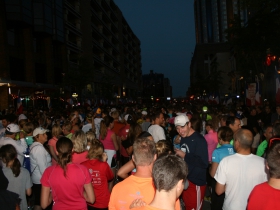 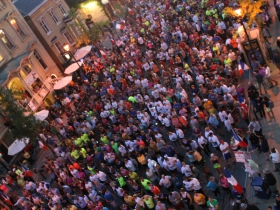 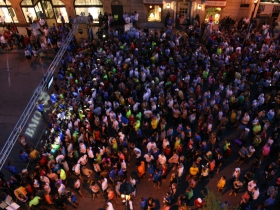 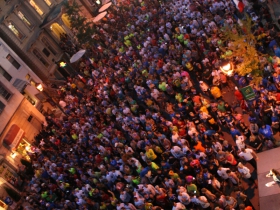 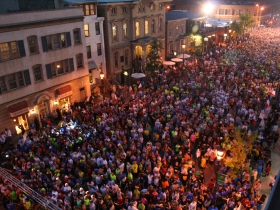