The first visible signs of the Creational Trails project on W. Wisconsin Ave. are taking shape on the parking lot between N. 4th St. and N. 5th St. Located across from the oft-renamed Wisconsin Center, the parking lot will be transformed into a night market once a month through October.

With the first event scheduled to take place next Wednesday, July 16th, workers are scrambling to assemble the artistic structure, designed by Paul Bestul, that will host the market. It’s far from the only art on The Avenue though, with Ayla Boyle scheduled to do a large dream catcher-esque netting above a skywalk on the street.

The pavilion being assembled has been named the Moire Pavilion and was selected in a competitive application process dubbed Tournavation.

Other Artists With Featured Work at Market 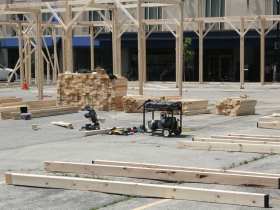 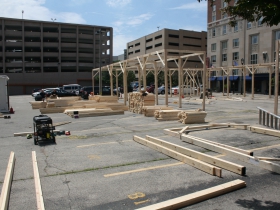 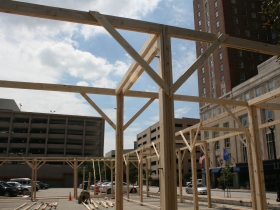 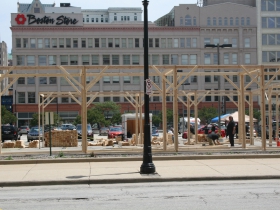 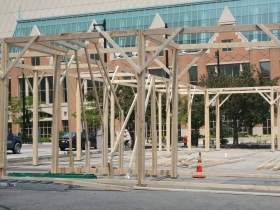 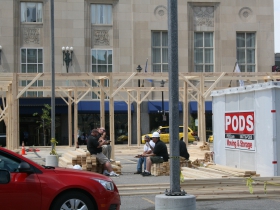 Past Coverage of Creational Trails