All kinds of donated goods were contributed and sold to provide aid for Wisconsin's returning veterans. 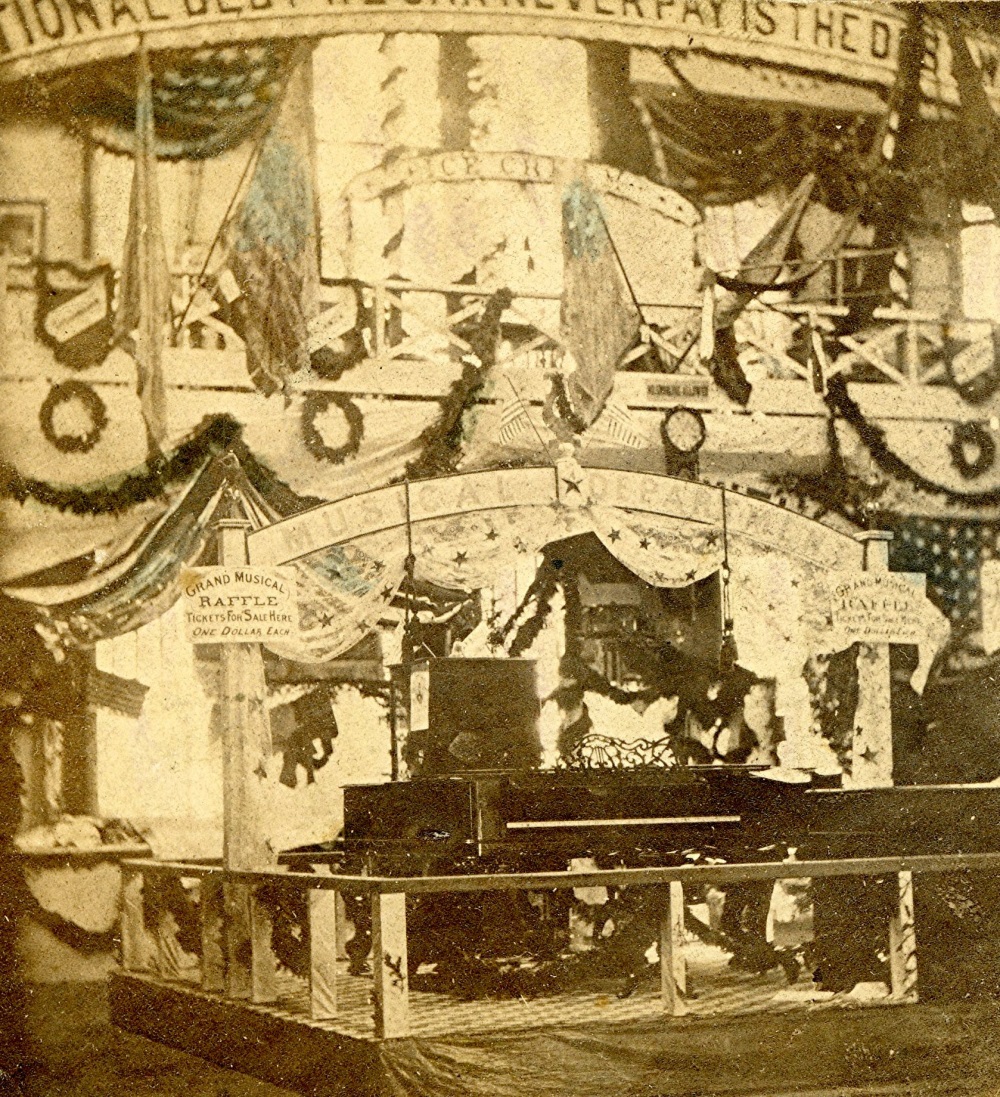 Items up for raffle. Image courtesy of Jeff Beutner.

The main fundraising tool at the 1865 Milwaukee Soldiers Home Fair was the sale of donated goods. Anything would work — from simple agricultural produce to fine luxury goods. The better items for offered for raffle including a square rosewood piano that was valued at $2,000, quite a tidy sum at that time. Here is a display of other items also up for raffle. Among those were treadle sewing machines. They were the state-of-the-art in homemaker’s technology at that time and, like the piano, were quite expensive. It was not until the age of Sears Roebuck that they would become common in homes.

The banner at the top of the photo reads ‘The only debt we can never pay is the debt we owe the Union soldiers.” Accepting charity at that time was only for the very poor, so part of the idea of fairs like this was to help make the wounded veterans comfortable with accepting civic and government aid for their health care.

The fair also included war souvenirs acquired by the Wisconsin soldiers, as well as Old Abe, the mascot of the 8th Wisconsin Volunteer Infantry Regiment. Old Abe was a bald eagle who would live in the state Capitol. Everybody contributed to make the fair a great success.