How Republicans Cause Voter Fraud

Recently we learned that Robert Monroe, a 50-year-old Shorewood health insurance executive, was charged with 13 felonies for fraudulently voting a dozen times in five elections between 2011 and 2012. He was weirdly resourceful, using his own name as well as that of his son and his girlfriend’s son to vote illegally. Monroe is considered the most prolific multiple voter in memory caught in Wisconsin.

Monroe is also a supporter of Gov. Scott Walker who voted for him five times in the 2012 recall election, and has twice donated money to Republican state Sen. Alberta Darling. We learned about his party affiliation in a June 21 story by WisPolitics.com  and Colleen Henry of WISN TV reported that Monroe was a Darling donor on June 23.

Yet when the Milwaukee Journal Sentinel reported the story on June 24, the paper left out the fact that Monroe was a Republican. Incredible. I guess they didn’t want to anger their conservative readers.

This omission, of course, allows those readers to assume that Monroe, as a resident of liberal-leaning Shorewood, must have been a Democrat.

This is not the first time that Republicans, convinced that elections are being stolen by Democrats, decided they must vote more than once. There was the case of Herb Gunka and Suzanne Gunka, the West Allis couple accused of voting twice in the November 2008 election. Herb Gunka a hunter and lifelong member of the National Rifle Association, was a fan of conservative talk radio, and the Gunkas were so upset by the talk radio mantra that widespread voter fraud would cancel their own votes that they rushed out to vote – again.

Talk radio host Mark Belling has routinely referred to “rampant voter fraud” and charged that “fraud is part of the Democratic playbook,” while Charlie Sykes tells listeners there’s “a massive concerted effort to defraud the polls,” and gives it a racial tinge with his charge of widespread voter fraud in the “central city.”

Belling and Sykes, of course, are just “entertainers,” so they can make the most exaggerated claims and mislead listeners. But their message is no different than that peddled by top Republican officials. 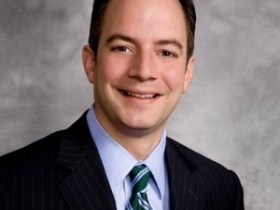 Reince Priebus, Wisconsin native and chairman of the Republican National Committee has charged that this state is “riddled” with voter fraud, estimating that up to 2 percent of all votes in the state are fraudulent. In the 2012 election, where more than 3 million voted for president in Wisconsin, that would mean more than 61,000 votes were cast illegally. It’s an astonishing claim, and Priebus offered no evidence whatsoever to back it up.

Not coincidentally, the figure has also been repeated by Belling, who charges that “Democrats have a two percent fraud factor.”

Gov. Scott Walker has also repeated the two percent claim, telling the Weekly Standard that “I’ve always thought in this state, close elections, presidential elections, it means you probably have to win with at least 53 percent of the vote to account for fraud. One or two points, potentially.”

You’d think, given these 61,000 illegal votes cast statewide, that Republicans could easily prove that fraud was widespread. But when given the chance to do just that, in response to a federal suit against the Wisconsin photo ID law, they failed miserably. As I’ve previously reported, a team led by Republican attorney general J.B. Van Hollen presented a huge final brief that was strikingly bereft any proof of voter fraud.

Meantime, there was testimony suggesting the constant harping on the need for laws to clean up voter fraud has convinced people it is a widespread problem. The plaintiffs challenging the law introduced a letter from Kevin Kennedy, director of the state Government Accountability Board, to the Speaker of the Wisconsin State Assembly: “Speaking frankly on behalf of our agency and local election officials,” Kennedy wrote, “I believe continued unsubstantiated allegations of voter fraud tend to unnecessarily undermine the confidence that voters have in election officials and the results of the elections.”

Rutgers University Professor Lorraine Minnite, who studied elections in Wisconsin during the years 2004, 2008, 2010 and 2012 to find incidents of voter fraud and found almost none, offered testimony regarding the likely impact of repeated claims of widespread voter fraud:

“Well, I think people don’t pay a lot of attention to these issues. I would imagine that concern about voter fraud is probably not on the very top of everyone’s list of concerns with respect to public policy or so forth, and so they don’t know a lot about it.

They don’t know a lot about how elections are run…They only know what they may pick up on a little bit from the news here and there. And when you have a lot of this discussion about voter fraud when voter fraud allegations are being made… and they’re being repeated over and over and over again, the public might generally have a sense that there might be a little bit of a problem…

So they defer to what we would call, in survey research, elite opinion. And when they hear people in important positions in government saying there’s a lot of fraud out there…I think that’s really influenced people to think that the problem is really bigger than it is.”

As Lester Pines, a Madison attorney involved in several challenges to the voter ID law has charged, “Reince Priebus and his ilk are saying this…. over and over and over because they’re using the well-known propaganda tool called ‘the big lie.’ If you say it enough times, people will believe it. There’s no other way to characterize this except that Reince Priebus is a liar.”

And the people most likely to be convinced by Republicans are those who share their beliefs. And so there was the Republican voter in Nevada who cast multiple ballots in the same election because she wanted to prove the system was corrupt. And the Republican voter and county supervisor candidate in Texas who cast absentee ballots on behalf of his girlfriend for five years after she died. And a Republican secretary of state in Indiana convicted of six counts of voter fraud.

They feel justified in doing such things, because, after all, the system is corrupt. And then when those instances of voter fraud occur, Republicans can cite them as examples to prove that reform is needed. For the more cynical GOP operatives, that qualifies as a win-win.

35 thoughts on “Murphy’s Law: How Republicans Cause Voter Fraud”