The Legacy of Phil Van Valkenberg

His creation of the Fat Tire Tour and the state's first bicycling guides led the way to our growing local bike culture.

By Dave Schlabowske, Bike Federation of Wisconsin - Jun 20th, 2014 12:12 pm
Get a daily rundown of the top stories on Urban Milwaukee

One could argue that the Fat Tire Tour of Milwaukee, the grand daddy of all Milwaukee pub crawls, is one ingredient in the recipe for Milwaukee’s transformation from a midwestern city suffering from a post-industrial decline into the exciting, vibrant urban center that it is today. Thirty years later, Phil Van Valkenberg has now passed the torch to Jason Manders and the crew at Trail Genius, who vowed to continue his ride with the same goals Phil started it: to get people out on bicycles exploring Milwaukee’s hidden gems.

Van Valkenberg started the Fat Tire Tour of Milwaukee 30 years ago after a ride through the Menomonee Valley; it was a poster child for Rustbelt decay, with 300 acres of brownfields dotted with abandoned factories. Since then, the valley has been transformed into a national success story for bicycle-oriented urban development. The Hank Aaron State Trail provides a guided tour through a beautifully reclaimed river valley where you will be as successful fishing for trout or salmon as for employment. 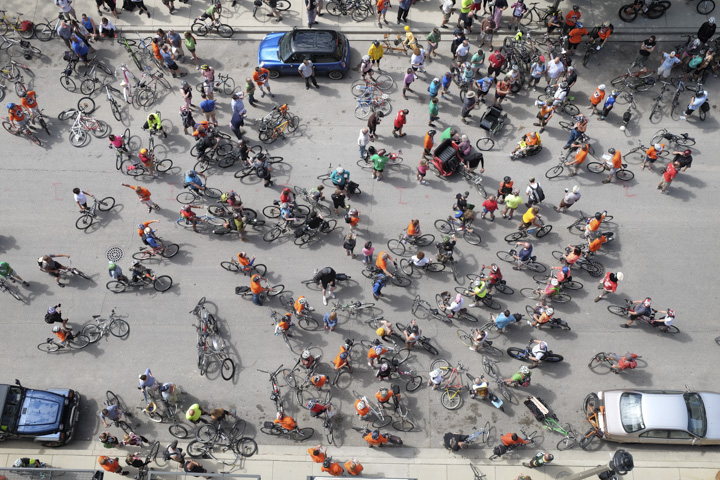 The Best Place is the gathering place for many a bike ride and bicycling is an integral part of the Pabst Brewery complex’s redevelopment.

The Menomonee Valley has at least 40 new businesses that provide more than 5,000 people with family-supporting jobs in manufacturing, entertainment and non-profit sectors. While the Phil’s Fat Tire Tour can only claim to have played a small part in that transformation, a conscious choice was made by local leaders to make the bicycle an integral part of the plan to remake the Menomonee Valley as a unique urban destination for recreation as well as business. 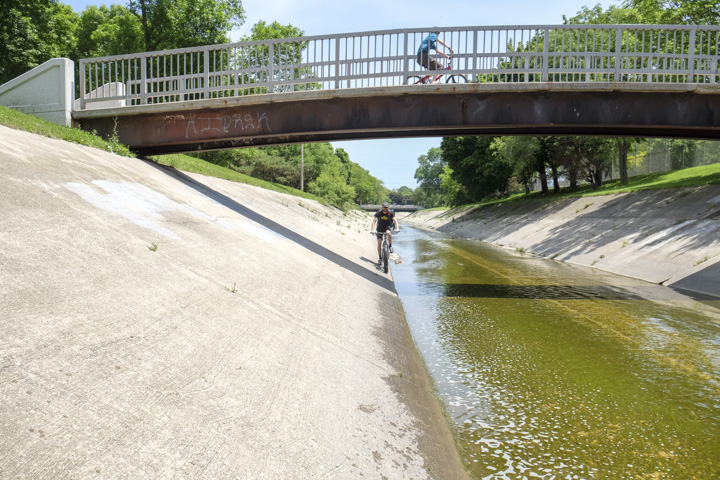 The Fat Tire Tour of Milwaukee has always been about riding off piste.

It is thanks to cycling visionaries like Van Valkenberg that Milwaukee and in fact, the rest of Wisconsin, are such great places to live and ride a bike. Not only did Phil start the Fat Tire Tour of Milwaukee, he also created the first bicycling guides for the state of Wisconsin and played a role in getting the Elroy Sparta Trail built, our nation’s first rail trail. 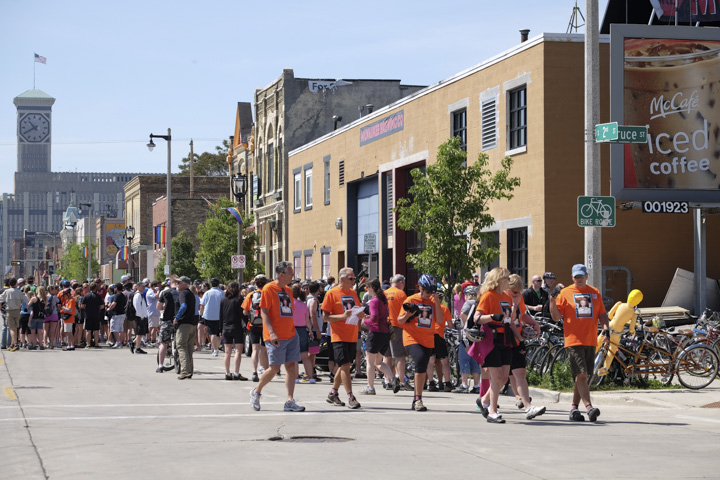 New jobs like those at the bicycle friendly Milwaukee Brewing Company build on our brewing heritage.

Regular readers know I believe the bicycle is an indicator species for healthy, vibrant communities. Places where you see lots of people out riding bicycles tend to have strong economies and are attractive to that all-important demographic, the youthful, highly-educated working class. Often, the bicycle can be a simple, inexpensive part of the solution to the many complicated problems our society faces today. It is not a cure-all, but much like “drink lots of fluids and get some rest,” riding a bike is part of any  healthy urban recovery. 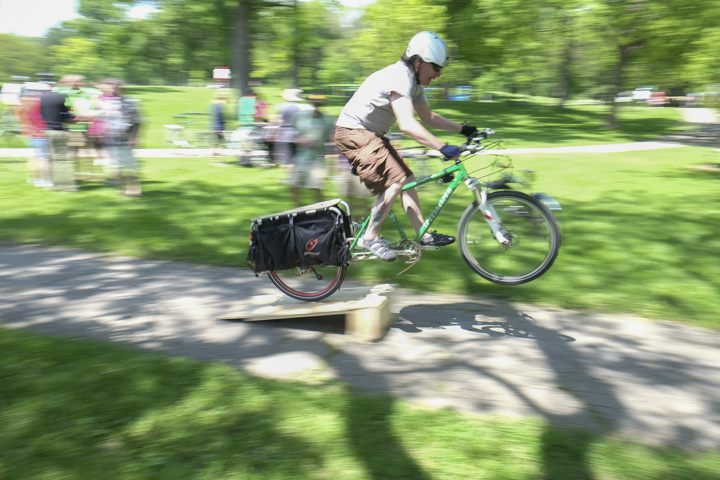 Cargo bikes taking sweet jumps is the face of the new Milwaukee.

Phil recently suffered a stroke, so he was not able to pedal around on the 30th anniversary of his ride, but everyone who knows him has faith he will make a full recovery. After all, he beat cancer a few years ago and was back on the bike. So I look forward to discovering even more of Milwaukee’s hidden gems with you soon, Pee Qui, get well! 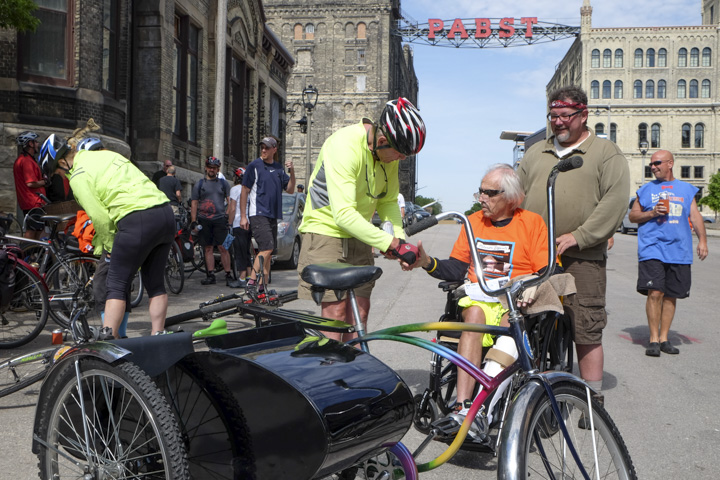 Thanks for all you have done for bicycling in Wisconsin, Pee Qui. Give me a holler when you are back on two wheels!

10 thoughts on “Bike Czar: The Legacy of Phil Van Valkenberg”