By Jabril Faraj, Milwaukee Neighborhood News Service - May 16th, 2014 10:06 am
Get a daily rundown of the top stories on Urban Milwaukee 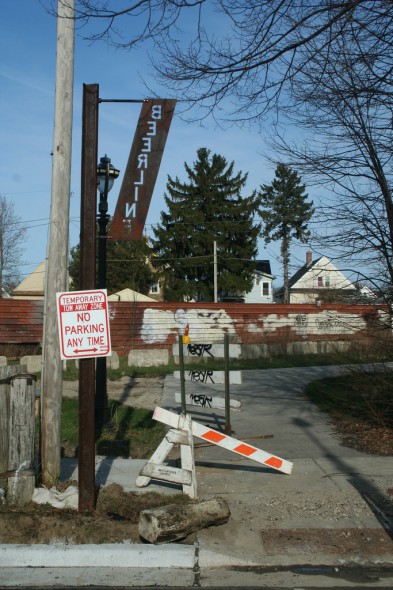 The Beerline Trail at Buffum Street in Harambee. Photo by Adam Carr.

The Beerline Trail project, which began in 2002 and opened in 2010, is being extended northwest into Harambee. Spanning the block between Holton and Buffum streets, the initial piece of the extension, dubbed “the artery,” is the first step in an effort to continue the Riverwest trail all the way to Capitol Drive.

Keith Hayes, field designer for the project, said he hopes the trail can become the “backbone” to a safe and prosperous community. “What we’re hoping is this just becomes the spine or the artery to several veins that will spread into the neighborhood,” said Hayes, creative director at beintween, an organization focused on space-based community building.

The trail is an ongoing joint effort among the Milwaukee Department of Public Works, the Greater Milwaukee Committee, Riverworks, local business owners and aldermen.

David Mercado, who lives on the 3400 block of Buffum, said the street had always been quiet when it was a dead-end but now that it is open to through traffic he’s worried that customers going to the bar at Keefe and Buffum will filter down their way. “Everyone’s going to be parking right here. It’s not going to be quiet on this block any more,” he said.

The city recently completed construction on Buffum between Keefe and Townsend to open up the street, which had previously been divided where the Beerline Trail connects to Buffum Street.

Another resident who identified himself as “Vic” but declined to give his last name, echoed Mercado, saying that there have been arguments in the street even in the first couple days the connection has been open. He said that after 15 years of living there, he is planning to move.

But Mae Nash, owner of Circles Lounge on Keefe, denied that bar patrons were making noise – or trouble – on the street. “Not in my bar, not here – I don’t tolerate it,” she said.

Nash said the street connection and path extension will take a little getting used to but she’s excited. “I hope decent people will stop by,” she said. “It’s going to be even prettier… it was ugly before.” 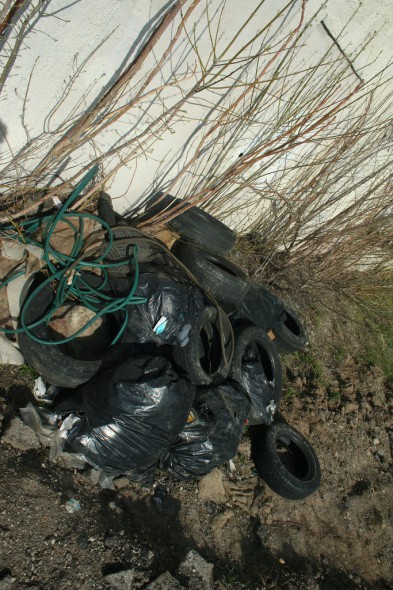 The “illegal dumping hotspot” at the southwest corner of 3456 N. Buffum. Photo by Adam Carr.

Steve Schopp, an employee at Wenniger Compressor Co., agreed with Nash that opening up the street will be better for business because of the increased accessibility. “Having this road is going to make a huge difference,” he said.

Supporters hope that, in the long run, the changes benefit everyone. “When you look at rails to trails initiatives… they create healthier spaces for businesses, for residents, for everyone,” said Chris Grandt, director of neighborhood development at Riverworks.

But Hayes emphasized the importance of community involvement rather than a “we know best” approach. He hopes the community will help to shape the trail, both before and after it’s finished. “That whole [process of creating something the community identifies with] is just interaction, it’s flexibility, it’s being there, it’s not putting something in over night and then walking away.”

One thing everyone can agree on is that something has to be done with the vacant building at 3456 Buffum. The tax-delinquent building has been the site of consistent dumping and residents are hoping for something better.

Hayes said it’s important to consider the possibilities. “You look at something – that’s what it is… what could it be?”

John Wilson, who lives around the corner on Keefe, said creating more green space around the trail is going to be a big positive. “I think that’ll be good for the neighborhood. I think the neighborhood needs more things to make it beautiful as opposed to things tearing it down.”

A number of events, including potlucks and performances, will be held this summer as part of the interactive programming for the artery and ICAN 2 LABS, a mobile WIFI hotspot fashioned from an old shipping container and rail ties that is located on the trail behind 3745 N. Richards.