It later became a bar and East Side cultural icon, but Century Hall was originally a place to go bowling. 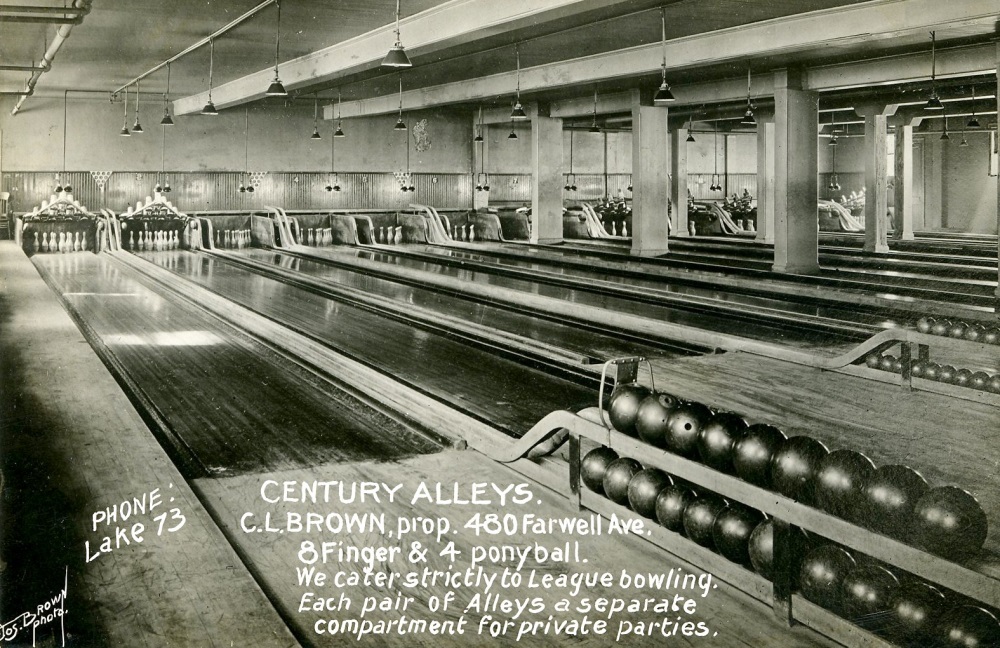 Many remember Century Hall, a charming old wooden structure on Farwell, just north of North Ave. In the 1970s, it was renovated and turned into a kind of counter-culture outpost, combining a bar serving food, a concert area that mostly booked rock bands, and an upstairs area where small theater companies, poets and others could perform. However the place later declined and the building burnt to the ground in a tragic 1988 fire.

But in its early years bowling was the attraction at Century Hall. (In fact the ’70s renovation built its tables using wood from the old bowling alleys.)  This interior view of the building dates from about 1915,  proudly showing off the bowling alleys. Note the bowling balls of two different sizes. The address of 480 Farwell Ave. may be a bit confusing. The City of Milwaukee made major street address changes in 1930-31, the first major address changes since 1865.

This being the city of bowling, brats and beer, there were many bowling alleys in Milwaukee, but the tradition is not as strong as it once was. For a unique bowling experience visit the Holler House, located at 2042 W. Lincoln Ave. This is Milwaukee’s oldest certified bowling alley with two lanes in the basement. The upstairs area is a bar.