It's a (mostly) classic American pub with plenty of TVs for Brewers games. 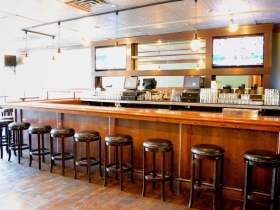 Bar at Who’s on Third.

It was back in the 1930s that Abbott and Costello created one of the most famous comedy routines, “Who’s on First,” in which the first baseman is named Who.  Milwaukee’s new bar, Who’s On Third, plays on that tradition while letting people know the street where it’s located — 1007 N. Old World 3rd St.

“My goal is to establish this place as a classic American pub. I want people to say, ‘let’s catch the game at Who’s tonight,” says owner Bobby Wiltgen.

The bar had its grand opening last week, but Wiltgen, the former manager at Trinity Three Irish Pubs, says this came after a lot of preparation. “I’ve been planning the concept of a classic American pub for three to four years. Milwaukee has a great culture for opening a bar, and working at Trinity for seven years was like receiving a master’s degree.”

Wiltgen signed the lease for the building in the middle of January and has been working with designers and plumbers ever since. He put in his two weeks notice at Trinity shortly thereafter, and divided his last weeks between the two locations. His schedule included 50 hours per week at Trinity and every day off working to fix up Who’s On Third.

Meticulous and hardworking, Wiltgen studied broadcast journalism at UW-Milwaukee, and turned down a radio station job offer in Rhinelander to pursue his dream. He worked at various bars throughout his college career and fell in love with Milwaukee’s bar culture, finding he loved entertaining customers. 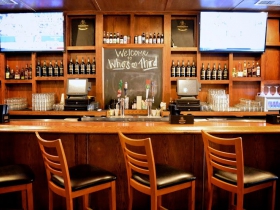 Bar at Who’s on Third.

Walking into the bar, customers see brown maple floors, olive green walls and hanging ceiling lights. Bar manager Mike Pierce makes drinks while playing bar dice and talking to customers. There are four flat screen TV’s hung from the walls, all playing the Brewers game. There is also a private room with a similar set-up which is used for birthday parties and corporate events. Background music ranges from less raucous blues to top 40 tunes depending on the time of day.

The walls in the main bar are decorated with large historical paintings of different Milwaukee landmarks, including a four-foot by four-foot painting of the caves used to store beer in the old days of Miller Brewery.

The drink menu includes mainly local beers, Spotted Cow, cider beer, a small wine selection and mixed drinks. Who’s On Third is one of the only bars in town to carry Dogfish Head Brewery’s 90 Minute IPA on tap. Pierce is also a former Trinity employee, and he believes presentation is important in terms of making drinks. 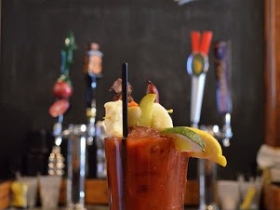 “I like to make my Bloody Marys simple rather than offering a full meal on a drink,” he explains. “I like to use martini glasses to make cosmos and Sex on The Beach. Customers like watching me put whipped cream on top of these drinks which isn’t something many bartenders do.”

Wiltgen considered locations elsewhere, from the East Side to Bay View to Wauwatosa, but says he loves the history and tourist attractions of Old 3rd World Street. “There is Usinger’s sausages, the spice house, the cheese shop, and so many other interesting places,” he says. “There are so many cool things to do downtown and this bar is exactly what this neighborhood needs. My goal is to reach out to hotels, sports fans and downtown business owners and give them a great place to go.”

Wiltgen’s brother and head chef, Bill Wiltgen, is a passionate culinary student at the Arts Institutes. He is very conscious of today’s organic food trend and has implemented menu items from Gordon Food Services, a sustainable foods distributor. 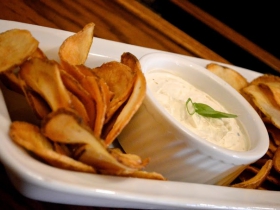 “When people think of bar food, they usually think unhealthy fried stuff which no one really wants anymore. I want to take bar food up a level and have all fresh and local foods- we even grill our wings,” he explains. “I want people to see this as a place to grab food and say, ‘I want that sauce, or that burger from Who’s.”

The kitchen receives about 80 orders per day of beer-infused cheese curds. The cheese curds recipe includes a flour mixed in with a Stein beer from Lakefront Riverwest Brewery. Each individual cheese curd is hand mixed and breaded into the batter.

“On an average weekend, I’ll cook 40 pounds of cheese curds and have to buy more by the end of the week.  I’m actually getting burnt on my hands from cooking them all by hand,” he laughs.

Bill tried various tap beers to create just the right beer batter for the cheese curds. He believes the Riverwest Stein is comparable to Guinness.

Bobby Wiltgen believes the secret to success for a bar owner is networking. He was able to promote the location heavily since signing the lease.

“It’s all about the lights, sound and personality,” he says. “The bar industry is a full-time job and it’s important to surround yourself with the right people. I hire people who have the right stories to entertain customers.”

Who’s On Third itself makes a pretty good story. It is open from 3 p.m. to closing time from Mondays through Thursdays and 12 p.m. to close on weekends.

And if you’ve never seen that Abbot and Costello routine, here it is: 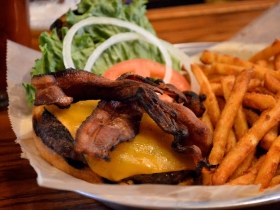 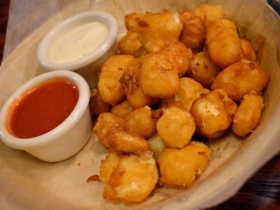 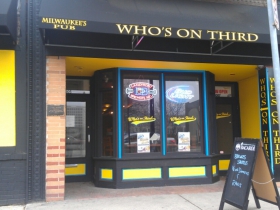 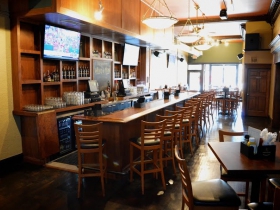