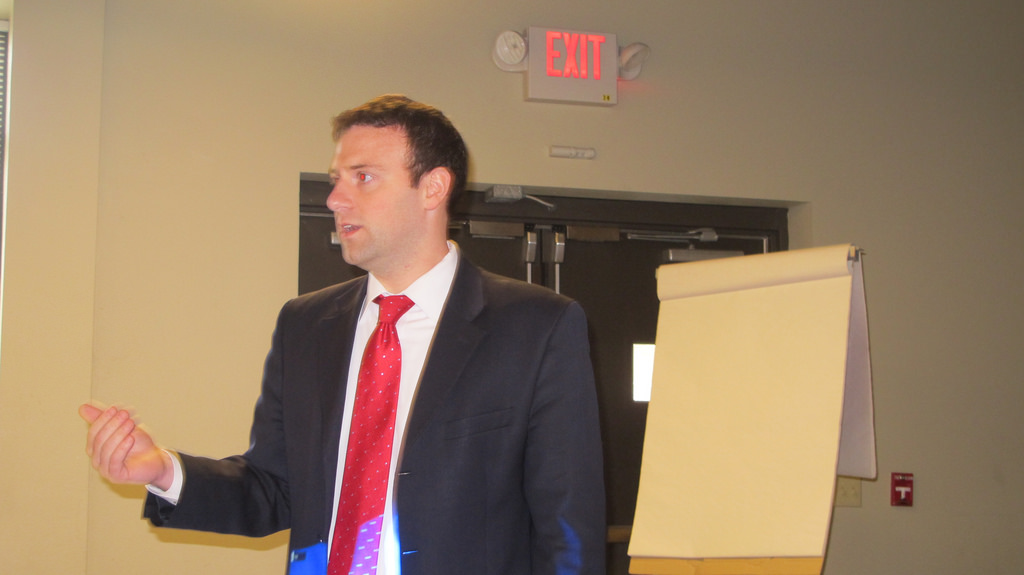 Washington Park residents want solutions to the prostitution problem in their neighborhood.

Residents said they have witnessed prostitution, violence and drug trafficking and are concerned for themselves and their families, especially when the activities are taking place around nearby schools.

According to Milwaukee County Assistant District Attorney Chris Ladwig, the traditional response to prostitution has been for the police to pose as customers, obtain a solicitation and arrest the prostitute. With no job or education, those arrested were soon back on the streets.

“The traditional methods of approaching the problem of prostitution are not efficient,” Ladwig said. “We are trying to be smart with our resources.”

This situation led the DA’s office, District 3 and the Benedict Center to develop the Sisters Program, a collaborative outreach effort.

Donna Hietpas, director of the Sisters Program, explained that now when prostitutes are detained by police, they are offered a deferred prosecution option. They are given a choice: a ticket and a fine or six-month participation in the Sisters Program.

“The root problems that lead to prostitution are violence, sexual assault and substance abuse. Trauma leads to increased sexuality,” Hietpas said. “When you live this life, you begin to think ‘This is normal.’ It’s hard to change.”

“The biggest issue is mental health,” explained Hietpas. “Of the women engaged in prostitution, 70 to 80 percent have a diagnosed mental health issue that’s not being treated.”

The Sisters Program was established in 2011 as a part-time effort of the Benedict Center. In 2013, the program received a grant from the Healthier Wisconsin Partnership Program that allowed it to be full time in District 3, Hietpas said.

An evaluation by Medical College of Wisconsin found that since 2011, two-thirds of the 88 women referred to the Sisters Program have completed the six months of case management and programming.

The program first targeted Lisbon and North avenues, both known for a high occurrence of prostitution.

Women can also participate in the program prior to arrest. Outreach workers and graduates of the Sisters program reach out to women involved in prostitution and offer them food, hygiene products, condoms and referrals to the program as well as other resources.

Genene Williams, an outreach worker for four years, once was homeless and had problems with the law and with drugs. She has been drug-free for eight years, has her own home and is attending Milwaukee Area Technical College.

“I’ve been there. I understand the struggles and everything that comes with it. I can relate to the women,” Williams said. “I don’t force the girls to talk to me; sometimes they call me names, and eventually they do talk to me.”

The Benedict Center also has a program for “johns” (solicitors of prostitutes). “We would like to see more police enforcement for johns,” said Jeanne Geraci, executive director of Benedict Center.

“Johns often come from other communities to solicit in the Lisbon area,” Ladwig explained. He added that Milwaukee County Sheriff David Clarke and Milwaukee Chief of Police Ed Flynn are working together on solutions to human trafficking.

We see success with the Sisters Program that we didn’t see with traditional methods of jail or probation.”