Before the viaducts arrived, this part of the valley was semi-pastoral, with many stone quarries. Part 3 of series. 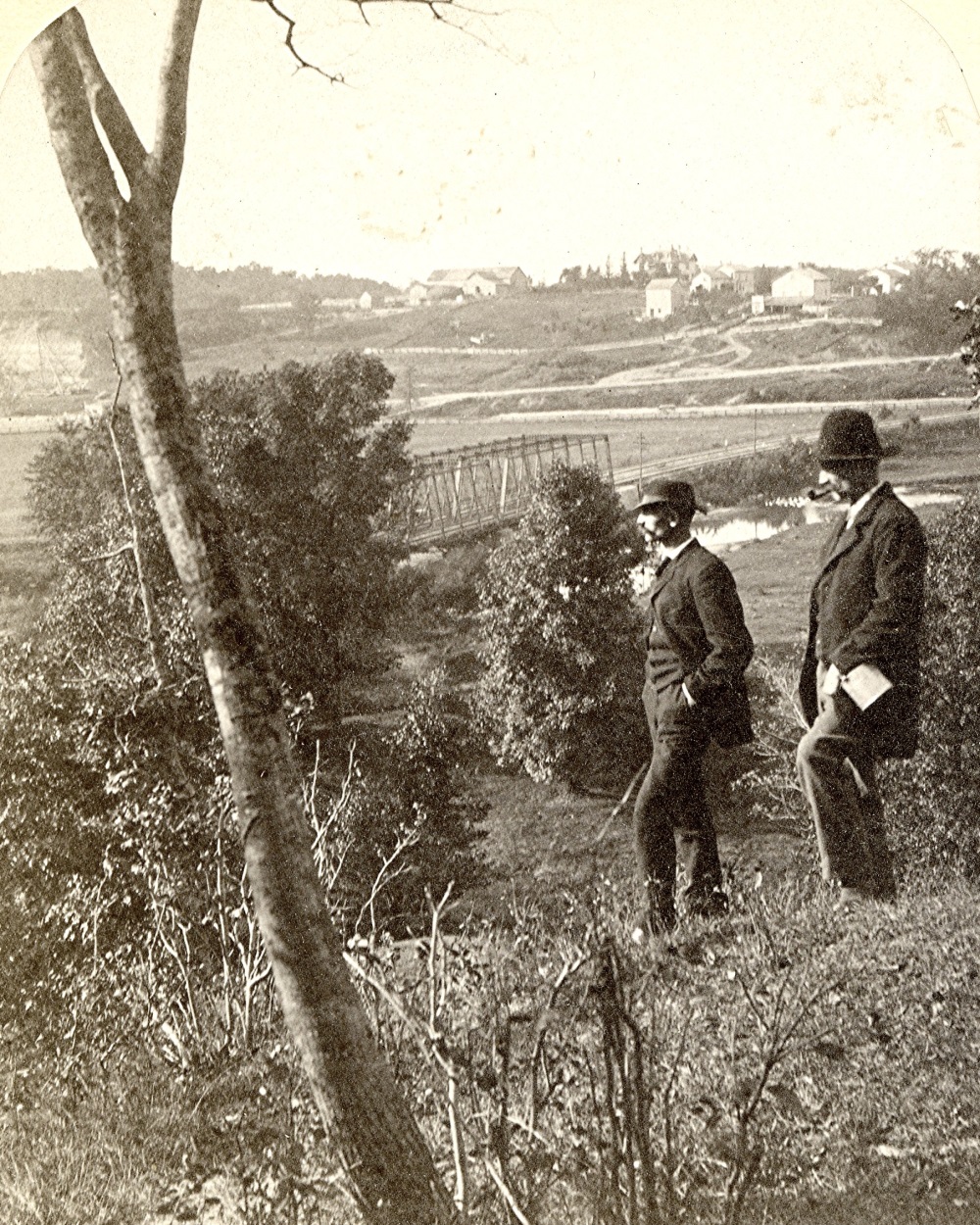 These hikers, shown in the last two week’s photos, have tramped further to the west in the Menomonee Valley. At this time (the early 1880s), there were few roads that crossed the valley. The major viaducts (across 35th St., 27th St., etc.) would not be built for decades. The iron bridge in the center is Hawley Rd., now at the western edge of the City of Milwaukee. Back then this area was still part of the Wauwatosa Township.

This setting appears more pastoral than it perhaps should. This part of the Menomonee Valley was the site of many stone quarries, none of which remain today. A viaduct would be built in 1893, approximately along the route of Wells St. to link this area with Milwaukee. This was not for vehicle traffic, however. The viaduct was for the Milwaukee & Wauwatosa Motor Railway which would transform this into a residential area.