By the early 1880s, railroads and the rail industry were well-established in the valley. Part 2 of a series. 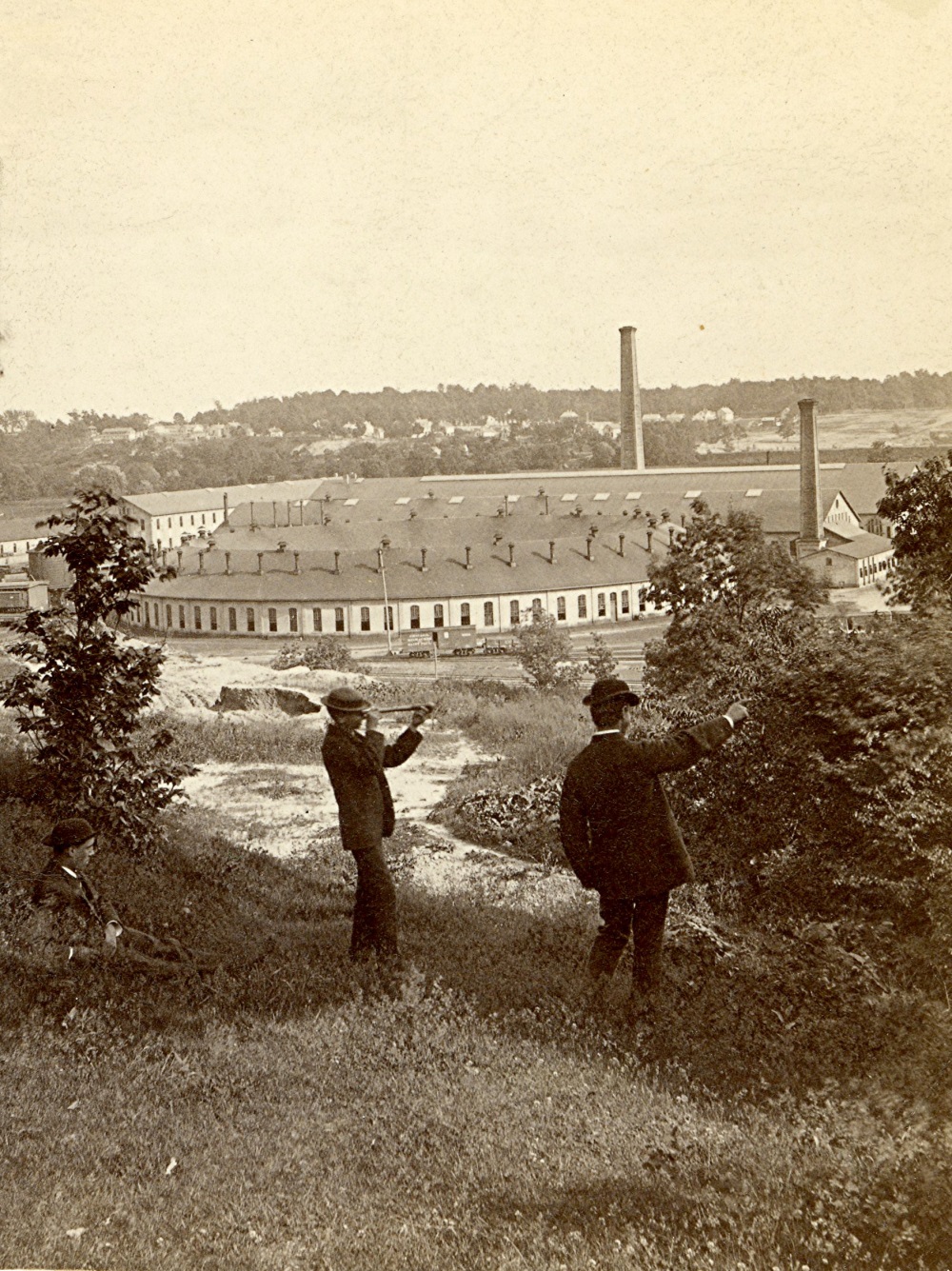 These two hikers have found a fine viewpoint overlooking the Menomonee Valley.

At this time (the early 1880s) the once-pristine valley was getting “improved’ by dredging canals in the marsh that would be deep enough for shipping. The dredged materials would become landfill.

Milwaukee, at that time, was becoming an important railroad hub. The building complex in the center of the photo was the maintenance shops of the Chicago, Milwaukee and St. Paul Railway, which was rapidly expanding at the time. By 1909 the railway would extend all the way to Seattle. In 1886 a new depot would be constructed in downtown Milwaukee. For many it is only a memory as it was demolished in 1965.

The location of this view is approximately at 39th St. and Mt. Vernon Ave., looking southeast.