We Hate This Boston Store Subsidy!

Common Council members all complain about the TIF for Boston Store, then pass it 11-3. 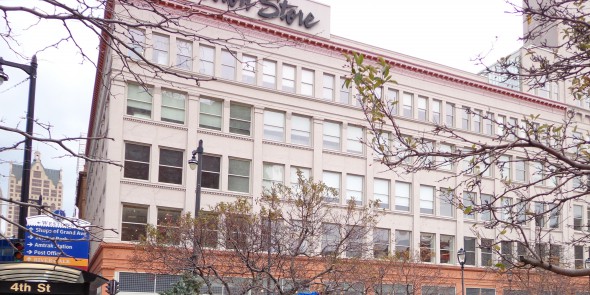 Had you listened to the debate over providing the downtown Boston Store $1.2 million in city assistance during yesterday’s meeting of the Common Council you would have assumed it was voted down. And you’d be wrong.

The deal in question will provide $300,000 a year in TIF (tax incremental financing) to Bon-Ton Stores Inc., to insure that it retains the 750 jobs at its downtown corporate offices and keeps the Boston Store open through January 2018.  The store is reportedly losing $600,000 a year.

During the council meeting Ald. Robert Bauman raised many complaints. He pointed out that there really wasn’t a representative from The Bon-Ton (a real estate person was there, but not management) at the Zoning, Neighborhoods & Development meeting to provide information. That the funding wouldn’t be spent on any physical improvements to the store. That the council was unable to conduct any “due diligence.” And that there were “no answers” provided to make a solid decision.  In fact, he charged, Mayor Tom Barrett‘s administration simply “defied us to vote against” the measure. And vote for it Bauman did, despite his concerns that people were “gonna line up at the free money window down at the first floor of city hall.”

Ald. Nik Kovac joined in on the carping, complaining that the way the city handles TIFs, “has the appearance, and frankly the reality of picking winners and losers.” Council members, he added, wouldn’t be considering this TIF  “if the corporate jobs weren’t upstairs” from Boston Store. He voted for it.

“Full scale retail along the lines of the suburbs” isn’t likely at the Grand Avenue, Ald. Jim Bohl stated. But, he added, “we can not throw down the surrender flag here.” He voted for it.

“To kick a dead horse,” said Ald. Ashanti Hamilton, “all of us understand that there is a possibility that this will fail.” Yet “for us not to invest in ourselves, at a critical moment, then it would shame on us.” Therefore he “felt comfortable moving forward,” and voted yes.

Ald. Willie Wade noted the need to consider the changing “demographics” in downtown Milwaukee as the younger population are the future potential customers of Boston Store, but also complained about the “parking situation” at the mall (It should be noted that the younger population, Millennials, are driving significantly less than previous generations). Then he voted for it.

Ald. Robert Donovan announced he would vote no, because he said “we are simply delaying the inevitable.” He added, in a another attack on the mayor, “this speaks volumes sadly to some glaring deficiencies… I heard the term vision… I heard the term plan, yes where is it?… I think this speaks more of politics than anything.” Then, in a rare show of consistency among council members on this issue, he voted against it.

Ald. Joe Davis, Sr. spoke about the Wisconsin Ave. corridor saying, “it’s been failing since, probably when I was in my thirties, and look at me now I’m folliclly challenged.” But Davis went on to bring up a recent dispute with Mayor Tom Barrett over the city spending $5,000 to sponsor a breakfast put on by the Retail Christian Network during the RECon Las Vegas: the Global Retail Real Estate Convention. Davis supported the use of funds for the breakfast but the Mayor vetoed it.  Davis added, “the mayor said we shouldn’t be sending money down to Tennessee,” where the Retail Christian Network is headquartered, but Bon Ton’s headquarters is located in Pennsylvania so the administration isn’t acting consistently. He, too,voted against it.

But most of the complainers voted yes. After Bauman’s remarks Common Council President Michael Murphy couldn’t resist adding, “and you did vote for that,” drawing a laugh from council members, but in a debate where all the voices raised concerns it was, you might say, laughable that the measure passed on a 11-3 vote. Alds. Davis, Donovan, and Joe Dudzik voted no.

It’s time for the MANDIs

And this year, you can join friends and neighbors for a informal edition of the MANDI’s.  From 5:30-7:30pm, at the Riverwest Public House, 815 E Locust St., our friends at the Neighborhood News Service will hosting a Live Streaming MANDI Party free to the public.

9 thoughts on “Eyes on Milwaukee: We Hate This Boston Store Subsidy!”