The South Side cafe and restaurant stood where La Perla is now located. 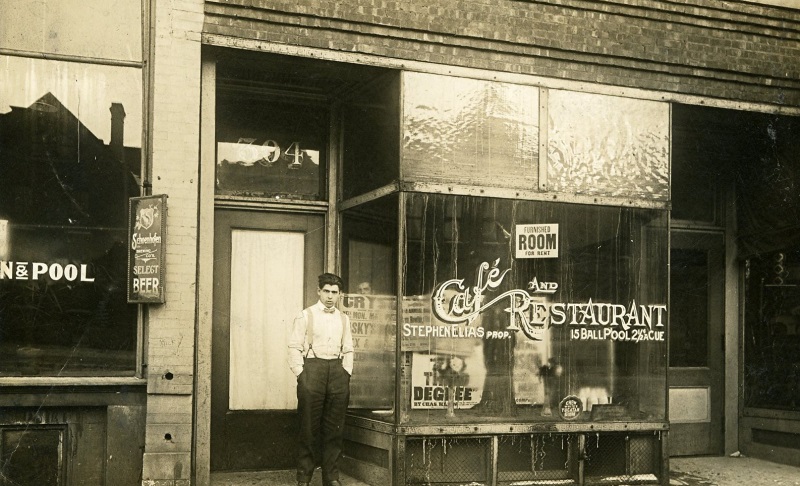 Pool anyone? This view is a photographic postcard easily dated at 1915 as the proprietor was in business for just a short period. This is the café and restaurant of Stephen Elias, whose establishment also offered a pool table. It was located on the east side of Grove St., just two doors north of National Ave. Grove St. is now S. 5th St. At the time this was a busy area with many shops and a department store or two – a miniature version of the more popular Mitchell St. retail district to the southwest.

At the left is a beer advertising sign offering Schoenhofen. This was unusual in Milwaukee as this beer was produced in Chicago. The brewery had a small sales office at the corner of Scott and Barclay, about six blocks away. The company would become better known for their Edelweiss brand of beer.

Elias did not stay in business very long, only appearing in the 1915 Milwaukee city directory as a “new” listing. This building still stands today and was incorporated as part of the restaurant and bar La Perla (which opened in 1995) after it expanded.