Decision on ownership of railroad right of ways could affect bike trails in Wisconsin and nationally.

By Dave Schlabowske, Bike Federation of Wisconsin - Mar 14th, 2014 12:18 pm
Get a daily rundown of the top stories on Urban Milwaukee

The jury is still out on what effect Monday’s Supreme Court ruling will have on existing and planned rail trails in Wisconsin, but without a doubt, whether you walk, bike, snowmobile or pogo stick on rail trails, we all got caught blind-sided by the 8-1 ruling that government easements used for rail beds expired when the railroads went out of business. 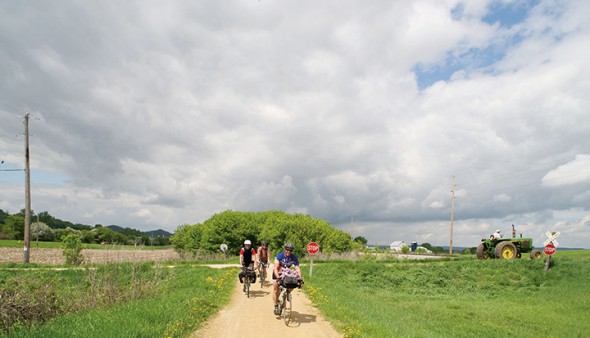 Will Wisconsin lose some of our greatest cycling assets?

In this case, Marvin Brandt Revocable Trust v. United States, the plaintiffs are descendants of the owner of a sawmill that produced railroad ties. In 1976 the family was granted dozens of acres of land in the Medicine Bow Routt National Forest in exchange for turning a larger acreage over to the government, but they fought attempts to use part of that land for a trail. “We traded for the land with a right of way on it for railroad uses,” Brandt said in December. “They want to bring a train through here, that’s fine. We never expected, and we never agreed to a bicycle trail.” 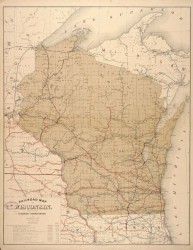 After losing in two lower courts, they emerged from the Supreme Court with a victory. Pure libertarians might argue Monday’s Supreme Court decision rights a wrong done to all private property owners by President Reagan and Congress when they signed the National Trails System Improvement Act in 1988, reversing the Railroad Right-of-Way Abandonment Act of 1922, which included a section that transferred ownership of an abandoned right of way to its underlying landowner if the government didn’t turn it into a highway.

The opposing view: The government and rail trail advocates argued the land belonged to the federal government to begin with. They assert the lands were developed with public funds and private landowners have no further claim to the land, nor should they get compensation because the government continues to exercise dominion over land that it owned all along.

Our government certainly has a long history of asserting rights that supercede those of private property owners, particularly in relationship to railroads. Government grants of land to railroads fueled our westward expansion, and this court’s discussion of the case touched on decades of those cases, including (but not limited to) the 1875 Railroad Right of Way Act , the 1942 Great Northern Railway case, up to the afore mentioned National Trails System Improvement Act of 1988.

Chief Justice John G. Roberts Jr. said the Railroad Right of Way Act of 1875 gave the rail lines a temporary easement across the land, but once the rail line was abandoned and the property was sold, the government no longer had a right of way. In my opinion, the more practical, if not libertarian principled view was expressed by Justice Sonia Sotomayor, the lone dissenter. “The court undermines the legality of thousands of miles of former rights of way that the public now enjoys as means of transportation and recreation,” she said. “Lawsuits challenging the conversion of former rails to recreational trails alone,” she added, “may well cost American taxpayers hundreds of millions of dollars.”

Theory and dogma aside, the case is settled, so what will the fallout be in Wisconsin? Will the state that launched the Rails to Trails movement with the Elroy-Sparta Trail in 1965 be forced to turn over some of our most valuable trails? When I contacted Brigit Brown, State Trails Coordinator for the Wisconsin Department of Natural Resources, she told me that the WDNR remains unsure whether this ruling will have an impact on any Wisconsin trails.

The Elroy-Sparta Trail, the grandaddy of all rail trails, will not be affected by the Supreme Court decision.

“We believe that Wisconsin does have some rail corridors that resulted from the 1875 grant at issue in the case. It’s then a matter of looking into all of the specifics of each one identified, individually. There are many, many factors and considerations that will need to be taken into account for each corridor, such as the specific language of the original real estate documents on each one (I’ve never seen two the same).”

After I talked to Brigit, I did a little research on the State of Wisconsin Office of Commissioner of Railroads website, and came up with these confusing conclusions:

Wisconsin has 970 total miles of land-grant railroad lines, of which somewhere around 660 miles are in service with perhaps 220 miles out of service and potentially subject to abandonment.  But there are also miles of right-of-way miles granted by the US to 13 Wisconsin railroads under a the 1875 General Railroad Right-of-way Act. At the end of 1875, there 2,566 miles of track in Wisconsin and almost 4,000 miles of track were constructed in Wisconsin after 1875.

How many of these miles were built on federal right-of-way and have trails on them or could have trails on them? The WDNR, WisDOT and OCR are looking into that can of worms.
In the meantime, Rails to Trails provided a helpful infographic and the following guidelines to help you answer questions about specific trails you may be worried about:

Existing rail-trails or trail projects ARE NOT affected by this decision if ANY of the following conditions are met:

Stay tuned here for updates as we get them from Brigit, Rails to Trails or the OCR.