The city has wanted to demolish the dangerous structure at 6th and Wells since 2011. It's finally coming down.

In May 2013, the Business Journal’s  Sean Ryan reported that, according to assistant city attorney Nick DeSianto, “The parking structure [at the corner of W. Wells and N. 6th streets] poses a risk to pedestrians from falling concrete or, potentially, collapse, according to city attorneys.” Because of these concerns the city ordered the building’s demolition back in November 2011.  After much legal wrangling between the city and the garage’s owner, TTOW Properties LLC, a settlement was reached with the owner putting up a $800,000 bond for the demolition of the building.  Demolition has been slow due to the building’s proximity to the neighboring properties.

The future use of the site is still up in the air.  Will it be redeveloped or simply become a surface parking lot? That’s unclear.  As noted in a September 2013 story by WISN, “The owner also hasn’t decided what will replace the parking garage, but it has no plans to sell the land.” 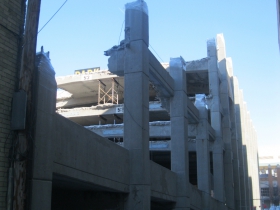 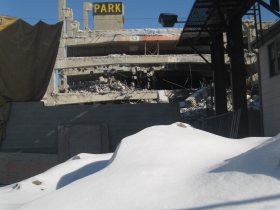 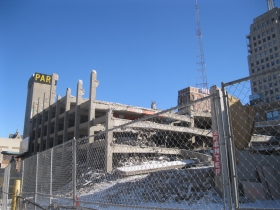 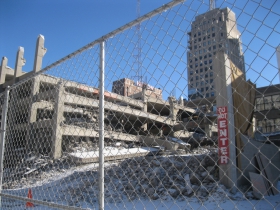 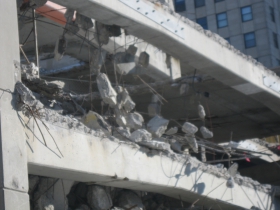 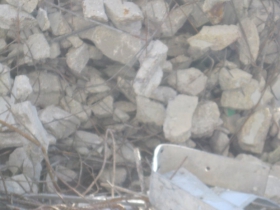