Longtime council president's home is small but has a wood-burning fireplace and basement rec room finished in knotty pine. 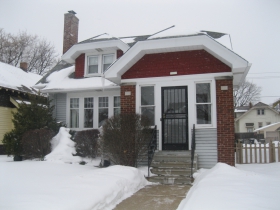 In 1913 contractor J. J. Goetzenberger took out a permit to build a home at what was then styled as 845-46th St. The home was never built, and World War I intervened. But by March 11th, 1919 a new permit for a $4,500 single-family bungalow was issued to Frank Hunholz. The price included a floor drain for the home’s ice box. By the time the first load of ice had melted away, Hunholz took out another permit for a $500, 24 ft. by 20 ft. detached garage for his new home, and the automobile-driven postwar expansion was underway in the Uptown neighborhood on Milwaukee’s West Side, quite near Sherman Park.

This was one of the many thousands of Milwaukee Bungalows built in this city and the suburbs during the first quarter or so of the 20th century. The homes were noted for a compact, though livable floor pattern, a half-story attic that could be fitted to bedrooms and attractive details that usually included hardwood floors and trim, rounded doorways, bay windows and even built-in ironing boards. These were often the homes of second-generation Milwaukeeans, built in the expanding neighborhoods on the city’s periphery. The 46 ft. by 123 ft. lot was considerably larger than the crowded lots of the immigrant city areas, and had ample front, side and back yards. The blocks were laid out with streets as well as alleys. Homes were set back from the street, and had about 10 feet of space between them — plenty of space for a sidewalk, a row of peonies, and good for the air circulation inside.

In 1928, just as the Great Depression was about to end the career of the Milwaukee bungalow and most other construction here, the home was sold for $10,500. For years it was owned by Joseph M. Noll, who replaced the old oil burner in the home in March 1973. Noll installed a brand new Texaco Fire Chief Oil burner that drew from the same underground 550 gallon tank in the yard that the original had used.

In 1978, Noll’s estate sold the home to Stanley Perushek, Jr. who improved the heating plant by throwing out the Fire Chief in 1984 and converting to a gas furnace, adding central air conditioning at the same time. Ah, the versatility of forced-air HVAC systems! It looks like Perushek’s contractor did the job on the cheap, since the abandoned underground tank remained in the ground. In 1995, Perushek paid $1,275 to excavate and remove that biohazard.

Since 1997 this has been the home of Willie L. Hines, Jr. and his wife, Janel M. Hines. The couple paid $68,500 for the home, which they share with their two children. The home has four bedrooms, two full baths and a wood burning fireplace in its 1,928 square feet of living space. There is a rec room in the basement, paneled in knotty pine.

Hines served as the 15th District Alderman since 1996 and for the last 10 of those years, concurrently as President of the Milwaukee Common Council.

But Hines, 49, resigned that position quite unexpectedly on January 31st, announcing that the mayor had appointed him as Associate Director of the City of Milwaukee Housing Authority. There he is to replace Steve Falek, who retired in late 2010. This is a $120,000 per year job that represents a 50 percent raise for Hines, and involves responsibility for housing, the Section 8 Rent Assistance program that serves 11,000 families in Milwaukee, maintenance and special projects.

Hines has long held an interest in housing. His district was among the hardest-hit by the Great Recession. He need only look outside his front window to see a foreclosed home.

Janel M. Hines is the  Director of Grant Programs for the Greater Milwaukee Foundation. She is a non-practicing attorney, with a degree from UW Law, 1993.

Hines says he will remain in the city, so it looks like this cozy bungalow might be home sweet home for some time to come.

Fun Fact: The Common Council seat is not the only one Willie Hines will have to vacate. Hines is on the  Wisconsin Center District board by virtue of his office. The next president, to be selected at the Common Council meeting of February 11th,  will take that position.

How Milwaukee is it? The residence is 6 miles from City Hall by freeway, and a little over 4 by bus, bike, or city grid streets.

First elected an Alderman in 1996, Hines was chosen by his fellow council members as president in April 2004, making him the 48th Common Council president in the city’s history.

Hines is the son of a minister and a lifelong resident of the area he represents. He attended Rufus King High School and graduated from Marquette University in 1988 with a Bachelor of Arts degree. He played basketball (as a point guard) for the team in both high school and college, but always sought to deemphasize that part of his biography, accruing to his former aide Alex Runner, who recently wrote a tribute to his old boss for the Milwaukee Journal Sentinel.

Prior to his election, Hines worked as an economic development specialist at the Milwaukee Urban League. Before that he served as business liaison representative for former Democratic Congressman James Moody. Hines also worked in the private sector for both Pepsi Cola and Ford Motor Credit.

Hines was selected by the Business Journal in 1999 as one of Milwaukee’s “40 under 40” (young individuals who are leaders in business, education, government and entertainment). The Public Policy Forum has honored Alderman Hines with its Charles McNeer Civic Leadership Award. He also has received the Boys & Girls Club of Greater Milwaukee’s Irvin Fair Award, recognition as Boys & Girls Club’s “Alum of the Year.”

In his official city biography, Hines touted his efforts “to increase police presence, both vehicular and foot patrol, while simultaneously working with residents and police professionals to reduce crime.” He also touted his work  to locate a new $40 million 3rd District Police Station to his district, and claimed credit for helping secure investments of more than $30 million to improve the city’s existing housing stock and helping bringing developments worth more than $300 million to the city.

Hines was often touted as a potential mayoral candidate, and it was widely assumed he would run for that office if Mayor Tom Barrett had been elected to higher office. But Hines never saw an opening and continued as a well-liked council president with a careful and quietly competent style.

He and his wife have a daughter and a son. 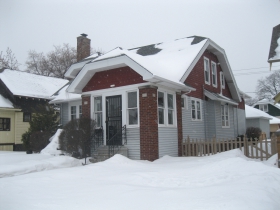 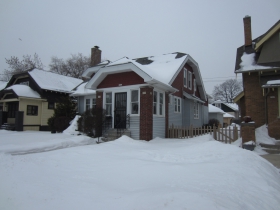 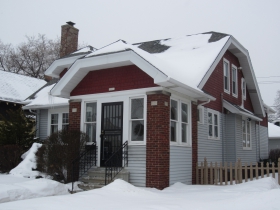 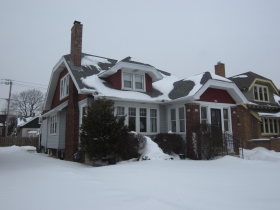 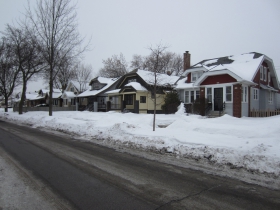