Myths About the Minimum Wage 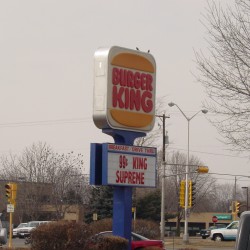 I’ll get to the studies. But let me begin by noting that Schug and Gaster imply there is a consensus among economists on the minimum wage that, in fact, does not exist. For example, every two weeks the University of Chicago’s Booth business school polls a panel of economists at major research universities on various issues. On February 26 of last year, the panel was asked to respond to two statements on the minimum wage.

When asked to agree or disagree to the statement, “Raising the federal minimum wage to $9 per hour would make it noticeably harder for low-skilled workers to find employment,” the panel was evenly split. Of those responding with an opinion, 38 percent agreed, 36 percent disagreed, and 27 percent were uncertain. Notably, no one “strongly” agreed or disagreed, reflecting the ambiguity of research on this topic.

The responses to a second question, whether raising the minimum wage was good policy, were much more one-sided in favor of raising it. In response to the somewhat cumbersome statement, “The distortionary costs of raising the federal minimum wage to $9 per hour and indexing it to inflation are sufficiently small compared with the benefits to low-skilled workers who can find employment that this would be a desirable policy,” 52 percent either agreed or strongly agreed, 12 percent disagreed or strongly disagreed, and 36 percent were uncertain.

The classical micro-economic model predicts that prices, including those for labor, when left alone will find an equilibrium level where supply equals demand. In this model, an artificial floor above the equilibrium price — such as a government-imposed minimum wage — will increase the amount supplied but decrease the amount demanded, creating a surplus. In the case of the labor market, this surplus translates as unemployment.

For years the consensus view was that this model accurately predicted the employment effect of an increase in the minimum wage. Trouble came when economists studied the actual results when the minimum was raised. Contrary to Schug and Gaster’s assertions, there was no consistent result one way or the other. Sometimes there was increased employment; sometimes a decrease, but the effect was consistently small. In fact when the results of all the empirical studies are plotted they form a peak right around zero.

For instance, studies of the fast food industry all agree that raising the minimum wage increases the income of low-income workers. Increased income is likely to result in increased demand for fast food, shifting the demand curve for labor to the right, resulting in a new equilibrium point.

Another factor that could be at work: Minimum wage employers often find it hard to fill vacancies, that may result in, say, long lines at lunchtime and lost business. Although they could solve this problem by offering a higher wage to a potential employee, doing so without also raising pay for current employees could mean that experienced employees would make less than new hires. But raising everyone’s pay to fill a vacancy could be too expensive. In economic terms a higher minimum wage could actually reduce the marginal cost of filling the vacancy.

From a theoretical viewpoint, raising the federal minimum wage raises fewer concerns than local efforts, such as an increase that applies only to the city of Milwaukee or Milwaukee county. Local efforts raise fears of shifting a competitive advantage to suburban businesses, further exacerbating Milwaukee’s unemployment rate. Yet several of the studies that found no employment effect were based on adjacent counties with different minimum wages. Still, raising the minimum wage locally may feed into a narrative that disparages Milwaukee and its business climate.

Schug and Gaster make no attempt to accurately describe the diversity of opinion among economists on the minimum wage effect on employment. Rather, under the guise of lamenting the public’s economic illiteracy, they are advancing a political agenda. Based on their article one has to wonder whether the two organizations they recommend also promote an ideological agenda under the guise of furthering economic literacy.

From its website, one of these, the Stavros Center at Florida State University clearly has a conservative agenda. The other, Economics Wisconsin, is harder to categorize, since it offers no examples of curriculum materials. Other than Schug, its board is largely made up of business leaders rather than actual economists. If the board did include some economists, they might act as a buffer against attempts to politicize any information or curriculum offered by the group.

35 thoughts on “Myths About the Minimum Wage”