Why I’m Boycotting the Farmers Market

Though the state signed an MOU promising to snow plow the bike trail leading to the Winter Farmers Market, they aren't doing it.

By Dave Schlabowske, Bike Federation of Wisconsin - Jan 10th, 2014 11:57 am
Get a daily rundown of the top stories on Urban Milwaukee

I may not have a green thumb, but even I know most farmers markets have been closed since the end of the fall harvest. Still, there is the  Milwaukee County Winter Farmers Market, which I biked to religiously every Saturday morning last year. This farmers market had a surprising amount of fresh produce all winter last year when it was at the Tommy Thompson Center at State Fair Park. It was a real treat to shop for fresh, local greens, apples, potatoes, onions, herbs and proteins every week, well past the time when I am typically scraping the bottom of my personal root cellar. 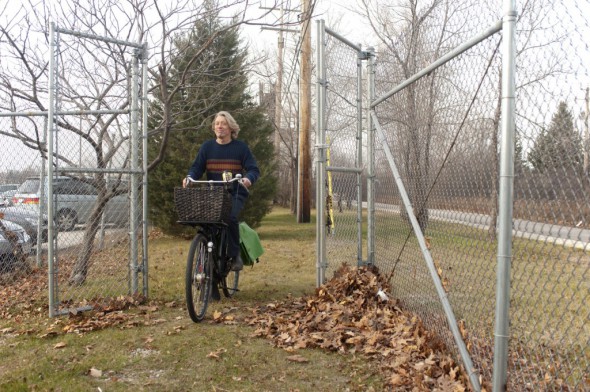 The first week of December last year: Me and Oma riding through the gate from the Hank Aaron State Trail to the winter farmers market at the Tommy Thompson Center at State Fair Park.

We had a pretty mild early winter last year, and I was able to take the Hank Aaron State Trail to the market much of the winter. I particularly enjoyed that they opened the normally locked gate from the trail to the market. When the snow got too deep on the trail (the state does not maintain the Hank Aaron in the winter), I grudgingly switched to a less pleasant road route, but kept going even though on every trip it bugged me that the trail was not being maintained.

This year, they moved the winter market to the Domes at Mitchell Park. My friends and family all know I love Milwaukee’s famous Domes, so you’d think I would be even more inclined to go this winter. But here’s the problem: This summer the state built a bunch of sweet new trails and bridges in the Three Bridges State Park to connect the Hank Aaron State Trail with Mitchell Park. And yes, I love the new trails and they make an ideal route to get to the market … but they are not plowed! 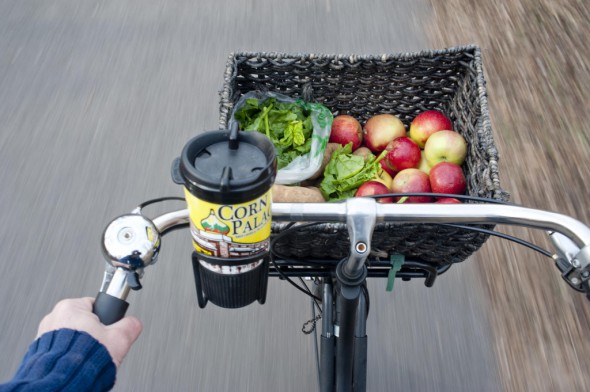 If we had another mild early winter like last year, I’d still be shopping at the winter farmers market and enjoying the route, fresh local produce and new location at the Domes even more.

The City of Milwaukee does a really good job clearing the bridges on the Hank Aaron State Trail, because they agreed to take ownership of them in order to get the trail constructed, but that leaves the rest of the trail, which is supposed to be maintained by the state , covered with snow, despite a signed memorandum of understanding that they would agree to clear maintain the trail. 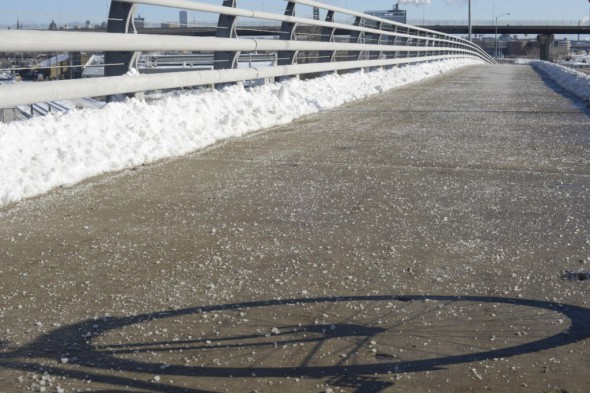 This view of the Hank Aaron State Trail looks east from 32nd Street and is part of a bridge maintained by the City of Milwaukee Dept. of Public Works bridge maintenance crews. As you can see, they do a killer job keeping the trail clear.

I’m not blaming the Wisconsin Dept. of Natural Resources’ regional trail manager. She was not given any equipment, staff or budget to clear the trail of snow or ice. I also understand that the senior staff at the WDNR have been forced to make due with ever-shrinking budgets for years, so I don’t blame them either. Hey, I give them props for building the awesome trail and park in the first place.

Based on the last couple state elections, it appears the majority of my fellow voters in Wisconsin chose to elect leaders to Madison with a mandate to spend pretty much all of our transportation dollars on bigger, wider highways, despite years of declining traffic counts. It seems those leaders feel their constituents don’t want even a relatively small amount of money spent on winter maintenance for trails with increasing user counts. 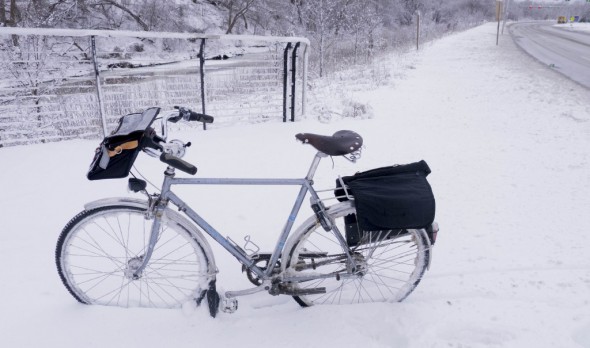 The snow is so deep on the unplowed sections of the Hank Aaron State Trail that my heavy commuter bike can stand up without the kickstand down.

In fact, last winter, the trail counter at the Menomonee Valley Passage recorded 6,659 users from December  4, 2012 though February 7, 2013, even though the trail was not being plowed. As I mentioned above, we had a mild early winter, but who knows how many people would have continued to use the trail if it was consistently cleared of snow?

Regular readers will remember I recently built a rear rack for my Schlick Northpaw Fatbike. With the aggressive tread pattern on the Surly Nate tires I am currently rolling, I know I could get to the market via the trail if I really wanted to. Alternatively I could take City of Milwaukee surface streets to the Domes, quite a few of which have bike lanes. The problem is every time I did it, it would really bug me that we built an even better route on great new trails through a fabulous new park connected by wonderful new bridges, and we don’t plow them. 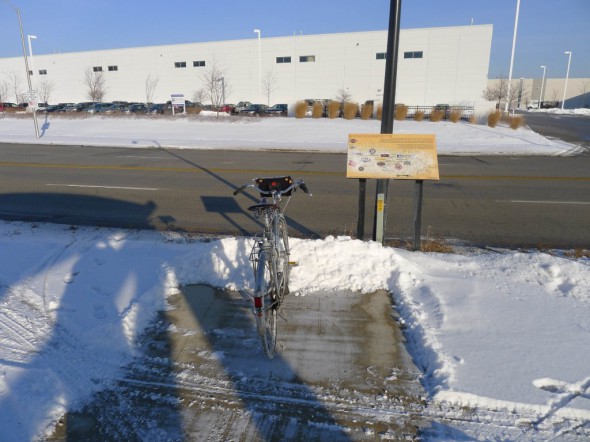 Meanwhile, just a few feet away, the City of Milwaukee DPW keep the trail at the end of the bridge by the Menomonee Valley Passage clear of snow, but stops plowing where the state section of trail begins. You can hardly blame the city for not plowing the State’s trail when their state shared revenue keeps getting cut every year.

Meanwhile, just a few feet away, the City of Milwaukee DPW keep the trail at the end of the bridge by the Menomonee Valley Passage clear of snow, but stops plowing where the state section of trail begins. You can hardly blame Milwaukee for not plowing the rest of the state’s trail when their state shared revenue funds keep getting cut every year.

Yes, that is the definition of sour grapes. I am depriving myself of access to great locally grown food because I can’t just let it go. If there are any zen masters or psychologists out there reading this, I’d be happy to get your advice about how to try to forget about the disappointing allocation of my tax dollars and enjoy the routes that are available to me. On the other hand, maybe part of the reason I have chosen a career as a bicycle advocate is that stuff like that does bother me so much.

I guess for now, I’ll channel that disappointment and keep looking for some way to get the Hank Aaron trail plowed.

28 thoughts on “Bike Czar: Why I’m Boycotting the Farmers Market”