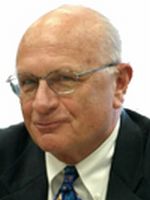 For more than two decades, the Milwaukee County Board has been violating the state constitution, by insisting on the right to approve various appointees of the Milwaukee County Executive. As it turns out this was yet another idea devised by F. Thomas Ament, the man who later created the lavish pension plan that may ultimately cost taxpayers $300 million. The story behind this extra-constitutional power grab helps illuminate how politics has worked at the courthouse for decades.

Milwaukee County citizens had voted to create the position of county executive in 1960, which established the idea that the board was simply a policy-making body, and not an executive one, as it had been for most of its history. From then on the county executive was supposed to wield that power.

To further establish that division of power, in 1977 the state legislature gave the county executive the power to create an appointed cabinet of officers. With the executive doing far more to manage county departments, there was much less for supervisors to do.

But under the leadership of Ament, who served from 1976 to 1992 as county board chair, supervisors nonetheless moved to increase their staff and salary. In 1978, board members voted to give each of them a new part-time assistant. And they began hiking up the salary for supervisors, which rose from $17,104 in 1980 to $27, 471 in 1984. The position was now viewed by most as a full time one and the pay continued to rise. And soon those part-time assistants became full-time, with one full-timer for every board member.

In January 1990, less than two years after Schulz was elected, Ament proposed a resolution that greatly increased the number of executive appointments that required approval by the board. Up to then the board had the power of approving just seven positions under the state law: medical examiner, corporation counsel and the directors of transportation, administration, human services, parks, recreation and culture and the director of personnel of county civil service commission.

Ament’s proposal added another 16 positions that required county board approval, including section chiefs, deputy directors and other staff. This gave the board (which approved it by a 25-0 vote!) far more power over executive hiring and has been the standard practice in Milwaukee County for 23 years. Then, as part of its 2014 budget bill, the board added the position of economic development director as yet another appointee requiring its approval.

Ironically, it was former County Corporation Counsel Kimberly Walker, who was dumped from her position (on the thinnest of justifications), who asked Wisconsin Attorney General J.B. Van Hollen to rule on how much power the board had over executive appointments. His ruling, issued on December 12, declared that the board had only the original power granted it by the state legislature, to approve those seven positions.

The reality is that county governments have only the powers expressly granted it by the state legislature (unlike a city, which has power over anything in its jurisdiction other than where it is limited by state government). At some point the county board needs to learn this lesson, which will again arise as the new limitations on its power created by Act 14 go into effect.

Meanwhile, County Executive Chris Abele has once again shown us the way to win ugly. Rather than graciously accepting the clear victory for him on this issue, he used it to buttress his contention that board members might deserve to be recalled. It’s Dale Carnegie in reverse: how to lose friends and alienate people.

The Mystery of Joe Volk’s Departure

As I’ve recently reported, Community Advocates has undergone tremendous growth under its executive director Joe Volk, growing from a budget of $5.2 million in 2007 to $16 million in 2012. But readers rightly suggested I had missed some significant growing pains for the agency: a September audit by the U.S. Department of Housing and Urban Development found Community Advocates had improperly administered $1.7 million in grants; an earlier county audit found problems with how the agency ran the Northside Crisis Resource Center and terminated the contract; and the Justice 2000 project, which had merged with Community Advocates, decided to separate itself once again, taking millions in funding with it.

Now we’ve learned that Volk has resigned from his position effective January 10 and will take a job with the Waukesha-based Stillwaters cancer support center. Several sources tell me there have been a lot of internal problems and staff layoffs at Community Advocates, and speculate that Volk might have been asked to resign.

But in her message to CA staff, board chair Pam Klein wrote that the board accepted Volk’s resignation “with a heavy heart….His departure will certainly be a real loss to Community Advocates… He and the CA team have done an exceptional job growing the agency….Thanks to Joe… and all the dedicated staff, CA is well-positioned to meet the changing nonprofit environment.”

Volk, 58, will be going to an agency with a budget of just $347,000 in 2012, as Stillwaters’ federal tax form for that year shows. Community Advocates’ budget was 46 times bigger that year. Volk told the Milwaukee Journal Sentinel he had lost a daughter to cancer and was excited by the opportunity to work on this issue. But his salary, he noted, will be “significantly less.”

Update 12:30 p.m. December 17: Joe Volk called to say that “it’s absolutely not true” that the board of Community Advocates asked him to resign.