Look, a sandwich shop disguised as a construction site!

The redevelopment of the former Prospect Mall into a mixed-use apartment building recently reached a milestone as the first tenant, Potbelly Sandwich Shop, opened in the building.  At the corner of N. Prospect Ave. and E. Ivanhoe Pl. a sign reads, “Look! A sandwich shop disguised as a construction site.”

The building, designed by Miller Architectural Group and being developed by Joseph Property Development, will have 10,000 square feet of first-floor retail, some of which is now occupied by Potbelly’s, plus 52 apartments, 52 underground parking stalls, and four additional stories on top of the former mall. The first phase of this conversion involved the complete remodeling of the former mall.

The photos show the renovated building with a rebuilt facade, four new nearly complete floors on top of the former mall, and the now open Potbelly Sandwich Shop.

For more on the building’s history see the Prospect Mall Apartments building page. 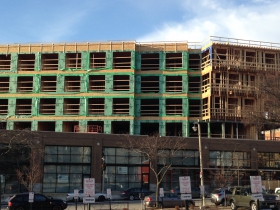 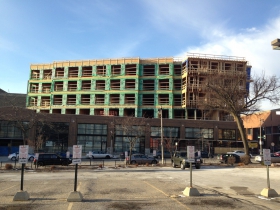 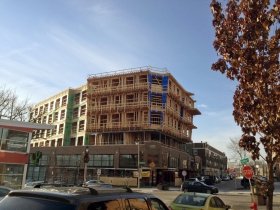 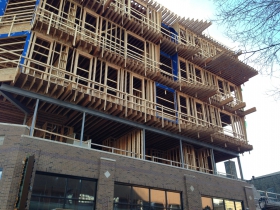 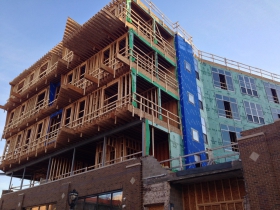 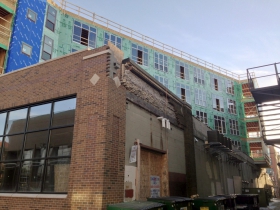