Racing to Pass the GED

Many Milwaukee students midway on exams must pass by December 12 or start over on tougher, more expensive new test.

By Edgar Mendez, Milwaukee Neighborhood News Service - Dec 5th, 2013 11:28 am
Get a daily rundown of the top stories on Urban Milwaukee 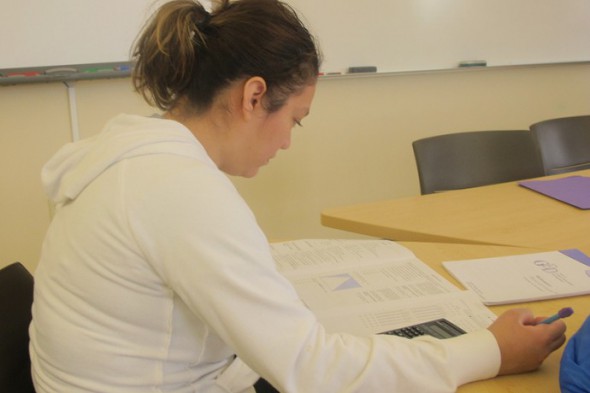 Admitting that she’s nervous, Blanca Rodriguez sits down to prepare for the final leg in her race to earn her GED (General Educational Development) certificate before changes go into effect and wipe out the progress she’s made. She already passed four of five tests needed for certification. Her final hurdle is the math test.

Rodriguez, who’s attended GED prep classes at Journey House, 2110 W. Scott St., since January, said she’s worried because math is her worst subject and she might not pass in time. She wants to earn the certificate for her three young children.

Rodriguez first came to the center at the encouragement of her mother, who took GED classes at Journey House when it was still located at the site of a transformed church on the 1900 block of West Washington Street in Clarke Square. Her mother never finished, but Rodriguez plans to.

Adult education centers across the city are making a final push to help students such as Rodriguez to obtain their GEDs now, rather than start over next year. As of June 2013, more than 2,800 students had passed some, but not all, of the GED tests required for certification. MATC, the organization responsible for keeping track of the data for all the sites, could not provide the number of students still in that situation. A spokesperson said 1,648 students earned GEDs at MATC this year. 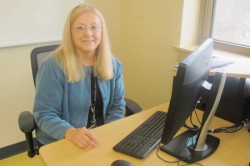 “Students are nervous, frightened and on edge about finishing,” said Patricia Adams, workforce training and education director at the YWCA, 1915 N. Dr. Martin Luther King Jr. Drive. Adams said that since July, 122 students have completed their GEDs at the center. Calls are still coming in from students interested in enrolling in the program, but it’s too late, according to Adams.

“There simply will not be enough time for many of them to successfully finish during the window of time remaining,” Adams said. She added that instructors have to focus on current students before the window closes.

Journey House is still taking new students, but, unless they’ve already passed some of the tests, they are preparing for the new test in 2014, according to Glorianne Mather, adult education director. But most are there to finish.

Chanta Lee, who’s taking her final test before the deadline, thought she had her GED after paying $400 to take the test online. But, when she signed up for phlebotomy courses at MATC, she found out her certificate was not valid. A recent NNS report revealed that “predatory” schools are offering GED hopefuls quick-fix diplomas that are not accepted at most post-secondary schools.

Lee had to start over. She has been taking a test each month, and studying from 9 to 11 a.m. at Journey House daily for six months. She said she ran a successful day care business for seven years, but she’s looking for a career change, and also has something to prove.

“I want my kids to know that they need an education,” said Lee, adding that she didn’t want them to think that because she found success without it, they could too.

Lee will be taking her final exam at the UMOS testing site, 2701 S. Chase Ave. According to Tony Tsai, education manager at UMOS, 161 students have obtained their GEDs there since June, compared to 83 during the same time period the previous year. Tsai said the number of participants is overwhelming, and supplies are running low. But, he said employees are working hard to fill testing slots with people who are near completion, and scrambling to get supplies for them.

“We want to give those students priority and will work to guarantee a seat for them,” said Tsai. UMOS is running seven testing sessions a week for 20 participants at a time, he added.

UMOS and the YWCA both received grants from United Way to help with the final push. The grants enabled both centers to increase staff hours and provide more tests over the past few months.

At Journey House, Mather has been trying to contact students who are only a test or two away, and urge them to come to class and schedule their tests.

The closer the deadline gets, the more nervous she gets, she said. However, for those who choose not to finish by Dec. 12, “I’ll be there tomorrow and they can wait until 2014,” Mather said.

Rodriguez has no need to come back, according to Mather. “She passed her test!”