A brew pub, a southern style saloon, a wine bar. The list of new places planned is long.

Milwaukee has always been a great tavern town, and there is a lot of action planned on that front.

Here is a tour of recent tavern license applications filed with the city for new establishments. Not all of the licenses will be granted — some may be denied, some may be withdrawn, so not all applicants will eventually realize their dreams, but it is informative to see the variety of taverns and tavern operators in urban Milwaukee and their motivations. 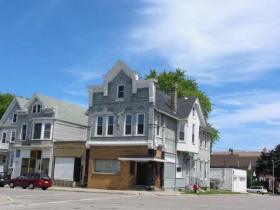 Cynthia Joan Straub LeVan has applied for a Class “B” Tavern License for Cynthia’s, 221 N. Water St. Her restaurant, located on the Milwaukee River in the former Soup’s On space, opened in February, 2013 and features vegan-friendly International and Mexican home cooking. LeVan rents the space for $2,100 per month from shoe polish magnate Lorraine Hoffmann, whose Harri Hoffman Company, founded by her father in 1951 at 125 N. Water St. is the only remaining factory in the Historic Third Ward. … Bay View will get new life in a long-vacant building when Lazy Susan opens at 2376 S. Howell Ave. Amanda Dixon of St. Francis, an MATC culinary graduate who has worked at such places as Pastiche and Cafe Centro, hopes to open in the space in early 2014 after remodeling. She promises “casual fine dining” at the new stand, for which she is paying $1,500 a month rent. Dixon has a 3-year lease with a 5-year renewal option on the property which she is renting from Jerome Endries. The building is assessed at $144,900 and formerly housed a tavern and an auto parts store.

Aimee Lopez Reinke hopes to open Southern Style Saloon, to be located at 3675 S. 13th St., the site of the former Jugheads Bar, which closed in October. Reinke will rent the place from David Jakubowski for $1,900 per month. According to her application, the place is to be a “country themed saloon that provides a friendly, comfortable environment where you can enjoy a drink and eat a burger / snack before continuing your day.” Your day at Southern Style Saloon will begin no earlier than noon, its opening time, seven days a week. … 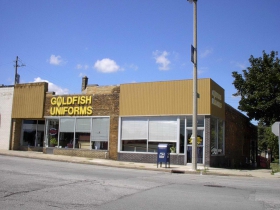 The former Goldfish Uniform building was looking pretty ratty as long as a decade ago, but Dan Sidner hopes to duplicate the success there he has enjoyed in the Story Hill neighborhood with his Maxie’s and Blue’s Egg. First up will be a renovation of the building at 5100 W. Bluemound Rd., which he bought in September for $168,000, a bit shy of its assessed valuation of $193,000. Then, perhaps by April, 2014, he hopes to open the 3,548 square foot building as Story Hill BKC. He will rent the space from himself for $4,000 per month.

The initials stand for “Bottle,” “Kitchen” and “Cup.” According to Sidner’s plan of operation, the joint would open each morning at 7 am for those who want a coffee — from Valentine’s Coffee Roasters. Around 9 each morning the “Bottle” portion will open up, selling wine, beer and elegant spirits until 9 p.m.

At 4 p.m. the “Kitchen” will open, running until 10 p.m. It will offer 30 wines by the glass and 20 beers, making it the “largest wine-by-the-glass selection in all of Wisconsin,” according to the application.

Just steps away at 5108 W. Bluemound Rd., the former Banger on Bluemound, which closed in September after a year in business, is set to become Thirsty Rhino Pub and Eatery if Croatian native Boro Buzdum and his partner, Valdemar Escobar, born in Mexico, have their way. And it’s about time, since Croatian-Mexican fusion cuisine will surely soon sweep the country. The building has a capacity of 100, and there are over 30 parking spaces that come with the property. The partners plan to offer a dozen amusement machines, and will serve “simple food menu with a full bar. A lot of TVs to attract sports customers.” Escobar owns the building, and will charge $4,000 a month rent. …

Add Matthew G. McCulloch to the list of those who want to get into the brew pub business. He applied in June 2013 to open D14 Brewery Pub at 2273 S. Howell Ave. by September, 2013, although no license has yet been issued. The name is a shorthand for “District 14,” which should be quite flattering to his alderman, Tony Zielinski of the 14th district. McCulloch is figuring he can sell 100 pints a day at $3.50 each, and produce another 200 to self-distribute around town. McCulloch paid $60,000 for the fixtures and will pay $2,500 per month rent. … 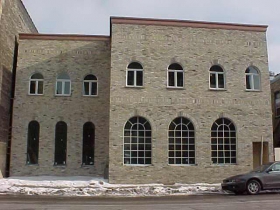 Jonathan Manyo plans to open a full-service restaurant called Morel at 430 S. 2nd St. in a shuttered building that once housed the ill-fated Fuego nightclub. Manyo, through an entity called Chicken of the Woods LLC, bought the 4,500 square-foot tavern in August, 2013, for $660,000, a considerable premium over its $488,000 assessed valuation. Manyo hopes to open the full-service restaurant by February, 2014. He has a five-year lease at $3,000 per month. …

Ruben Herrara plans to add another restaurant to his existing Jalisco’s, 2207 E. North Ave., with the addition of Jalisco’s Mexican Seafood Restaurant, which he hopes to operate from 7 a.m. to 2 a.m. seven days a week at 1234 S. Cesar E. Chavez Dr., a place formerly known as Don Camarron. He rents the 2,850 square-foot place from Torrijos LLC, paying $2,700 per month. … 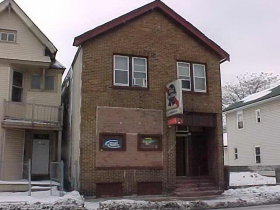 Deine De La Rosa, a native of the Dominican Republic, will have armed and pat-down security at Pasion Bar, 625 S. 6th Street, where the entertainment will include karaoke and customer dancing. The building is owned by Ralph Fleege, who will collect $1,000 month for the space. De La Rosa also owns Quisquella Bar at 2078 S. 8th St.

Rakesh Rahan, who owns the Fine Vineyard liquor store and the nearby Cafe India at 601 S. 6th St., wants to add another Cafe India location, this one at 2201 S. Kinnickinnic Ave. He plans to operate an “Indian dine-in restaurant with full bar and outdoor patio” at the Bayview location. He will pay $750 a month rent for the 1,680 square foot space from building owner William Doyle.