The Settlement Houses of Milwaukee

Eight neighborhood centers in the city are based on the approach of Jane Addams' famed Hull House.

By Shakara Robinson, Milwaukee Neighborhood News Service - Nov 13th, 2013 11:52 am
Get a daily rundown of the top stories on Urban Milwaukee 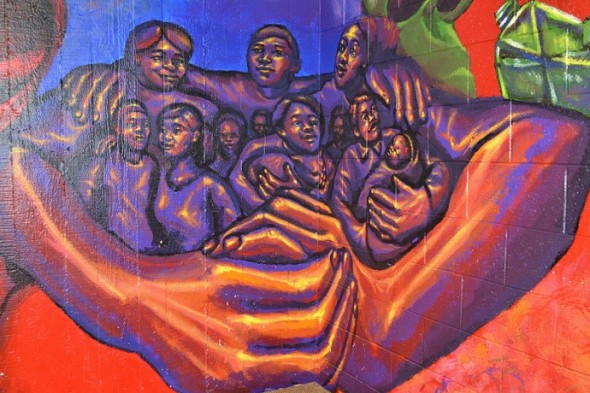 A mural at Neighborhood House of Milwaukee captures the spirit of the settlement house. (Photo by Sue Vliet)

In 1889, Jane Addams co-founded Chicago’s Hull House, a “settlement house,” where a wide range of services were offered in one place for immigrants and the poor. Less than 20 years later, Hull House services included a music school, boys’ club, cooperative residence for working women, nursery, post office and kitchen.

The settlement house model is alive and well in Milwaukee, explained Tony Shields, executive director of United Neighborhood Centers of Milwaukee. The eight neighborhood centers under the UNCOM umbrella offer services similar to those offered at Hull House, and have expanded to include others.

“UNCOM has settlement houses in all distressed zip codes in the city,” Shields said. “Each center has resources to improve the lives of people in Milwaukee and allows UNCOM to work efficiently and as a one-stop shop for cross-community planning.”

Richard Cox, executive director of Neighborhood House of Milwaukee, said that the organization’s International Learning Center, which offers adult and family literacy and employment skills training to more than 700 refugees and immigrants a year, was inspired by the settlement house movement. Neighborhood House also has programs that cater to teens, health, education and environment. 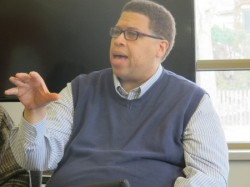 The Milwaukee Christian Center (MCC), founded 92 years ago, was built upon settlement house principles, said Executive Director Karen Higgins. MCC started with immigrant houses, known as “hot spots,” on the city’s South Side. Today, the center offers programs and services to senior citizens and juveniles, and has an emergency food pantry to help needy families survive, just as Hull House did.

Hull House developed programs that focused focus on children and education, and influenced change beyond the walls of the center by pressing local leadership for new public schools, fighting for branch libraries and building the city’s first public playground and bathhouse.

“A parent is the child’s first and most important teacher,” Schneider said. “Our programs offer true extra-curricular activities that help advance students and get parents involved in the process.”

“We gave them a platform to discuss whatever they wanted, and we were surprised at the number of participants that admitted to being victims or knowing victims of teen dating violence,” McHenry said. “That platform allowed us to learn about a crucial issue, and gave us the opportunity to address it.”

Building on the spirit of collaboration seen at Hull House, UNCOM’s model encourages member centers to work together — rather than competing with one another – while remaining unique, Schneider said.

In the last year, UNCOM member agencies have served more than 63,000 local area residents. Programs include preschool, daycare, after-school and teen activities, healthcare, meal and food pantries, home and neighborhood improvement, literacy, adult education, and sports and recreation, according to the UNCOM website.

“The idea of settlement houses and what they originally did is not far from what these neighborhood settlement houses do today, and that is empowering people to become more self-sufficient and providing them with the services they need to push forward with their lives,” Shield said.

2 thoughts on “The Settlement Houses of Milwaukee”