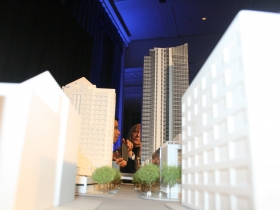 On September 25th plans for Northwestern Mutual Life’s $450 million, 32-story, 1.1 million square-foot office tower were revealed to the public. The focus of the public and the excitement in the room that day revolved around the design of the new skyscraper.  Would it be that “iconic” structure that John Schlifske, CEO of NML, had promised?

That’s up for debate.

But the glassy skyscraper designed by Jon Pickard, of Pickard Chilton, reflected NML’s former “Quiet Company” mantra by projecting stability, grace, even elegance, not the brashness and attention some skyscrapers long for.

Overlooked in the discussion of the project’s design are the parts that actually impact daily life of Milwaukeeans: the common area, publicly accessible portions of the building, and prominently the “inviting” plaza described by Pickard.

NML recently added new renderings to their website which allow you to see these public areas in a little more detail. We provide these renderings below: 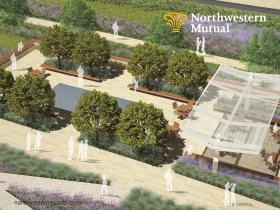 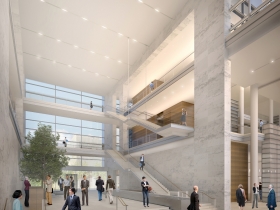 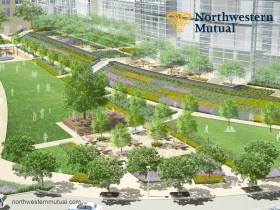 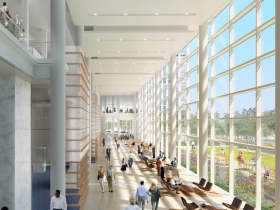 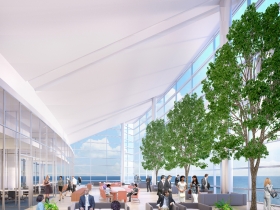 If this video by Building Wisconsin is any indication it looks like the Menominee Tribe has the support of the construction unions, which seems reasonable considering the 1,400 construction jobs the project is expected to create. The message is heard loud and clear: the casino will create 5,000 jobs and put a vacant property back in to service, so what’s not to love? But take note, in this piece “Southeast Wisconsin” and “this region” almost never includes Milwaukee.