Some details remain to be finished, but there are signs of new residents living in Silhouette. Silhouette is the third building completed as part of Mandel Group‘s The North End.  Among the three buildings, One, Portrait, and Silhouette, there are now 238 luxury apartments, a soon-to-be-completed riverwalk segment, a street, and an nearly-complete public plaza where a toxic tannery once stood.

Just this past Wednesday Mandel Group rolled out Denim Park, the new plaza on the corner of Water and Pleasant streets, to the public by holding the first concert of the Denim Park Summer Music Series.

What’s next for The North End?

In March Sean Ryan, of the Business Journal, reported that Mandel Group was seeking tax credits for the $60 million third phase of The North End, which would include 180 apartments and a grocery store. 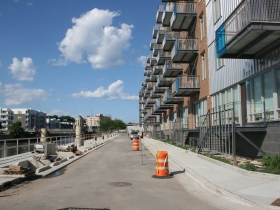 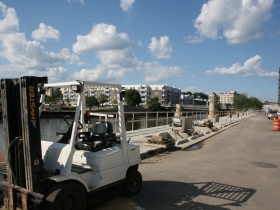 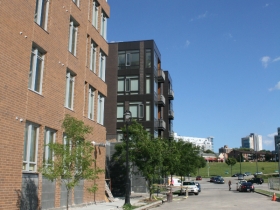 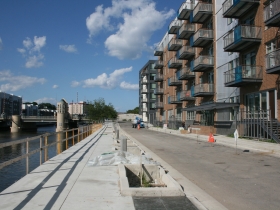 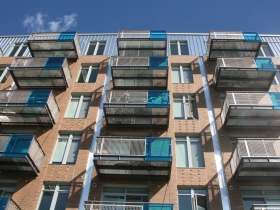 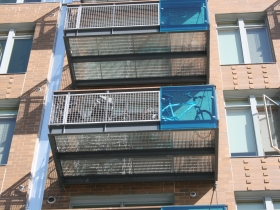