A 53-unit apartment building is proposed at a controversial site on Holton Street.

Vangard Development Group, LLC, led by Kalan Haywood, is proposing a 4-story residential apartment building for the corner of N. Holton and E. Brown streets in Brewers’ Hill. Vangard will go before the City Planning Commission on July 15th, 2013 to request an amendment to an existing Detailed Planned Development (DPD) for the site.

The original DPD was approved in September 2007 when the site was being planned to be developed into a five-story mixed-use building. This project, led by Tim Olson of Olson Management Group, was delayed for a year by the Common Council as Olson owed the city back taxes. A July 2007 Journal Sentinel story by Tom Daykin quotes Ald. Michael Murphy‘s thoughts on approving the zoning request for the project: “I’m not sure we want to reward bad behavior.” The Common Council eventually approved the DPD in September 2007, according to a story by Ellen Warren for the Riverwest Currents, once Olson paid “$318,000 in overdue property tax payments and $37,000 in overdue fines for uncorrected code violations.” But the project never got of the ground, and this new proposal has since emerged. 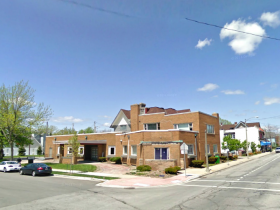 Existing building on the site.

The current proposal, known as Ingram Place Apartments, designed by Korb Tredo Architects, will be a L-shaped building, fronting Holton St. and Brown St., with no retail and 53 residential units, including 27 two-bedroom and 26 three-bedroom units. There will be pedestrian access to the building from Brown St., a fitness center, community room, and 62 parking spaces. The facade will primarily be made up of burnished block masonry and corrugated metal panel, with an aluminum entrance on the corner. To make way for the new apartment building, a long vacant funeral home at 2001 N. Holton St. will be demolished. 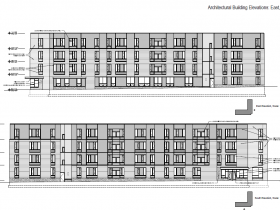 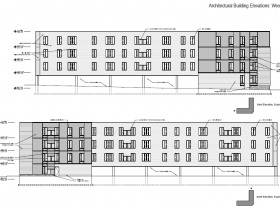 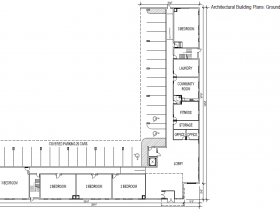 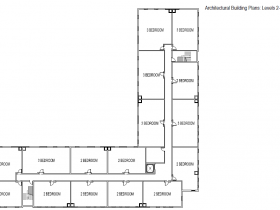 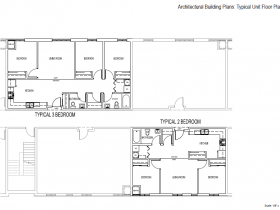