Today marked the official unlocking of Milwaukee’s first bike-sharing station. The demonstration B-Cycle station currently has 10 bikes and is located in front of Discovery World. The bikes are available at $8 for the first hour, and $5 for each additional half hour.

This morning Bruce Keyes, of Midwest BikeShare Inc., told the crowd, during the official launch, that by March 2014 there should be 240 bikes at 24 stations,  including ones at US Bank, Schlitz Park, and Library Hill Apartments.  Keyes thanked the Brico Fund, Local Sustainability Matching Fund Awards and the City of Milwaukee for supporting the project.  He mentioned that membership rates weren’t finalized but should be in line with similar systems, approximately $70 for a yearly membership.

“We are proud that Milwaukee is taking an important step,” said Keyes, adding that this first step will be followed up with a larger rollout in 2014. Brian Conger, from B-Cycle, explained that Milwaukee is following a pattern similar to Houston, TX, which rolled out with a small system and quickly expanded.  As Kevin Hardman, Launch Director Midwest BikeShare Inc., put it: “biking is believing.” Meaning that once people tryout bike-sharing they will become believers.

Barry Mainwood demonstrated how easy it was to use the station and let Mayor Tom Barrett give the system a whirl, locking and unlocking a bike. And so began the bike-sharing system in Milwaukee. 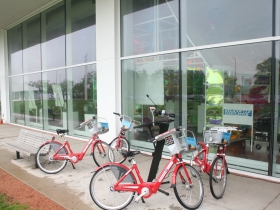 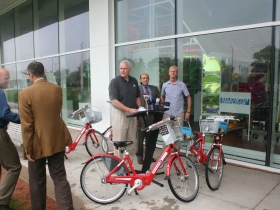 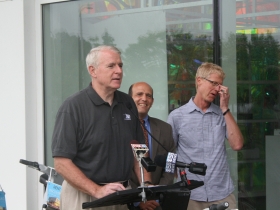 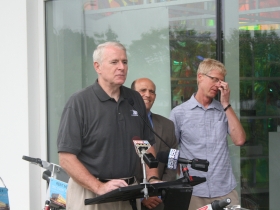 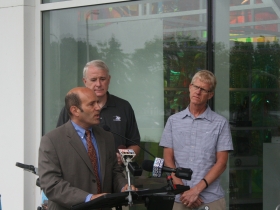 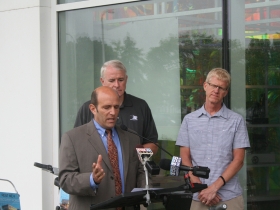