The Demolition at MIAD

Demolition has started at 252 E. Menomonee St. and soon MIAD's six-story residence hall will go up in the Third Ward.

The first stage of  Milwaukee Institute of Arts & Design’s new residence hall project got underway recently as crews began demolishing 252 E. Menomonee St., in the Historic Third Ward. MIAD will manage the student operations while General Capital Group will develop and own the six-story residence hall, which was designed  by Engberg Anderson.  Once complete the building will include student housing and two retail slots. One of the retails slots is planned as a restaurant with outdoor seating while the second slot is rumored to be a relocated Utrecht store that will go under the parent company name of Blick Art Materials.  If construction goes as planned the facility will open to students in 2014.

Our photos show the beginning of demolition and we’ve included the project renderings of what the completed residence hall will look like. 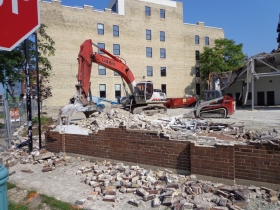 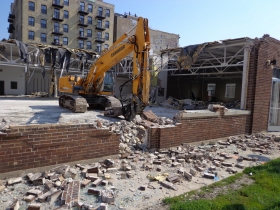 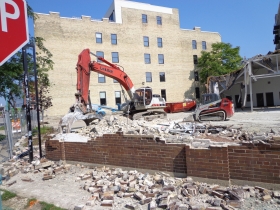 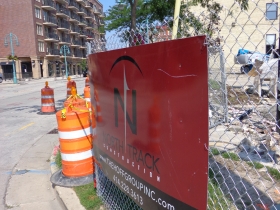 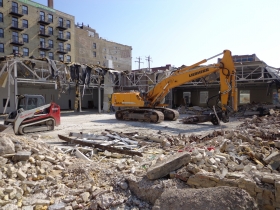 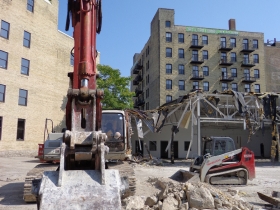 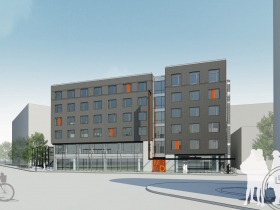 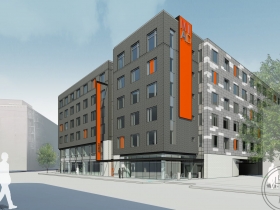 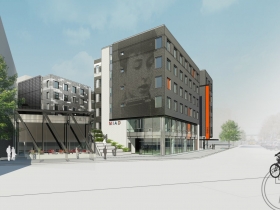 5 thoughts on “Friday Photos: The Demolition at MIAD”