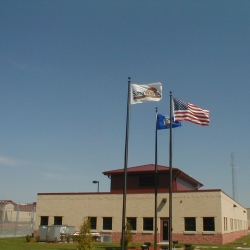 At an average cost of more than $141,400 per year, Sexually Violent Persons—SVPs or sex “predators”—are among the most expensive patients your tax dollars pay to lock up, feed, keep healthy and treat.

For example, that $141,400 is more than four times the average cost to house an adult in a state prison for a year.

And, last Wednesday, 351 SVPs were at the Sand Ridge Secure Treatment Center in Mauston.

If those 351 stay at the facility this year—and officials say most stay an average of between seven and eight years—the cost to care for them will be $49.6 million.

It will actually be more because $141,400 was the average cost of a Sand Ridge patient last year, according to the Legislative Fiscal Bureau.

Why is the cost so high?

Kevin Moore, deputy secretary of the state Department of Health Services, said in a recent WisconsinEye interview that Sand Ridge must not only provide 24/7 prison-like security, room and board, but also adopt new, better treatment methods as they become available. Sand Ridge requires about 1.5 employees for every SVP.

Another 30 SVPs were on supervised release last Wednesday, state officials said. Although they had been deemed safe enough to live on their own, it still cost an average of $96,800 last year to keep and monitor each one.

In his first year on supervised release, an SVP can only leave home to go to a job, worship, or care for basic living needs—and each must be accompanied by a Department of Corrections escort whenever outside that residence.

What nobody knows is how much public safety that $52.5 million—$49.6 million for Sand Ridge patients and $2.9 million for SVPs on supervised release—bought, or how many sex assaults or murders didn’t occur because would-be attackers were locked up or closely monitored.

In 1993, when Wisconsin joined other states and enacted the law to commit SVPs about to be released from prison or a juvenile detention facility, there was no way of predicting treatment costs that high.

The SVP law—Chapter 980—requires that state Justice Department officials and the district attorney from the inmate’s home county see interviews and evaluations compiled by the state Department of Corrections on inmates ending their terms.

If the Justice Department or local prosecutor believes the inmate to be an SVP, the judge is requested to commit the inmate for treatment at Sand Ridge. In that legal proceeding, the inmate has a right to be represented by a lawyer.

Under the law, an SVP is sent to Sand Ridge if a judge finds the person more likely than not to engage in sexual violence again.

Because Sand Ridge is a treatment center, it is run by the state Department of Health Services—not the Corrections Department. With its razor-wire perimeter fences, Sand Ridge looks like a prison.

But SVPs are not prison inmates; instead, they have been ordered locked up to get treatment after serving prison sentences for sexual assaults or aging out of juvenile detention facilities.

At Sand Ridge, patients are asked to begin treatment, and about 80 percent agree, seeing it as the only way they might be released someday, Moore said. The 20 percent who refuse treatment stay locked up with no chance of release.

About 100 of the SVPs have been discharged, which means released, ordered to wear monitoring devices and register as sex offenders. They were not on supervised release.

Overall, only 1 percent or 2 percent of all those convicted of sexual attacks end up being committed as SVPs, Moore estimated.

The age of Sand Ridge residents varies widely. Moore said one former patient was older than 100 but had a record of sexually attacking “once a decade.”

One thought on “Taxpayers Pay Big for Sex Predator Treatment”