The Pirate Party is a worldwide movement to make governments more accountable through transparency and reform of patent and copyright laws. It supports the United Nations Declaration of Human rights, including the right to join unions and collectively bargain, and considers corporations to be “neither citizens nor people.” This left-wing alternative to conventional politics has a Wisconsin affiliate organized and incorporated (as a cooperative, naturally) by Milwaukeean Joe Klein, who has long been active in politics. Klein ran third in the primary race that later gave us Scott Walker as county executive, and he has served several tours of duty overseas as a member of the Army National Guard. So Joe and his fellow pirates are organizing a public rally and convention to spread their message. In the time-honored populist / Socialist tradition, this rally will be held outdoors at Red Arrow Park on June 29th 2013 from 10 a.m. to 2 p.m. No backroom deals for this outfit! Among things on the program, the party plans to announce its candidate for governor at the rally. 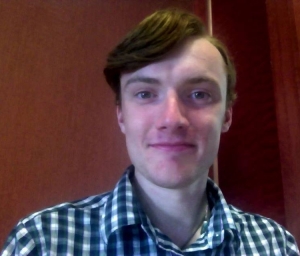 This is expected to be Francis Klein, the son of Joe and Mary Jo Klein, who is finishing his freshman year at the UW-Madison. Francis represented the 3rd Aldermanic District on the City of Milwaukee Youth Council, was a member of the Model United Nations and is in all other regards a pleasant young man. His lack of a college degree should not be a setback for his gubernatorial aspirations, and Scott Walker also has nothing on him scout-wise, since Francis is also an  Eagle Scout. And it is not the first time Francis Klein has taken on a Walker to become governor of Wisconsin. He was a delegate to Badger Boys State (another thing in common with Scott Walker) and ran for Governor in 2011. His opponent, Matt Walker (representing fictional Walker County) is the son of Scott Walker, and of course he won that election, which sure smelled fixed from this vantage point. Joe Klein said he is ready for the rally, and has spent about $1,000 out of pocket for the park permit and required insurance. “The insurance company got quite concerned when I mentioned the political nature of the rally,” he said.  [More on the Pirate Party here.] 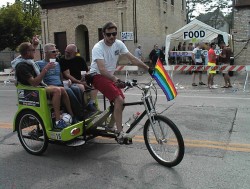 Joe Pabst and friends cruise through the Pride Parade aftermath on a chauffeured bicycle. It’s the way to go for special occasions like this. Photo by Michael Horne.

County Executive Chris Abele and former parks director Sue Black were able to get together again — at a safe distance, and under the watchful eye of thousands of participants and spectators at the Gay Parade on S. 2nd St. on Sunday, June 9th, 2013. After the parade Abele walked down S. 2nd St. past Shakers Cigar Bar. He said the Pride Parade was his favorite “because it’s the most fun.” That should inspire the Hibernians to spice up their St. Patrick’s event next year. Sue Black spent her after-parade time at Walker’s Pint. Now that she is the owner of a professional soccer team, she must adjust her schedule somewhat. Did you know, for example, that November is draft season for indoor soccer? Well, it’s a fact, and Sue plans to be ready to bring new talent to the Milwaukee Wave. 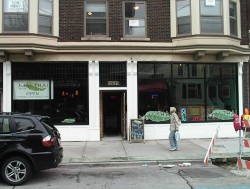 Mai Thai Restaurant has a new facade replacing the ugly bricked-up front that had disfigured the building. Photo by Michael Horne. 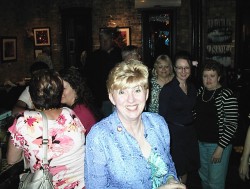