Does Wisconsin Really Have a “Skills Gap”?

Journal Sentinel stories continue to insist we do, but a new study says no. 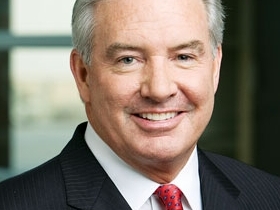 It’s been fascinating to see how the issue of the “skills gap” plays out in the press. Yesterday’s Milwaukee Journal Sentinel had a front-page, top-of-the-fold story telling us the Metropolitan Milwaukee Association of Commerce is working to attack “the region’s skills gap” — the alleged mismatch between the skills of area workers and the jobs employers need to fill. Others, including many academic researchers, suggest no gap exists and companies simply refuse to pay a competitive wage. Little of that research has made its way into the newspaper, but yesterday’s story, lo and behold, began to give some ground on the issue.

For years, the newspaper’s answer had been clear cut, with a dozen or so news stories that told readers there was a skills gap, and particular attention paid to one of the theory‘s key proponents in Wisconsin, former Bucyrus International CEO Tim Sullivan. He wrote a long report for Gov. Scott Walker that suggested, among other things, that the state’s education system needed to be changed to address the issue. The Journal Sentinel did a couple editorials touting the report, which was released in August 2012.  Yet when a study was released in February 2013 by UW-Milwaukee researcher Marc Levine that seemed to blow large holes in the skills gap theory, the JS offered no news coverage or editorial discussion.

In March I did a column noting this and suggested the Journal Sentinel wasn’t sharing the whole story with its readers. I also cited a 2012 survey by Manpower of U.S. employers who have trouble filling job openings which found that 54 percent of workers turned down the job because they expected higher pay. When the Journal Sentinel reported on that survey, its story (by reporter John Schmid) did not include that statistic.

Yesterday’s JS story, again written by Schmid, offered the paper’s first news coverage of Levine’s study, albeit four months late and buried on the story’s jump page. And in the story’s final paragraph, Schmid included the figure from the Manpower survey he hadn’t previously reported.

Did my column have some influence on the paper? Perhaps. Or maybe doubts were raised by a far-less-prominent story that ran in early April: Milwaukee Area Technical College held a job fair that could have introduced companies needing welders to 50 job candidates, but “few employers” showed up, as the Milwaukee Journal Sentinel reported. If companies are so in need of welders, why didn’t they come to the job fair?

Schmid, however, ignored this event in yesterday’s story, even as he laid great emphasis, once again, on a supposed shortage of welders. He also noted that GenMet Corp. in Mequon is “one of the companies that have complained the loudest about the inability to hire skilled metalworkers,” but ignored a New York Times story that found this company was offering a starting wage of $10 an hour.

Schmid also ignored a new study by the LaFollette Institute which concluded there was little evidence of a skills gap in Wisconsin.  The report got some coverage in the Business Journal and Madison’s Cap Times, but there was no apparently no room to discuss it in Schmid’s 1,300 word, 35 paragraph story.

The LaFollette study reviews recent reports about Wisconsin’s skills gap and notes that Levine’s report “makes the most comprehensive use of economic data.” By contrast, a 2012 report by Competitive Wisconsin which concludes Wisconsin will face shortages of workers, “does not provide enough information to replicate the analysis,” while Sullivan’s report contends there’s a skills gap but “does not attempt to numerically measure the skills gap.” This latest study ultimately concludes that its own analysis of economic indicators “does not provide evidence that a skills gap exists large enough to be detected by those indicators.”

Schmid reports that the MMAC intends to create a pilot program for welders in conjunction with MATC. But MATC already offers a welding degree and, as his story notes, works closely with representatives of Milwaukee companies. Schmid writes that the MATC’s welding program “has come under heavy outside criticism in recent years,” which strikes me as a tad exaggerated. Yet this is now turning into a true-ism for the paper, though it has done no story examining the program and its alleged failures.

What Levine and many academic researchers have suggested is that a lack of workers for certain jobs suggests the companies are not offering enough money and workers are holding out for more, which is exactly what the Manpower survey found. It’s a simple case of supply and demand. Schmid offers some evidence that there has been a shortage of welding applicants in the last year, but is this because there aren’t enough trained welders available (which Levine’s study deputes) or because companies aren’t offering a suitable wage?

Curiously, Schmid’s story never directly addresses this but toward the end of his article notes that wages in Wisconsin declined by 2.2 percent in the most recent 12 months period. He offers no statistic on welding wages in Wisconsin yet contends the 2.2 percent decline is relevant and is due to global pressure on wages. Perhaps, but it’s worth noting that many American companies are enjoying historically high profits and that American CEO salaries have for many years been much higher on average than in other countries for comparably-sized companies. If companies need to reduce costs to compete globally why aren’t they trimming (or simply holding the line on) salaries in the executive suite?

There are increasing signs that American companies are moving jobs back to the U.S. because of problems they’ve encountered overseas. They will continue to need good American workers, in welding and other fields. There may well be some occasional mismatches between workers’ skills and jobs that need to be filled, but the clear conclusion from researchers who’ve studied this is that it’s not a widespread problem in this state or the nation. Yet Schmid in particular and the newspaper in general are leaping to the conclusion — largely based on anecdotal evidence — that there are wholesale problems with training of workers by institutions like MATC.

-Last week I wrote about the Republicans’ questionable elections bill which appeared to be fast-tracked for passage. The bill was widely criticized, and remarkably, GOP legislators backed off — at least for now — on the bill and are instead pushing a bipartisan proposal that would allow online voter registration on a secure state website up to 20 days before an election and would also double the dollar amount allowed for donations to state politicians. The latter measure is a bad idea and will simply drive donations higher for incumbent politicians of either party. But the website registration is a good idea that will drive the turnout for all voters, Republican, Democratic and independent. And at this point its almost a miracle to see any bill with bipartisan backing.

11 thoughts on “Murphy’s Law: Does Wisconsin Really Have a “Skills Gap”?”